Recently, a series earthquakes hit Indonesia’s center part, taking thousands of lives in just a short moment. Not only that, the earthquake in Palu, Sulawesi, was followed by a great tsunami wave and wiped out houses whichever it passed through.

Earthquake is a natural disaster feared by everyone indeed, since it is unpredictable in both its coming and what will it take. However, even if we still cannot predict when will it strike again, at least we can prepare ourselves for upcoming strikes by making sure we have the right protection shelter against the disaster.

Yes, even in this modern day technology, there is still no man-made device to be able to predict when and where an earthquake is going to happen. Yet, we have developed various architectural technologies to prevent buildings from collapsing during an earthquake. 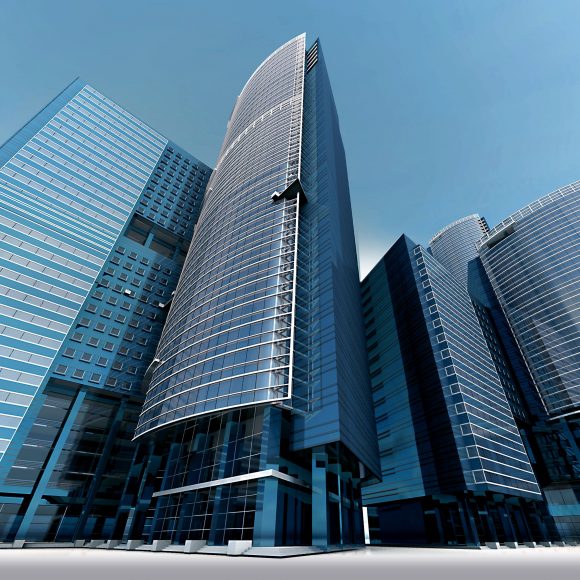 First thing to tell is that no design of building nowadays is completely immune to earthquakes. However, some buildings are built with such features and considerations to make it able to withstand earthquakes to some point that conventional buildings can’t.

Such kind of buildings can be found in countries which are prone to earthquakes for many reasons, such as countries passed by tectonic plates or cities that are near volcanoes. The examples are Japan, Indonesia, Philippines, and Hawaii.

Earthquake-resistant architectural methods are applied into many aspects of the buildings, such as materials used, architectural designs in its foundation, even the presence of shelters. Say for example is the use of chicken claw foundation to prevent the vibration from affecting the building much.

Another method commonly used is using steel-plate wall to prevent the building from collapsing during an earthquake. This method is commonly known as steel plate shear wall or SPSW, which concentrates on entirely withstanding seismic activities instead of minimizing shaking on the building.

The first method is an innovation discovered by Theo Setiaji Suteja, from Lombok, West Nusa Tenggara, Indonesia. Suteja built major part of his home using unused paper waste. “If you try to knock the wall, you will notice that it is paper,” he said to Jawa Post.

Suteja built about 60% of his house using paper waste after witnessing with his own eyes how so many papers, which are made from trees, are being thrown away recklessly around his home. “Since then I thought, why don’t we use the paper waste to build houses?” he said.

What he pointed out from paper waste is that every single sheet was originally a part of healthy and sturdy tree which is cut down by paper companies. “If we do that (building house from paper waste), imagine how many trees we can save,” said Suteja in his interview with Jawa Pos.

Indeed, it is stronger than conventional houses. When 7 Richter scale earthquake hit Lombok at the end of July 2018, Suteja said that he just stayed at home, praying for his relations to be saved from the disaster.

He said that to build his house he needed about 5.000 tons of paper waste. Not only that, he also used the same mixture he used to make paper brick to make his own furniture. Imagine how many trees can be saved every day if we use the paper brick to build every house all around the world. 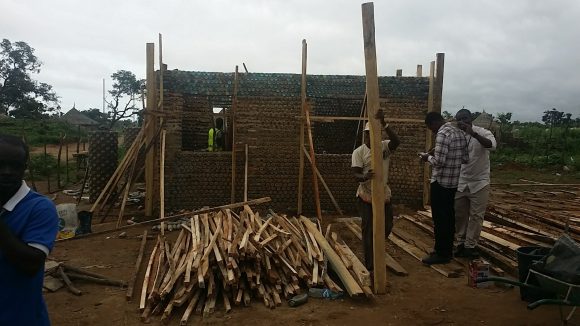 The second one is not less green or earthquake resistant than that paper brick mentioned above. But this architectural innovation comes from a country far away from Indonesia. This time, we are visiting the country in the heart of Africa, Nigeria.

Nigeria is a third-world country, and people there are in serious housing shortage. While on the other side, there are so many plastic bottles littering the streets. Combining those two facts, you can imagine the condition of the country.

But if you have so many plastic bottle littering the street and so little housing for the people, what can you do? An idea to fix both problems at the same time was first conducted by the Nigerian-based non-governmental organization (NGO), Development Association for Renewable Energies (DARE).

After being tested with many disastrous conditions simulation, houses built with plastic bottle bricks can withstand earthquake, fire, even gunshots! Not only that, the housings can also maintain interior temperature of 64 degrees Fahrenheit (about 18 degrees Celsius) all year round.

This is a great feature to own by a house, especially in regions prone to temperature problems, conflicts, and disasters like Nigeria. It is similar to killing a flock of birds, not just two, with just a plastic bottle.

Yes, don’t forget that it is made of unused plastic bottles which will pollute the environment too. Maybe both of those housing innovations, the paper brick and plastic bottle brick, deserve more shout outs.