You are here: Home / Hello Earth / We Are Not Alone, Hurricanes Also Affect The Wildlife Badly

Economically, the hurricane caused more than $38 billion in damage, which is the sixth costliest tropical cyclone in the history. The calculation is not final, since after the hurricane go away, the flood it caused is still taking its tolls.

Hurricanes indeed one of the worst natural disaster, even Noah built the arc to defend his people. And Florence is not the only hurricane that costs us billions of dollars in cash and much more loss from victims’ lives.

The Last Of Them 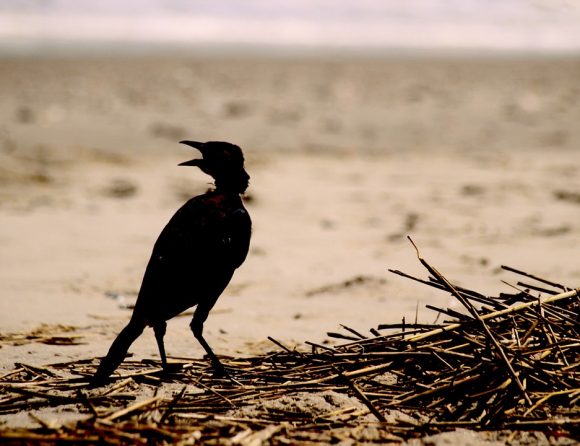 Natural disaster is never a good news, both for us and animals. Especially those few who carry the mission to keep their existence on earth. There are 7 billions human living on this planet and we are still worrying about our existence, so what about those with lesser numbers?

Yes, any natural kind of disaster, including hurricane, is potentially capable of wiping out the entire population of living organism. And those endangered ones are under bigger threat. Remember when dinosaurs were wiped out by a single meteor strike?

In example, hurricane Irma that struck south Florida in September 2017 tore Key Deer National Wildlife Refugee. It caused 20 federally endangered species living in the area under the threat of extinction because those species cannot be found in any other locations on earth.

“I imagine they did everything from hiding behind garages to hunkering down in bunches of vegetation to running wildly through the street—it worked out well for some, it worked out poorly for others,” said Dan Clark, the manager of Key Deer National Wildlife Refugee.

If It’s The Beaches 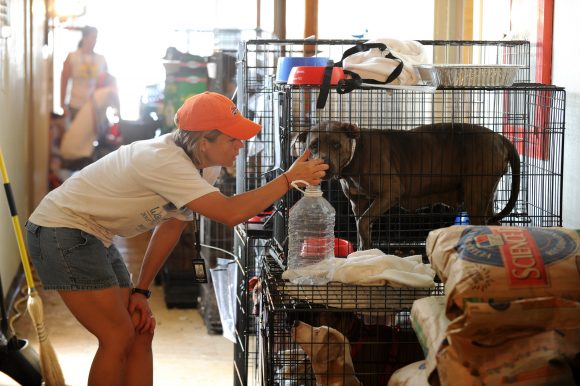 The case is pretty different with recently happening hurricane Florence. The hurricane didn’t strike a specific place where endangered animals are living, but it covered a huge area around south-east or United States and Bermuda.

But different case of natural disaster means different problems to be faced. Although the category 4 hurricane did tear apart residences, but the one natural environment being affected the most by hurricane Florence were beaches.

“Beaches are a dynamic system but large storms do have the potential to cause problems for nests and hatchlings,” said the research ecologist at the Georgia Sea Turtle Center, David Steen, to National Geographic.

Hurricanes are often accompanied by heavy rain and strong winds, both of which potentially cause flood. When beaches getting flooded, it pose threats to animals nesting in the area. The example is sea turtles, that lay their eggs under the beach sand.

The reason why sea turtles lay their eggs under beach sand is because they want to protect the eggs from external harm, while hurricanes expose the eggs to threats instead. “Submerging nests for a prolonged period of time will reduce their survival, and some storms may even have the potential to just wash them away,” Steen explained.

Blown In The Wind

Another group of animals that receive the biggest impacts from a hurricane are the traveler animals, or those migrating animals. Those animals migrate from one place to another not because they are on holiday, but because they need to do it.

The best scenario that can happen to them is rerouting themselves back to their original home ranges. While the worst thing that can happen is being caught in the hurricane, weakened, injured, and eventually die.

Hurricane Irma, hurricane Harvey, and recently hurricane Florence happened during annual fall migration. Because of that, the birds’ annual migration was delayed or canceled, in some cases the delay lasts forever.

“The storms expose already tired and vulnerable sooty terns to some of nature’s most powerful weather patterns,” said Ryan Huang, a doctoral student at Duke’s Nicholas School of the Environment in his study.

“That means these birds, who are usually very tired from traveling long distances over water without rest, are flying head-on into some of the strongest winds on the planet,” he continued. And indeed that was the case in all of those three hurricane strikes.

Just as how hurricane victims are suffering because of their loss of homes, animals are feeling the same thing too. The violent winds and flooding happen in natural environments too, not only in residential areas.

“In 1992, Hurricane Andrew brought incredible wind velocities onshore and knocked down as many as 80% of the trees on several coastal Louisiana basins, such as the Atchafalaya,” as stated by National Wildlife Federation.

But that’s not the only way how animals are losing their homes, some animals just get lost. In example, after hurricane Katrina in 2005, a marine ecologist from Louisiana State University, Nancy Rabalais found an alligator under water of Louisiana Coast.

“At the site where we were diving was an alligator that had apparently been transported offshore about 15 miles,” she said. Alligators are not traveling animals that love to move from one water to another, thus the only chance that the animal could get there was only being carried by the hurricane.

Sympathy and attentions are paid towards those who are victims of hurricanes. But at this point we should know that humans are not the only ones who suffer from the disaster. Other living organisms starting from the smallest ones are having it too.