Needless to say, we all understand that coal is the dirtiest fuel human kind ever consumed. The burning of the fuel alone contributes to climate change exceeds all other sources and becomes the biggest threat to earth.

However, it is still our largest source of electricity all around the world. In total, more than 40% power plants on earth are using coal as its fuel. Thus, we can say that in this current state, our electricity consumption is the biggest threat to our planet.

To fight the threat, many countries in the world have researched the alternatives for coal and that’s why nowadays we come to gas plants, nuclear plants, windfarms, and solar plants. All those alternatives are built to avoid further destruction brought by coal burning.

But apparently, a United States company, Southern Company that owns Kemper County Energy Facility said that in the future coal plants will still be able to conquer the energy production with its ‘cleaner’ method. In this case, the company in 2014 suggested ‘clean coal’ to be the term.

“The carbon footprint is essentially the same or maybe even less than a natural gas plant that doesn’t have carbon capture,” said Randall Rush, the engineer of Southern Company. The clean coal plants were said to be able to strip two third of coal carbon dioxide emissions. But is it true? 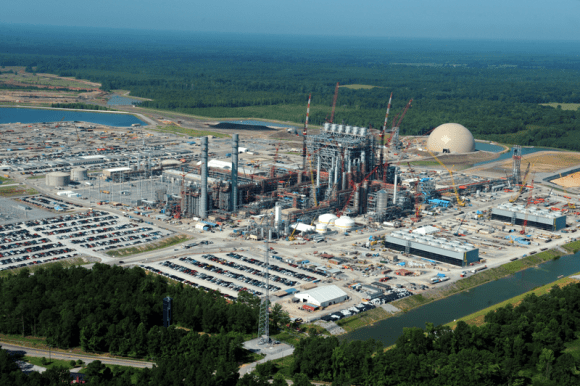 The clean coal plants project drew the attention from all over the world since it was first coined. Officials from Saudi Arabia, Japan, and Norway were awe-struck by the complexity and advancement of the technology of the sophisticated power plant.

Even the director of Climate Technology Center and Network of United Nations, Jukka Uosukainen said that he was impressed by it. “Kemper is an example of how maybe using coal in the future is possible,” he said at 2014.

Being built on $7.5 billion cash, the power plant promised to supply power for America’s states with the lowest incomes using the world’s least efficient and abundant kind of coal, lignite coal. Not only that, they also promised to make their energy contribution would be least harming to the nature.

Those all were from four years ago, but apparently optimisms about this technology still lingers up to nowadays. Current President of United States of America, Donald Trump, stated that clean coal is a beautiful way to solve American war on energy. 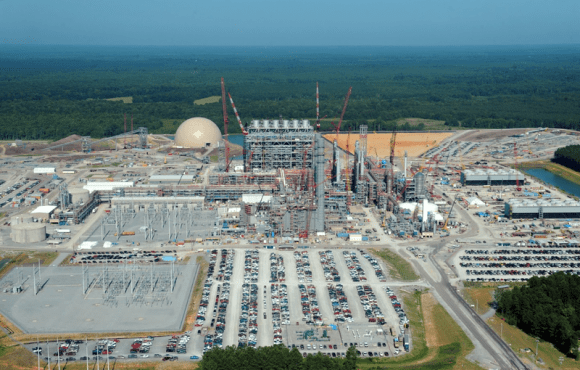 Such huge project carrying such huge dreams of course will not be a cheap one to work on. $7.5 billion construction cost has been spent to build the Kemper clean coal power plant. The problem is, that number was not the original budget cap given to the company.

At the beginning of this project in 2010, Mississippi’s Public Service Commission gave ‘only’ $2.4 billion as the budget, with $480 million more for the hard cap. But the CEO of Southern’s Mississippi Power, Ed Day, said that he thought the budget cap was too low.

“I am less than full confident about a $2.8 billion cap on Kemper. We had gotten comfortable with a cap of $3.2 billion with a start date of May 1st, but now we don’t have a start date,” he said in an email to his circle in 2010 as quoted from The Guardian.

While the difference between the two numbers above might be pretty tight, but apparently construction delays have caused the budget to double in 2014, reaching the number of $5 billion. Thus, the construction being admired by Jukka Uosukainen was actually an overpriced technological concept.

Three years after United Nation’s visit to the construction site, the cost of constructing the clean coal power plant has tripled its original budget given by Mississippi’s Public Service Commission. The final number is $7.5 billion.

Spending $7.5 billion for its construction and hundreds of millions of dollars taxpayer’s money, the construction of Kemper clean coal plants was officially stopped in mid-2017. Southern Company abandoned the dreams they sold for clean energy due to years of missed deadlines and blown-out budgets.

So far, the only contribution that Kemper have given to taxpayers who contributed at least $400 million to the construction was electricity for five days in June 2017. Well, it didn’t seem to be worth the billions dollar price tag.

While misdirecting the issue from the original problems, which are still unknown up until now, the officials of Southern Company let their scapegoats out. They blamed many things ranging from modern competition, bad weather, bad timing, even just their bad luck.

Future Do Or Don’t

Looking on how much money had been spent on the project and how small the contribution it gave to us, apparently it might cause some trouble in the future. Richard Heinberg from Post Carbon Institute said that this blowback would harm our optimism.

Heinberg stated that Kemper have given a bad example of ‘clean coal’ technology. “This was the flagship project that was going to lead the way for a whole new generation of coal power plants. If the initial project doesn’t work then who’s going to invest in any more like it?” he said.

We know that coal plants business begins to crumble in many parts of the world, especially Europe, because there is a reason behind it. Maybe it will benefit us more to concentrate on developing the alternatives than insisting on looking for more expensive ways to burn coals.

While the clean coal strategy to overcome global warming is still doubtful, actually the world has developed many other options to fulfil the needs of electricity. Like mentioned before, eco-friendlier (which are also cheaper) options like windfarms and solar farms might be the answer for the future energy demands.