You are here: Home / The Species / Biologists Found The Hugest Tadpole You Will Ever See!

In rainy season, in the puddles around your house, you might find some tiny tadpoles swimming in it. They appear so puny and cute there, at least when you don’t hate frogs or imagine what kind of animals they will be.

Most of those tadpoles are no bigger than your teeth, making them look vulnerable than dangerous or threatening. But what if someday you find a tadpole the size of a newborn baby? Will it change your perception about them?

Well, it is not a fiction since scientists in America have fond a tadpole the size of a newborn baby. Is it a sign of future frog invasion? Or is it actually a cursed prince that will turn back to its human form if you kiss it? 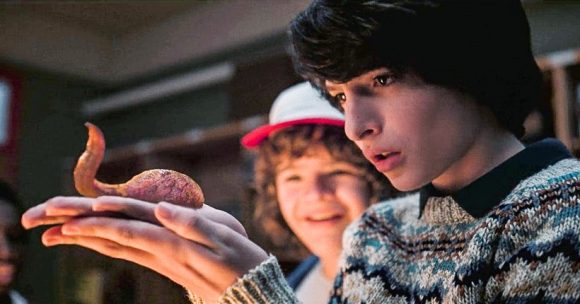 In 14 June 2018, Earyn McGee, as known as @Afro_Herper in Twitter, drew massive attention in the social media platform. The reason is because the herpetologist and PhD student at University of Arizona posted two picture of a baby-sized tadpole.

The gigantic tadpole was found while a team of biologists from Southwestern Research Station were ‘cleaning’ muddy pond from invasive bullfrog larvae. They named the humongous tadpole Goliath, just because it is huge.

“Up here at the Southwestern Research Station there is an initiative to remove invasive bull frogs from ponds. During the removal process they found a tadpole of gigantic proportions. BEHOLD,” she wrote in the caption of the photos.

The bullfrogs they mean in this story is American bullfrogs. American bullfrogs are the largest frog in North America, able to grow up to 20 centimeters long and weigh up to 500 grams each. Not only that, the tadpoles of this bullfrog is also big.

A single American bullfrog tadpole can grow up to 15 centimeters long, according to U.S. Fish and Wildlife Service (FWS). But Goliath is another case, this tadpole is the size of a newborn human baby. Even much bigger than the size of Demogorgon baby in Netflix series Stranger Things!

It was a surprising discovery for the scientists. Although American bullfrog tadpoles are relatively big, compared to other frogs’ larvae, but this humongous tadpole is more than just ‘ordinary’ big. Even the scientists thought that it was a fish, instead of a frog larva.

“At first, she thought it was a fish but when she reached down she was surprised to see a very large bullfrog tadpole. The team named him Goliath,” she continued. The team decided to bring this tadpole to the lab instead of releasing it back since they want to do some examination to it.

The reason why the researchers decided to take care of this tadpole is to observe and examine what happened to this tadpole in the wild, is there any external causes such as some kind of radiation and contamination or was it purely about the abnormality inside its body.

“They are still trying to figure out what caused the condition,” wrote McGee. Rough speculation predicted that this tadpole is under a hormonal imbalance, since there is no nuclear plant near the area that may cause some kind of mutation to this tadpole.

Bullfrogs are considered as invasive animals that will eat just anything the size of their mouths. At first, it will give you the horror about the frog this tadpole will become. But because of that hormonal imbalance, researchers predicted that it will never turn into a perfect frog.

The inner system in this tadpole’s body might not support metamorphosis like what happens in normal tadpoles. Instead, this creature earned the ability to keep on growing bigger. Thus, you don’t have to worry about it growing into a man-sized bullfrog.

“The drawbacks of Goliath’s size is that his respiratory and circulatory system may not continue to support his body size as he continues to grow,” as McGee stated in an interview with LiveScience. It means that the human-baby-sized tadpole will never turn into a frog, just to get the kiss it deserves.

Its inability to morph might shorten the lifespan of the poor Goliath. This gigantic tadpole might not even able to grow swimming feet just like other tadpoles. That’s why, scientists are attracted to examine the creature to find out about how it will spend the rest of its life.

“We are unsure exactly how long Goliath may live without metamorphosing but if it continues to grow it may get to a point where the respiratory or circulatory system will not be able to support the size of the body,” McGee explained. 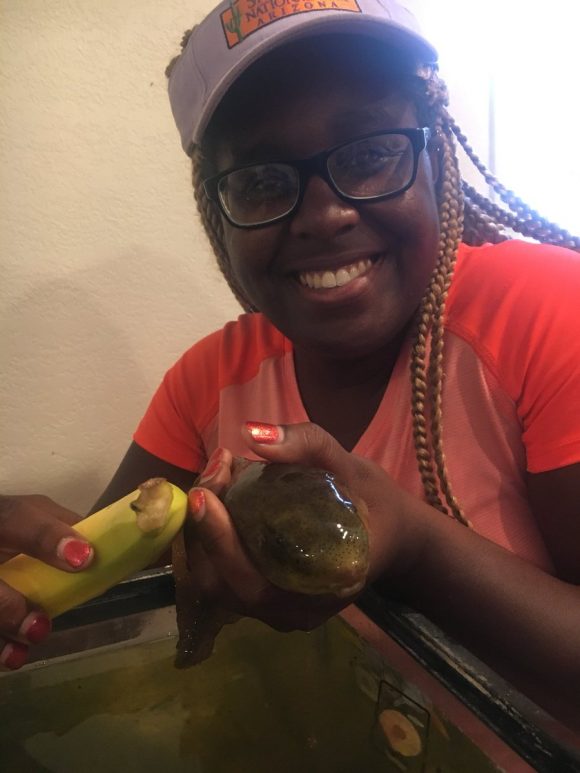 When you find such huge tadpole in the muddy puddle around your house you might be screaming your lungs out. But when you find it on Twitter, you might just want to keep it in your feed. It can be seen from how the tweet that McGee posted drew more than 13,000 likes and hundreds of comments.

Many people are actually interested in Goliath, and many twitter users are indeed keeping track of this creature. In example, a twitter user with the nickname of @KelliKatsura asked to McGee about the latest condition of this gigantic tadpole.

“So the tadpole is not going to turn into a frog. Will it’s size keep increasing? Can it’s age still be determined? Just fascinating,” the user wrote. A good question, since the tadpole keeps on growing indeed. “It’s expected to just keep increasing,” McGee answered.

From Twitter conversation, we can also know that they are feeding this tadpole and take good care of it. A twitter user nicknamed @actualalmonds asked “What do you feed it?”, and McGee answered that they feed it algae.

Some people even called dibs on this tadpole, but “Lots of people have called dibs already lol,” said McGee. She promised as soon as the researchers are able to give accurate information about this tadpole, she will go public about it.

These Animals Have Unique And Strange Defense Mechanisms