You are here: Home / The Species / United We Stand: Even Krill Might Be Able To Change Sea Current

Divided we fall, united we stand. You might have heard about that proverb millions times yet you may also have not got the idea about what does it mean. Well, we can easily explain it to you that it is talking about working together rather than working alone, but that’s just too shallow.

Togetherness is one of the keys to accomplish the impossible things, and that’s more than just words. There are many evidences showing how solid teamwork can bring you the most amazing result, and we can see it from the nature itself.

One evidence is from the tiny sea creature named krill. The simple creature might be the reason why the ocean is moving, and they do it with their solid teamwork. In this article we will show you how krill might affect the ocean current.

The Power Of Thousands 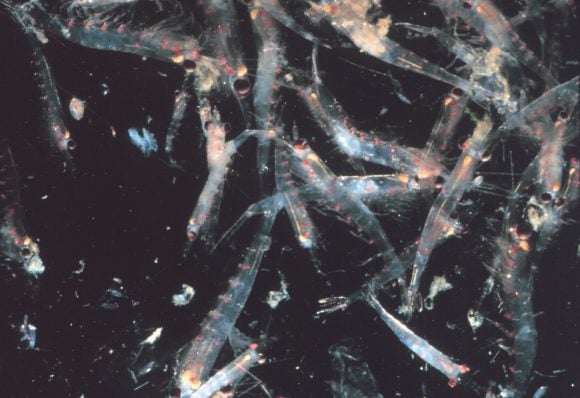 Krill usually swim together in the ocean, and they go to the same direction while doing so. Can you imagine tens of thousands small creatures swimming together closely in the ocean water? They definitely will give some impact to the condition of the surroundings.

This is a serious thing for the researchers, thus they are working on some research to find the fact. A group of researchers conducted a study in Stanford University to measure the impact of the movement of a group of krill to surrounding water.

To perform the research, the researchers filled two giant containers with water and added thousands of krill and shrimps to the container. The tanks were 1.2 meter and 2 meter deep to simulate shallow water and deeper water condition.

The researchers also added some LED lights to imitate the sunlight, because krill use the light to determine whether they should swim toward the surface or away from it. They also added a controlled condition by generating mini whirlpools inside the container.

In this condition, the mob of krill used in the research were directed to swim either upward or downward direction in an almost-real controlled ocean condition. And during this research, the scientists found out that the krill moving naturally in a close group showed intensified impact to the water. 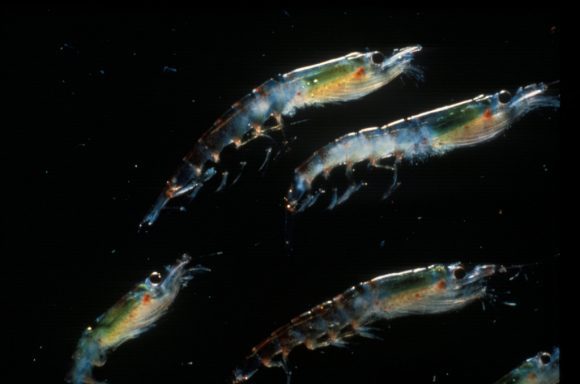 “The original thinking is that these animals would flap their appendages and create little eddies about the same size as their bodies,” said John Dabiri, an expert in fluid dynamics at Stanford University. But apparently the krill used their feet to swim.

This method of swimming is pretty similar to what we do when we are diving underwater, and the movement results in a backward force. “As one animal swims upward, it’s kicking backward,” said Dabiri. But that’s not the only interesting thing about the krill.

Instead of showing ordinary swimming speed and power they show as individuals, the group showed far more advancement in their swimming ability. Measured by the scientists, the chain reaction of kicking movement they make for swimming as a group showed far greater force than it should have been.

The result of the continuous force, the impact wave got stronger with each kicking movement the krill made. The wave eventually extends as deep as the entire group migrating, and scientists predicted that in the real ocean this might be continued up to hundreds of meters.

Nothing Is Too Small 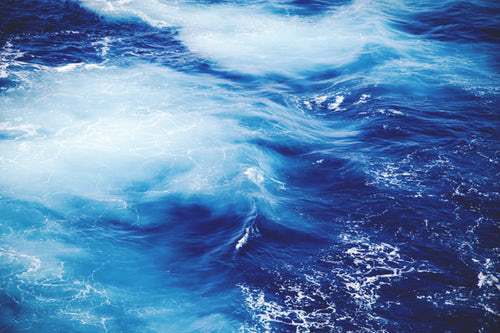 For long, we, even scientists thought that smaller creatures in the ocean have less to none impact to the environment. The krill were also considered to be too small to contribute anything into the ‘mixing’ of nutrients in the ocean.

We know that the nutrients in the ocean keeps being mixed by activities and movements in the sea currents. In example, when a group of whales are moving together, the water they pass through will get swirled. It will result in a kind of nutrients ‘mixing’ from one part of water to another.

But the research showed that it didn’t require such huge creature as whales to do the mixing job. Even krill, considered to be the lower sea creature with puny and powerless appearance can do the job as good as the giant cetaceans.

“At the heart of the investigation is the question about whether life in the ocean, as it moves about the environment, does any important ‘mixing’. These results argue quite compellingly that they do, and strongly counter the concern that most marine life is simply too small in size to matter,” said William Dewar, an oceanographer at Florida State University in Tallahassee.

Clearly it shows how a group of small creature like krill might become as strong as the whales and other bigger sea creatures. In other words, aside from their role in the food chains as nutrients provider, krill also play not less important role to the big water body than bigger animals. 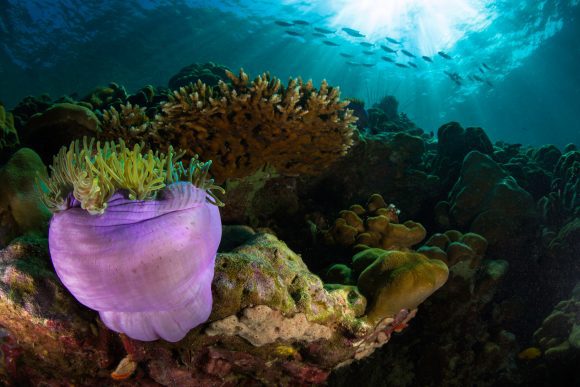 Like mentioned before, the small creature are responsible for the ocean ‘mixing’ too. But what does it mean for ocean when even the small creatures like krill also play important role in this job? It actually means a lot.

In the surface, algae and other microorganisms at the bottom of the food chains live by consuming nutrients in the water. Because of constant consumption by the surface organisms, after a long time, the nutrients in surface waters will be depleted.

On the other hand, deep ocean waters contain the nutrients that the surface organisms need. However those organisms cannot dive deep down to get the nutrients. This is where the importance of ‘mixing’ activity takes place.

In other words, the mixing activity results in circulation of nutrients from the deep waters to the surface to support ocean food chains. From the research, we know that krill also play their role in this important job too.

“I don’t think it’s going too far to say the animals are doing a little farming,” said biologist Mark Huntley at the University of Hawaii at Manoa to National Geographic.