Some time ago, on the internet, we saw a design plan of a wide bridge over a highway built for animals so that they can move safely to the other side without the risk of being hit by vehicles. This idea is nothing new, for it’s been patented in the 19th century, and some countries and cities have their own versions of this.

However, we’ve yet to see the one in Los Angeles’ 101 Freeway constructed. But don’t worry, it’s in its final design phase now. Called the Liberty Canyon Wildlife Crossing, this bridge is going to provide safe passage for lions, coyotes, deer, lizards, snakes and other wild creatures. After the design, groundbreaking will be done within the next two years and the bridge is going to be operational by 2023.

This crossing will enable Southern California’s native wildlife to roam around the urban area more freely. As we all know, animals hoping to cross the highway are at high risk of becoming roadkill. Consequently, most are essentially trapped in the Santa Monica Mountains, unable to venture out in search of food and potential mates.

“This ecosystem needs to be reconnected for all wildlife. Segmentation impacts animals both large and small: lizards and birds up to mountain lions,” said Pratt.

It might not sound like a big deal, since animals have been crossing the highway all the time before, albeit risking themselves in danger. Unfortunately, this limited geographic range poses a particular threat to mountain lions. 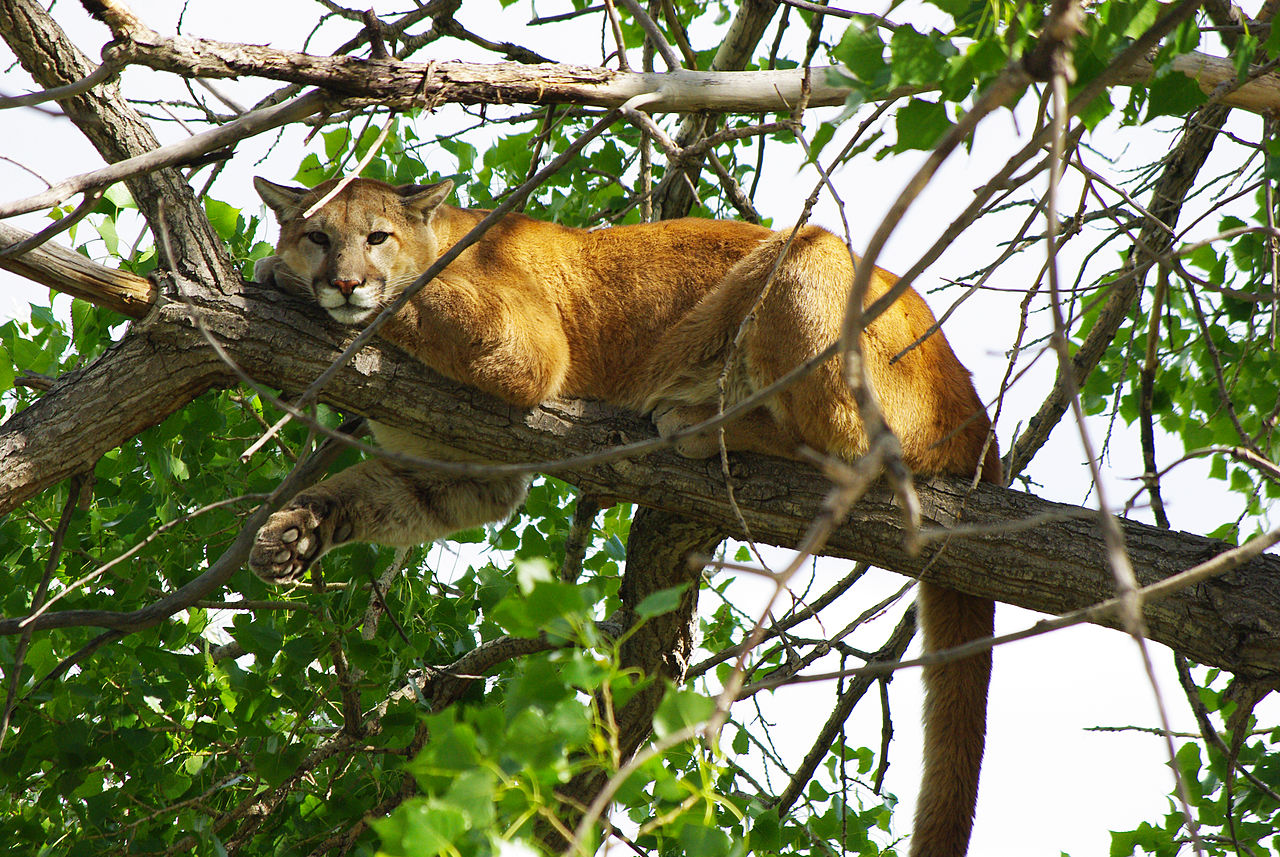 According to a study published in the journal Ecological Applications, two isolated populations in the Santa Ana and Santa Monica Mountains face extinction within the next 50 years due to low genetic diversity and mortality linked with human activity and environmental changes.

“This is an animal that is particularly beloved in California,” Pratt said, stated that California is the only state that doesn’t allow mountain lions to be hunted for sport. “We want these animals on the landscape, and the population will go extinct if we don’t do something soon.”

Therefore, connecting solitary big cats with other members of the species is important. And Liberty Canyon overpass could curb mountain lion inbreeding and reintroduce genetic diversity to local populations.

“When the freeway went in, it cut off an ecosystem. We’re just now seeing impacts of that,” said Beth Pratt, director of the National Wildlife Federation’s California branch. “They can’t get out of here to get dates, and cats can’t get in to get dates. … For those of us in L.A., having a romance prospect quashed by traffic is something we can all relate to,” Pratt went on.

According to Pratt, the National Park Service has been doing research at the site of the corridor for almost twenty years, but talk of a tunnel or crossing got serious a decade ago. That idea has quickly gained steam: the corridor has raised $13.4m from private donors. “It’s been a long legacy with all our partners but this current push for a structure – and an overpass – has moved quickly.”

80% of the funds needed to construct the $87 million bridge will come from private sources, while the remaining 20 percent will be drawn from public funds allocated toward conservation campaigns. According to authorities, the Liberty Canyon Wildlife Crossing will be not only the first of its kind built near a major metropolis, but the largest in the world.

#SaveLACougars campaign report stated that the proposed design features a 50 by 60 meters bridge that will be constructed at the freeway’s 33.0 mile marker. Stretching across 10 lanes of highway traffic, the overpass will also include an extension above nearby Agoura Road. This bridge will be designed to be like an extension of the surrounding mountainside. There will be extensive plant cover, as well as sound- and light-blocking barriers.

Crossings like these was first introduced in France during the 1950s, such crossings are popular in Europe and becoming increasingly common across the world. Last December, cameras spotted the first wild animal to use an overpass built above Washington State’s Interstate 90, and in October, California opened its first wildlife crossing at a spot near Temecula, around 96 kilometers north of San Diego.

Clark Stevens, an architect with the Santa Monica Mountain’s Resource Conservation District said, “Ideally, the animals will never know they’re on a bridge. It’s landscape flowing over a freeway. It’s putting back a piece of the ecosystem that was lost.”

“The science tells us this is the better design. Some animals will use tunnels, some will not. We looked at the best solution for all wildlife so all creatures can use this,” said Pratt.

The project has received attention from Kansas to Hong Kong. Additionally, celebrity Leonardo DiCaprio has been a supporter. And during the public comment period, there were 9,000 positive comments.

Pratt sees the project as aspirational it’s not an easy job when you have to build a bridge that mimics the real habitat of the wildlife with 300,000 cars traveling under this particular stretch of freeway every day. “We’re doing this in LA, a city of 4 million people. If LA can do it, it can work anywhere. Even in a giant city, we’ll make a home for a mountain lion,” Pratt concluded.

Meanwhile, in a different part of USA

What’s special about this bridge is that fish can now move around easier in the stream. Because before, when the bridge was only a low-water concrete crossing, it blocked the movement of fish and frequently became clogged with woody materials and river debris.The old structure acted more like a dam when it became clogged, which caused water to reroute around it as well as erosion and flooding.

According to the release, the $110,000 project was funded by grants from the U.lS. Fish and Wildlife Service, the Virginia Department of Game and Inland Fisheries, Orvis, the Piedmont Environmental Council, the Nimick Forbesway Foundation, and the Ohrstrom Foundation.