You are here: Home / Hello Earth / Not Zeus Nor Thor, Let’s Learn About Thunderstorm!

In Nordic culture, the strongest god in Norse mythology is Thor, the holder of Maelstrom hammer and god of thunder. While in Greek mythology, the ruler of all gods in Olympia is Zeus, again the god with thunder as its main weapon.

Thunder has been one of the most feared natural occurrence for many centuries of human civilization. That’s why in many ancient cultures, thunder and lightning gods has been described as the strongest among all.

Being the strongest can be closely associated to be the most feared one. And looking on the elements the gods mentioned above are mastering at, we might draw a conclusion that thunder has been feared by ancient culture. But why thunder was so feared by ancient people?

Most likely because thunder has a destructive force that can kill human instantly or burn the whole forest with just one strike. In addition, people might find a great terror in thunderstorms where thunders and lightnings occur more frequently and vigorously.

We don’t want to persuade you to be infidel to the thunder gods, but here in this article we just want to share an information about thunderstorm. Thus, next time you see one you know that it is a natural occurrence that is scientifically explainable, instead of a god punishment. 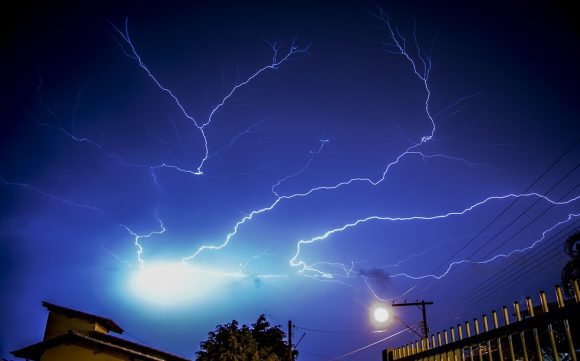 Thunderstorm is a storm which is accompanied with the presence of vigorous lightning and thunder.  It is the result of rapid upward movement made by warm air to cool down. In this process, the cooling air condenses and form cumulonimbus cloud about 20 kilometers above earth’s surface.

The cloud might cause some electrostatic discharge in the atmosphere or contain it itself, which need to be released. Lightning is basically how the discharged atmosphere or cloud equalize the difference in electric charge between different region of the cloud, between two clouds, or between the cloud and the ground.

The sudden temperature rise caused by the lightning spark causes a sonic shock wave similar to a sonic boom. Thus, the exploding sound of the thunder is produced, which is usually called as thunderclap or peal of thunder.

In some severe weather cases, the process happens repetitively accompanied with rainfall, snowfall, or just strong winds. The reason why the weather becomes so severe is because while the droplets fall, it causes a downdraft that pulls the cold air down with it.

The descent of the cold air causes strong winds in the area beneath it and thus how the storm is built. Along with the process, the electrostatic discharge might continue to release. This is what we call as thunderstorm, mainly named after the electric discharging process to emphasizes the most noticeable aspect. 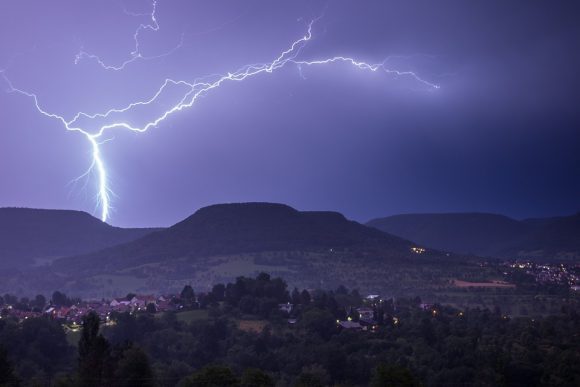 It can be categorized into many types, mainly depends on the severity and duration. At least there are five types of thunderstorms which are single-cell, multi-cell, supercells, severe, and mesoscale convective system or MCS.

Supercell is the greatest one, capable of producing violent tornadoes with F3 classification or more. If supercells thunderstorm appears, most likely the droplets produced by the storm will be large hailstones instead of water. 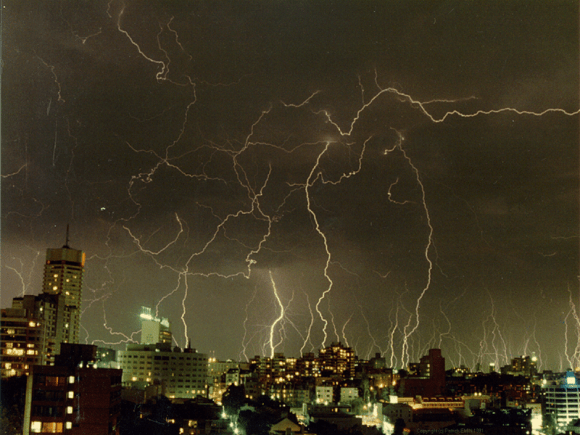 Thunderstorms, like any other kinds of storms, also bring its own hazard to human, starting from damaging the buildings to taking somebody’s life. Each year, thunderstorms all around the world cause millions dollar worth of loss.

Sometimes thunderstorm may also include a rain of hail which is known as hailstorm. Hailstorm usually cause serious damage to buildings, vehicles, glass-roofed structures, livestock, and almost everything that’s exposed directly to it, including human.

Thunderstorms may also summon tornadoes in the process, which are far more destructive compared to hailstorms or lightning strikes. Most tornadoes are attaining wind speed of 480 kilometers per hour and travel several kilometers on the ground while erasing anything it pass through.

How To Prepare For A Thunderstorm 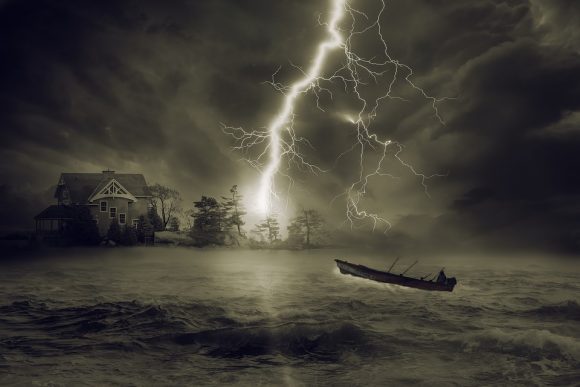 Although it occurs more frequently in some areas of the world compared to others, actually thunderstorms may appear in just any part of the planet. Since thunderstorm might cause severe damage both to our belongings and ourselves, it is wise to take some precautions before thunderstorms.

One way to measure whether the thunderstorm might be hazardous to you or not is by listening it. if you see a thunderstorm but you can barely hear the sound of the thunders, then you are most likely safe from any threats. While if you can hear the thunder roars, it means that you are close enough to the area of effect.

The steps are pretty easy, just be alert to broadcasted information and natural signs about upcoming thunderstorms, prepare a safe shelter to hide during the storm, make sure to get rid of things which can be blown by the winds like dead trees which can damage your belongings.

After you have done all those steps, and the storm is coming, make sure to keep yourself and other people safe. Stay away from windows and doors to avoid broken glasses, do not shower since plumbing may conduct electricity, and stay away from electrical appliances and any kind of wired things too.

They Say There is a Climate Change, but Why is the Weather Cold?

Atmospheric condition we know named weather plus its variables