You are here: Home / Hello Earth / The Black And “Dirty” Gold Of Madagascar: Vanilla

Vanilla flavor is indeed commonly found in ice cream, cakes, milk products, and chocolates. The tropical orchid originated from Mexico has been widely cultivated since the 19th century. But according to historical notes, the plant has been involved in human’s life since 15th century. The Aztec people called the plant with the name of tlilxhochiti, meaning black flower.

Without assuming the gender of the consumer, but in fact vanilla is commonly loved by females, the flavoring viewed as one of the “sweetest” tastes in any food product. However, vanilla is not always the result of a sweet business.

Some people are actually risking their lives just to be a part of this food industry chains. Take for example the “dirty” vanilla business that happens in Madagascar for a long time. 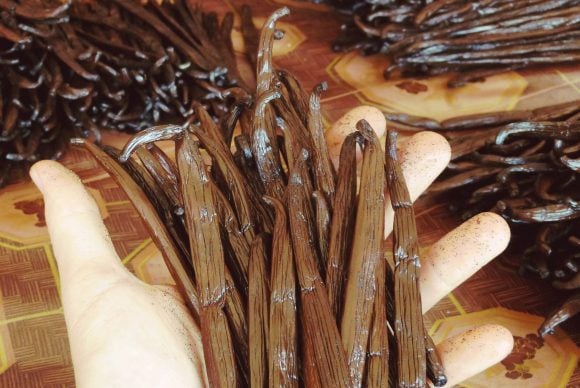 Five people claimed as gangsters in vanilla industry in Anjahana, Madagascar, were beaten to death by a mob justice. Those people were said to be doing one theft too many by local vanilla farmers, after years of assaults to the farmers and their products.

The gangsters were always doing their acts of stealing vanilla products with a warning sent over to specific victims first. Before the raids, they always sent messages such as “we are coming tonight” or “prepare what we want” in notes pushed under the doors of the farmers.

But did they deserve the death, and is the agricultural product worth human lives? Most of us might think it is not, but local farmers in Anjahana said that the acts of those gangsters were worth the mob justice, even their lives.

“I think it’s good. The police did nothing. Now the gangsters will be afraid of stealing from us. We have our own guard now. The young men of the community make patrols at night,” said a vanilla farmer being interviewed by The Guardian.

The reason why local people went that far just for vanilla is because the value of the product has been increasing significantly these last decades. In addition, Madagascar is the world’s primary supplier for pods in ice cream, cakes, and chocolates.

Combining the two reasons, spiced with the fact that Madagascar has high unemployment rate and high price of land in the country, making people chose to become vanilla gangster and thief for easy money. Robbing the farmers for the ready-to-sell products is easier than growing the plants themselves.

All Over The Country 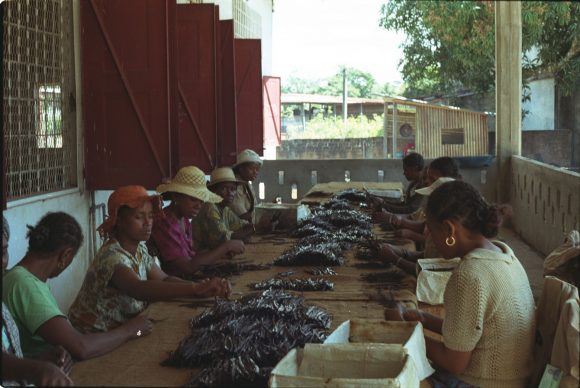 Not only in Anjahana, such kind of bloody task happens all around the country. But unlike in Anjahana where the farmers are fighting the “bad guys” hand-in-hand, in other places the ones who survive are usually the gangsters and thieves, not the farmers.

Violence around vanilla production in Madagascar is the result that the country earned from corrupt local politician and money laundry practice from illegal local rosewood trade. The corrupt practice surrounding the vanilla market in Madagascar is also supported by poorly regulated global markets.

“It’s all the same people who profit,” said local forest defender, Clovis Razafimalala. He said that the illegal rosewood trade from Madagascar worth millions of dollars, mostly trafficked to China. And the cash that the illegal trader got are allocated to vanilla business.

Clovis is a well-known activist in the country for vocally exposing the connection between illegal rosewood trade with bloody vanilla business. Exposing the dangerous connection, he has risked his life and liberty doing it.

He once succeeded exposing how local businessmen, supported by corrupt local politician conducting this action. Instead of making the bad guys punished, he was accused of instigating public unrest and went to jail for 10 months before supports from international human rights group set an outcry for his arrest.

From Rosewood To Vanilla 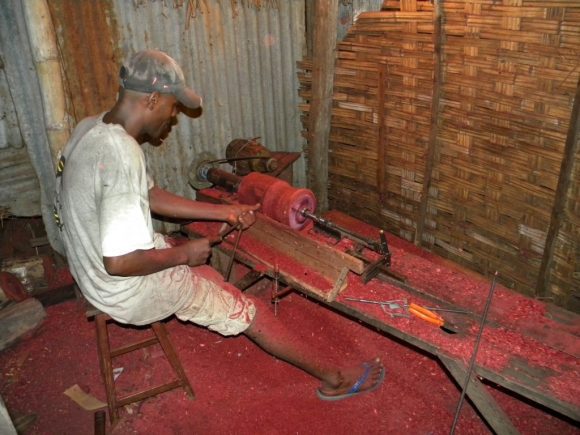 Clovis is not alone in holding the point of view, Harisoa Ravaomanalina, a specialist in wood anatomy at University of Atananarivo is in line with him. “It’s a fact that vanilla is being used to launder money made illegally from rosewood sales. A big mafia is behind this and they’re close to our government,” said Ravaomanalina.

Serge Rajaobelina, an industry expert also shares the view. He said that about 5-10% of vanilla price rise was affected by rosewood traders. “They had cash in their pockets and they saw the value of vanilla going up so they bought up stocks. This created a shortage, and so the price went higher,” said Rajaobelina.

Ravaomanalina and Rajaobelina are just two among many others who shares the view, but most of the are afraid of exposing it to the public, mostly the farmers themselves. They can just keep it quiet and do the things they are supposed to do as farmers. 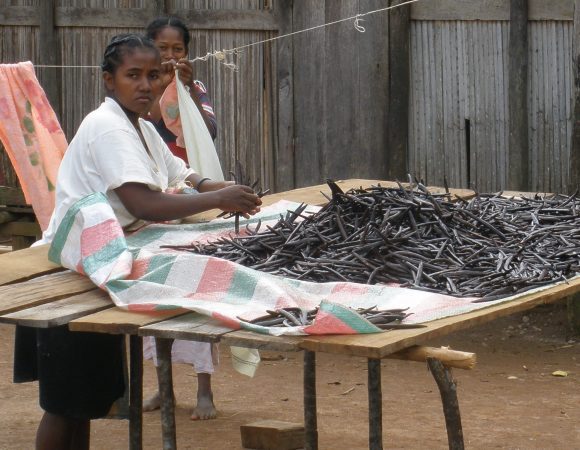 Living under the terror of gangsters and corrupt politician is not an easy life, currently the are living the hard way which is possibly turn into a harder state. “Farmers are afraid so they are harvesting early. That means the vanilla bubble is going to get bigger because there is high demand, low quality and low production,” said Rajaobelina.

Ndranto Razakamanarina, the president of conservationist group Alliance Voahary, said that if things keep going this way in Madagascar, the culprits will be more arrogant and tyrant to the farmers. “In Madagascar today, there is no democracy. It is the critics not the culprits who are prosecuted.”

And when the condition has reached some state where the bad guys are uncontrollable, they will demand more products. The farmers who don’t want to lose their money will also try to expand their agricultural industry, which requires more land.

In that state, the only thing that will happen is deforestation because of vanilla agricultural. “People have seen how the government ignored the law and destroyed the forest to sell rosewood. So, they now feel they can do the same for vanilla. It’s a new problem with roots in the old problem,” said former Madagascar park ranger Armand Marozafy.

Here Are Four Bad Things Deforestation Can Cause Directly