You are here: Home / Hello Earth / Marine Ecosystem Is Running Out Of Breath, Here Is Why

Every single living creature requires oxygen to do their daily activities, including those which live in the ocean. The problem is, several studies revealed that oxygen is harder to obtain in the deep blue ocean nowadays. How can?

Ocean oxygen level has been depleting at alarming rate in the last few decades, making more and more marine creature suffocating closer to extinction nowadays. The problem is, such kind of thing doesn’t happen naturally, except for one case: The Great Dying.

Newest study found out that the largest mass extinction ever happened on earth include this very mechanism. Researchers found that oxygen-starved ocean was one of the earliest signs for The Great Dying which wiped out 70% of life on earth million years ago.

Are facing another Great Dying? Why does ocean oxygen level is depleting nowadays? What can we do? In this article we are going to talk about it. 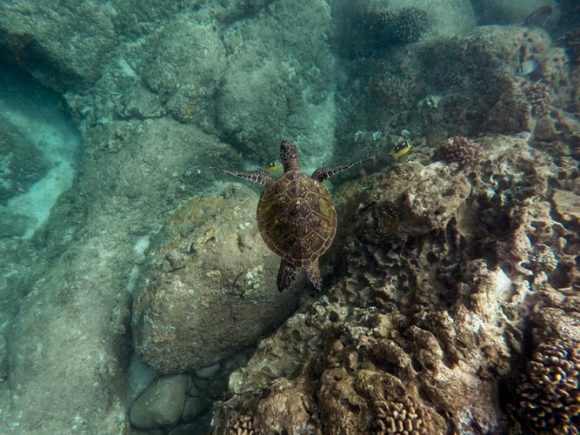 Global warming has been responsible for the rise of global ocean temperature. Even though the change of temperature seems so slight, but apparently it impacts global ocean ecosystem a lot in many aspects. Ocean deoxygenation is one of the impacts we are going to talk about.

Warmer water causes underwater icebergs to melt, which sends more fresh water to the ocean and makes it less salty. This less salty water is less dense and floats on top layer. The problem is, because this layer is floating on the surface, it receives more heat from outside and become even less dense.

The presence of this less dense layer on top of the ocean disrupts natural process of upwelling. Upwelling is a natural phenomenon where cooler and denser nutrient-rich water from deeper layer of the ocean is cycled on top to replace nutrient-depleted and warmer surface water.

Because the top layer is far less dense than usual, natural upwelling process cannot work well. The result is a layer of less nutritious water stays on top. This is not the ideal water condition for many important ocean organisms. 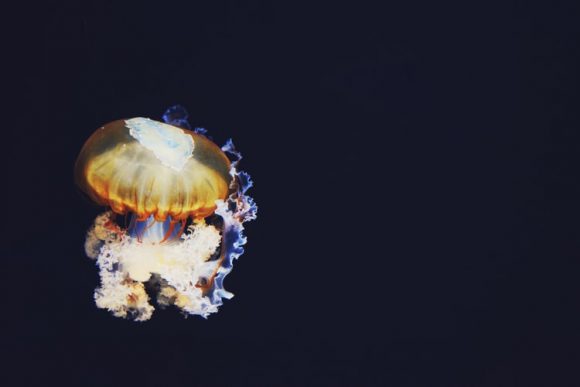 Another result of warmer ocean temperature is a change of habit of ocean organisms. Even though adaptation is natural, but most creatures that live in the ocean prefer to do simpler things, such as just swim deeper to colder water.

The deeper they swim the bigger water pressure they need to deal with. And if they choose to live there, they have to accustom their metabolism rate with that pressure. But increasing metabolism without proper adaptation requires more oxygen.

If swimming deeper is not a choice some marine creatures choose, then they will need to deal with warmer water. Again, with warmer water they have their metabolism rate increases naturally. See the problem here?

The decline of underwater oxygen level is said to have reached 2% point, only over the last 5 decades alone. However, it has changed ocean composition a lot since both of those choices require the creature to take more oxygen, while the amount of oxygen produced is declining.

The problem is, this is a continual process that can get worse and worse by time if we don’t stop it. We are the one responsible for it, and we are the ones who should take care of it before it completely wrecks marine ecosystem, and eventually every single creature on earth. 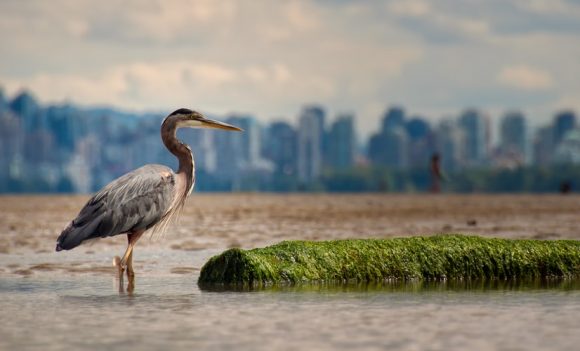 What have we done to cause it? Actually we have don’t two awful things that led us into this situation. One is by producing greenhouse gasses that cause global warming, and the second is using chemical fertilizer in our farmlands. As a reminder, such kind of thing happens globally. Almost everyone, everywhere, contributes to this phenomenon.

As explained above, human-induced global warming warms up ocean water and started the chain effects as mentioned in this article before. Up until now, the effects of warming up ocean water is said to have caused about 20% of total marine oxygen loss and about 50% of it in upper 1000 meters of the ocean.

“We were surprised by the intensity of the changes we saw, how rapidly oxygen is going down in the ocean and how large the effects on marine ecosystems are,” said Andreas Oschlies, an oceanographer at the Helmholtz Center for Ocean Research Kiel in Germany.

Why are we responsible for it? Because we are still highly depended on fossil fuel and timber for many of our daily activities. In addition to that, our chemical fertilizer usage has caused massive bloom of algae, which consume much oxygen, in coastal areas.

When we use strong chemical fertilizer, we contaminate the water we use for our farming activities and allow it to get into rivers. The residue of fertilizers carried in the sediment fuel algae blooms, giving more competition to coastal marine creatures which already are in a tight situation. 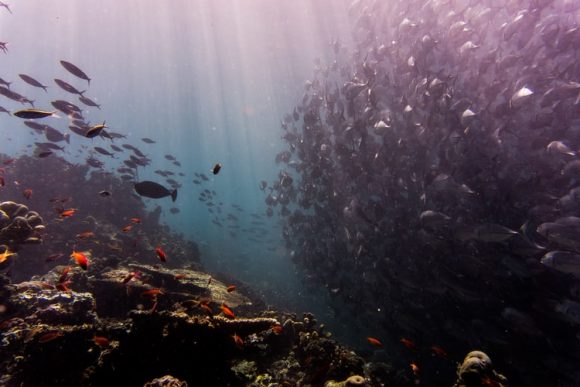 Can we do something to stop these signs of Great Dying? Researchers tried to find the answer to that question, and they stated that in some cases it is reversible. We have the ability to ‘limit’ deoxygenation by stop adding greenhouse gasses and excess nutrient, such as strong chemical fertilizer, to the nature.

The clock is ticking and possibly the second Great Dying is coming closer. Given the statement that we still need to wait for some more time, it means that our efforts to reverse the damage will require some more time instead of giving immediate effect. We have to begin now before it is too late, starting from smaller things like reducing our consumption of fossil fuel.