You are here: Home / Eureka Green / Recycling Rigid Plastic Have Happened, But What About the Multilayer Kind?

Recycling plastics have happened to those rigid in forms, such as pallets and furniture, or the ones with only one polymer material (monolayer). The flexible, multilayer type, however, hasn’t received such treatment.

The most motivating cause for this? Lower cost per unit than the rigid packaging. Both monolayer or multilayer plastic (MLP) packaging will save money in transportation costs and the material itself.

Cost reduction has been the top reason why manufacturers don’t like rigid packaging or use it for certain times only.

Of course, it’s not all bad and evil. Sometimes we do need such packaging in order to keep out light, oxygen, and moisture to keep objects like syringes sterile. It also does a good job to prevent food waste.

But since multi-layer can also be cheaper, it’s been overused to packaging simpler and smaller objects.

According to a data from the University of Wisconsin-Madison, the world (its people) produces around 100 million tons of multilayer thermoplastics annually. Each multilayer includes as many as 12 layers of varying polymers.

In spite of the benefits to some industry and company economics, the problem is that it’s hardly recyclable.

Recycling systems in a lot of countries, including the U.S., reject flexible packaging especially the multilayer kind. The reason is that it’s not that profitable to recycle, and processing it can leave issues in the equipment.

France, for example, doesn’t always recycle plastic packaging that are collected curbside. In countries with emerging economies like Manila and India, it’s even less frequent to recycle it.

And, since it’s almost impossible to separate the polymers in multilayer plastic, this type will end up in incinerators or landfills, polluting our air and water.

A method that may help with MLP

Although still not done at full scale, a discovery by Engineers at University of Wisconsin-Madison may be a good start. They’ve devised a method to reclaim the polymers in MLP by using solvents.

The engineers call this technique Solvent-Targeted Recovery and Precipitation (STRAP). Their proof-of-concept has been published in Science Advances.

With this newfound method, the engineer team hopes to use the recovered polymers to create new plastic materials and demonstrate that the process can help close the recycling loop.

This method, hopefully, could allow multilayer-plastics manufacturers to recover the 40% of plastic waste produced during the production and packaging processes.

As multilayer plastics become more complex, so does the difficulty of finding out which solvents that can act on each polymer. 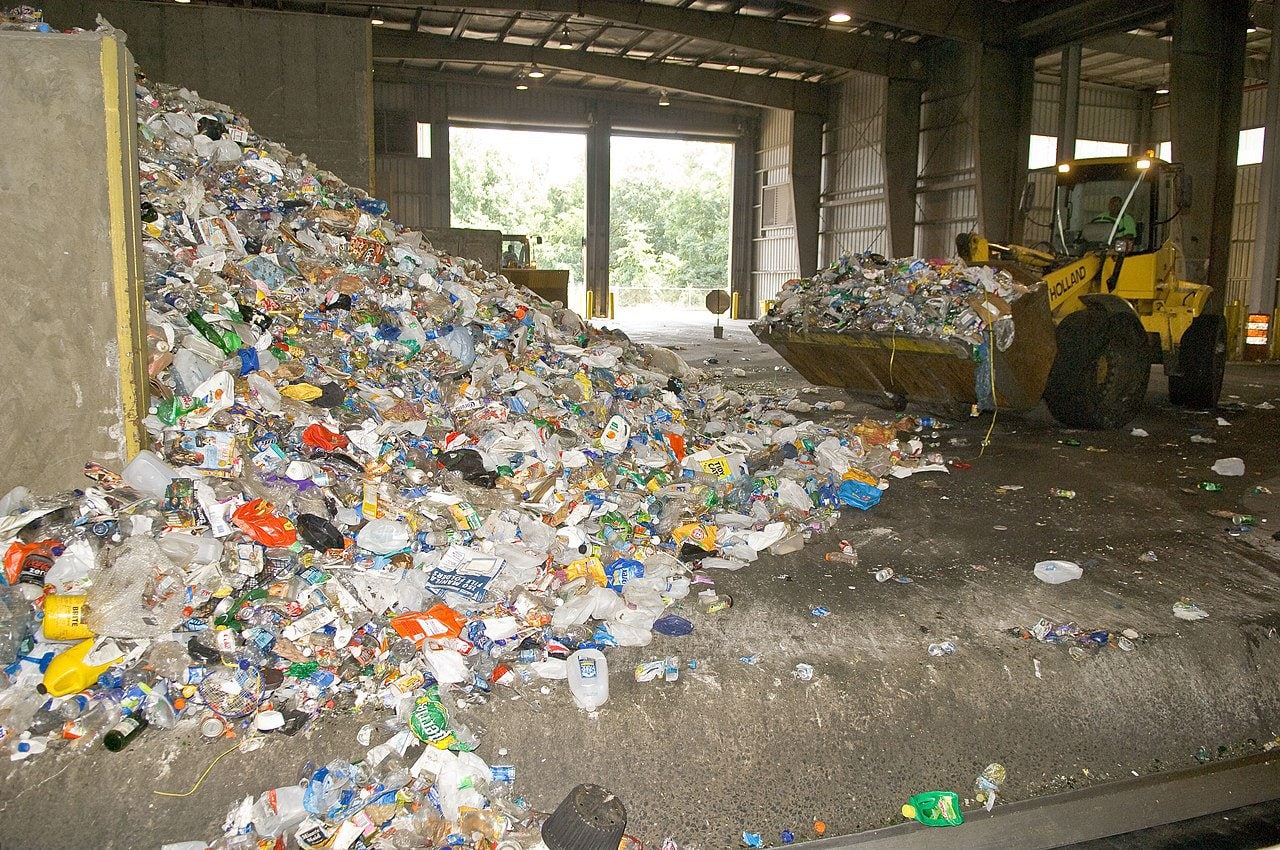 Isn’t there any other way?

Well, there are a number of ways to circumvent MLP waste management that involves solvent. Two that we’re going to talk about here are pyrolysis and upcycling.

Broadly speaking, pyrolysis is a process of converting plastic to oil, which can be used as a fuel.

There’s a caveat, unfortunately. The process needs really clean and moisture free waste. Pyrolysis systems can work well where there’s an assured amount of 2-3 tonnes of clean waste per day. So far, such waste is mostly unavailable.

For upcycling, MLP plastics can be useful to build roads. The catch, though, the process to transform the plastics into another material also needs a required amount of clean plastic waste.

“Why is clean waste so hard to get?” In India, competition from informal sector is a significant factor. Almost all companies in formal waste recycling sector including e waste, bio-waste and plastic waste do not get adequate waste.

Now the question changes to, “How can the informal sector in India win the competition?”

Word is, the informal sector has lower processing costs due to lower operational costs.

Here’s an example to give you a picture: a formal plastic recycling units needs to invest at at-least ten dollars in a recycling unit including the processing machinery and pollution control equipment for treating dust and wastewater.

In contrast, the cost for informal sector is negligible as most of the work is done manually, and without any compliance to pollution control.

Plastic will still be a part of our lives, so this problem may persist for a little while until we can process all types of plastics well.

It’s true that some major manufacturers have declared their commitment to change their packaging to the recyclable, reusable, or compostable in years to come.

But, we’ve gotta remember that some other companies will still want to stay in flexible packaging.

A simple suggestion would be to switch to monolayer plastic packaging instead of using MLP. But, the waste collection is done around the area of shops or retailers. Using this suggestion, the recycling system will largely depend on the retailers and processors.

Retailers should be the key player; they will be the ones paying the bill for recycling, and they should provide bins for plastic where consumers can simply dispose of plastics there.

As for processors, there are companies that can utilize recycled plastics such as plastic pallet or composite decking manufacturers. Companies like these are important because they set quality thresholds for plastic recycling as well as its economics.

Companies that use recycled plastic need the material in order to make high-quality recycled products. They won’t buy or recycle plastics that are inferior, below-standard in quality, or pricey because the finished products define the manufacturers.

In an ideal world, such suggestion may work. The challenge is that retailers generally don’t like being regulated. That goes the same to humans or consumers.

Consumers’ role in the MLP problem

Companies have tried to be more responsible environmentally and pledged their eco-friendly initiatives. But, will it work with consumers? Worldwide, especially?

Both suggestions/ideas and efforts need to consider consumer behavior, for they’re the end users and therefore the key to the amount of collected recycling material as well as the quality.

Let’s imagine for a bit. A few years from now, food packages tell us to recycle it at in-store bins or drop-offs. But, before you drop them off, will we clean and dry them as the label asks?

Consumer insight research done by TerraCycle showed that most consumers won’t do it.

When plastics are not clean, recycling is no longer preferable for recyclers. Economics for them get worse when they still need to remove residue, like oils, grease, bits of shampoo, etc.

And even if the plastics are clean, another challenge comes: monolayer doesn’t mean a single type of material. As we know, there are lots of plastic types, not to mention the degradable ones (oxo-degradable or compostable).

Recyclers don’t really want to spend extra time separating everything one by one, for there’s always a risk of material contamination. When this kind of contamination happens, quality decreases and buyers of such material like plastic pallets or composite decking makers will reject it.

Okay so what can we really do for now?

What consumers and retailers can do to really help, at least for now, is to not mix everything together.

Retailers can start to provide trash bins with more categories. Instead of a box with organic, inorganic, plastic categories, try to be more elaborate like compostables, monolayer food and non-food, multilayer, and degradables.

It’d also be better if the retailers and companies can work together with the government so that such bins are a lot more accessible, so recycling can be done more easily.

At least, that’s what we can do so far to reduce the MLP issue. It may not look much, but I believe it’s better than nothing at all. And, let’s remain hopeful and optimistic that research and methods like STRAP will be widely available so MLP will be recyclable sooner.