You are here: Home / Hello Earth / Why We Need Super Corals To Help Us Immediately

Every single creature has its own important part in the nature. Every one of them works hand-in-hand to make this nature works at its best. This rule applies to any kind of environment, any kind of ecosystem, including marine ecosystem.

Coral is a part of marine ecosystem, an important part actually.  Don’t you know that even though coral reefs just cover about 1% of ocean floor, they give support to more than 30% of marine life? That’s how important and powerful their presence is.

Well, wise men said that with great power, comes great responsibility. However, with such huge responsibility, coral is not granted huge power to protect itself. We all know that nowadays climate change and rising sea temperature is threatening the life of corals.

It was, until the time super corals appeared. This super kind of coral is supposed to carry the big responsibility with its super power, and this is what we are going to talk about in this article. We need more super corals and we need it fast. Here is why:

For long, corals are considered as the natural indicator of water conditions. They are delicate, sensitive creatures that can only be found in clear parts of the ocean, and easily damaged by even slightest changes in the environment.

It is a fact that all those bad things mentioned above have made coral’s life difficult for last several decades. Even in the last decade alone some forms of corals have shown about 80% decline in the nature. See how disastrous it has been?

Luckily, some species of coral has awakened their ‘superpower’ to protect their species. Simply called as super corals, they can survive bigger pressures in environment. These super corals are expected to be able to reclaim ocean floor and again help marine ecosystem to bounce back from this loss.

“It is a story of hope, rather than saying ‘it’s all going to die and there’s nothing we can do about it’,” said Prof Madeleine van Oppen, from the Australian Institute of Marine Science and the University of Melbourne to The Guardian. 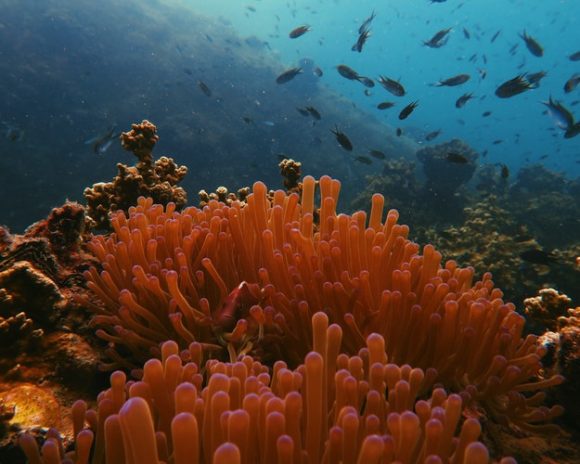 Super coral is our knight in shining armor, regarding ocean ecosystem stability. Not only because it is able to withstand incredible amount of pressure given by climate change and human activities, but also because it can grow under it.

The corals showed such incredible growth despite warmer and more acidic water in that area. Does it mean that we don’t need to worry about coral’s existence anymore? Researchers are still studying about it further.

They suggest that this ‘super power’ might have been adopted by other corals all around the world. Furthermore, researchers predicted that there is a possibility that even though the growth doesn’t occur globally, but the super power can be given to other corals.

“We knew that the temperature and chemistry conditions in Kane‘ohe Bay are very similar to the conditions that people predict will kill corals off globally. Yet, the reefs in the bay are thriving, making the area incredibly valuable as a possible window into the future,” Christopher Jury, lead author of the study explained. 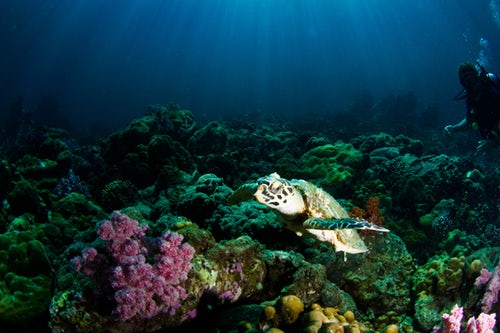 “It’s unfortunately but inevitably true that things are going to get worse for reefs over the next 20 to 30 years, but that doesn’t mean it’s unstoppable,” Jury stated. “If we ignore these problems then our generation will be the last one to see healthy, functional coral reefs.”

Super coral’s discovery brings us hope and dreams about better ocean ecosystem in the future. Simply because the fact that 30% of our current marine ecosystem nowadays depends on corals’ support to survive this harsher condition.

Natural super corals’ growth in Hawaii showed that nature itself has been trying to heal from harms done to it. But in the other hand, we are still harming the nature with our daily activities. Some researchers realized this fact, and they want to help the nature to completely heal itself.

In one of our early articles, we have mentioned how the discovery led to a series of project to give such kind of super power to typical coral, so that they can survive this harsher world too. One way to do it is to take samples from super corals from everywhere, and breed it thoroughly in lab. 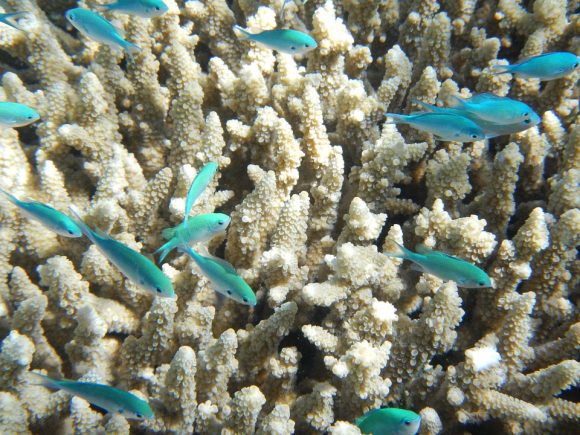 Even though introducing lab-grown super coral to the ocean seems like we are intervening the nature by creating a ‘mutant’ with super power, but researchers suggest that it is okay. The reason is because we have intervened the nature a lot with our destructive activities.

“It is too late to leave them alone, given the pace at which we are losing corals. I don’t have any problem with that. We have already intervened in the marine environment tremendously and there is no part where we cannot see human influence,” said van Oppen.

We need immediate solution to this specific problem, because our time is running out. The United Nations Intergovernmental Panel on Climate Change (IPCC) set the deadline for us: 2 degrees Celsius global temperature increase.

If global temperature increases by 2 degrees Celsius, all coral reefs would be lost. Even though super corals seem to have the ability to withstand higher temperature, but still they need to adapt, grow, settle, and establish themselves first to the environment before thriving.

That’s why, we need to do immediate actions to make sure our hard works in protecting coral reefs work as we wanted. If it was a race, we already know that our enemy is growing stronger. Thus, we need to strengthen our ultimate weapon, super corals, and prevent the growth of our enemy.