You are here: Home / Hello Earth / Ocean Plants Are Wonderful, And You Should Know That

We all know that plants are one of the most important part of our landscape. But apparently, plants are not only important on land. Some plants are dedicating their whole lives to share their assistance to the ocean floor too.

In fact, ocean plants are one of the most important parts of marine ecosystem. Ocean plants provide almost everything that marine creatures need to survive, starting from foods, shelter, oxygen, and even recycle of resources.

The presence and health of aquatic vegetation can also be an indicator of overall ecosystem health. Simply said, ocean plants are not less important to on-land plants. They just live in different environment, but they give not less benefits to their surroundings, even we can also get the benefits.

That’s why, here in this article we are specifically going to talk about ocean plants. 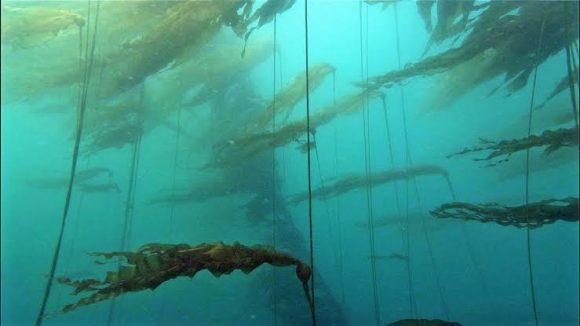 Algae indeed are plants, but they don’t have roots and vascular systems like other kinds of plants we usually know. Without those features, they cannot transfer nutrients from soil to the leaves and other parts of their bodies.

But don’t get it wrong, because indeed there are plants with roots and vascular systems in the ocean. the examples are seagrass and mangrove. Seagrass does plant its root into the underwater soil. It even grows leaves and flowers too.

What’s interesting about seagrasses is that some of them are actually evolving land plants. Manatee grass, turtle grass, and shoal grass are actually a variety of land grass which has been through evolution for decades to be able to live in salt water.

While even though mangrove is not submerged beneath ocean surface, but the plant thrusts its roots to ocean soil. This plant doesn’t care about the water salinity because it has an advanced filtering system in its roots. 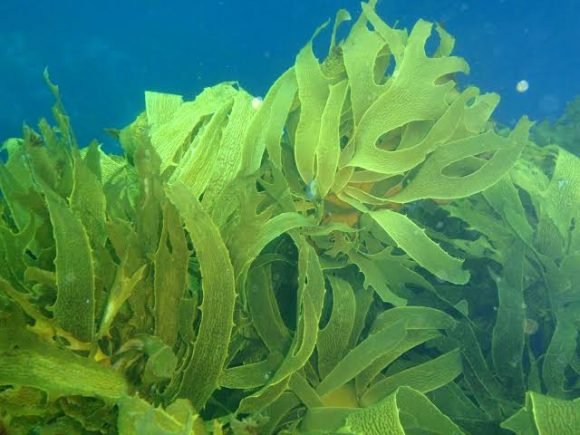 Enough for the introduction, let’s advance to what they really are able to do. The presence of ocean plants is a refreshing thing for marine creatures. Not only because it provides oxygen to them, but it also provides shelter. Well, at least they can provide enough shade for small marine creatures.

Without the presence of the plants, the area would be some kind of ‘underwater desert’, and no one want to live in a deserted place. It can be seen from how marine areas with more ocean plant are more crowded than areas without.

Another thing that we should appreciate from ocean plants is their support for us. But the plants we are talking about here is not a kind of visible plant. Some microscopic algae do matter and contribute no less than their bigger siblings.

Phytoplankton, microscopic plant floating throughout the ocean, act the same way as leaves do on land trees. They conduct the process called photosynthesis which will absorb carbon dioxide from the air and convert it into oxygen we are breathing in.

Since they absorb carbon dioxide, it also cools the planet down by reducing the amount of greenhouse gasses. Those microscopic phytoplankton on the ocean fight global warming more actively and effectively than us, civilized and intelligent human. 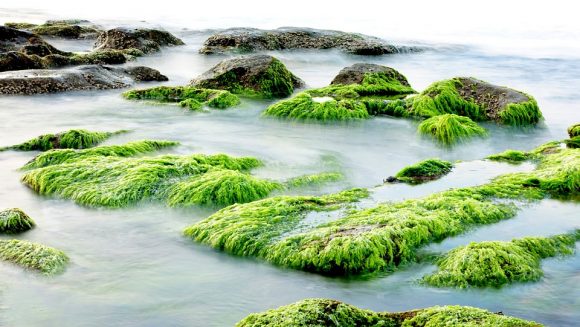 Seagrasses are staple food for many creatures, including huge variant of fish, crabs, lobsters, and manatees. In addition to that, phytoplankton are the root of ocean food chain, meaning they are at the bottom of the chain and their presence or absence affects marine food chain a lot.

But ocean plants provide life to the ocean more than just as food source. In example, seagrass beds act as nurseries for young marine creature. It can protect the infants from predators and even the strong sea current that might float them away.

While mangrove forest is a kind of ecosystem by itself. Aquatic birds, crabs, amphibians, and many other creatures depend a lot on the presence of mangrove forest. We have written an article explaining how mangrove forests are underestimated regardless their importance to the nature.

Mangrove also helps us prevent abrasion, stabilize shorelines during great storm, and it is also a nursery for various crustaceans and many endangered species of turtles. All of those mentioned above might only cover a little about ocean plants’ ability to provide life.

Part Of The Cycle 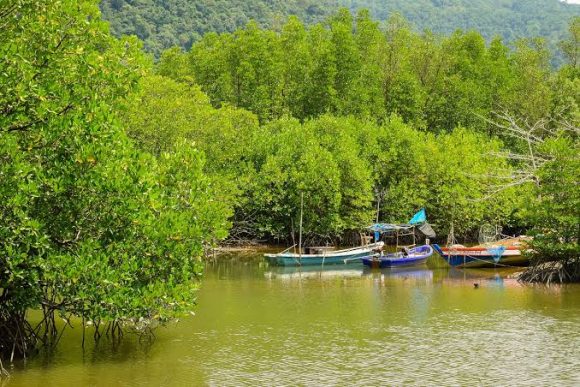 With that many number of fish swimming in the ocean, for millennia, what would happen if their waste has never been processed? This is the function of ocean plants that’s been underestimated. Ocean plants absorb all of those organic matters and use it as nutrient for their growth.

Just like how land plants are absorbing organic matters from the soil, aquatic plants do the same but with different source. All of those nutrients that have been absorbed are then distributed to the next generation, simply by eating the plants.

This is the cycle we are talking about. Without the presence of aquatic plants, the chain would break. Next generation creatures would not be able to get the nutrients they need since there is no one responsible for recycling the organic matters of their ancestors.

So now, you know that wherever they grow, whether on land or below ocean surface, plants play important part in our global ecosystem. They need our conservation efforts as much as we need them.