You are here: Home / Eureka Green / Combating Oil Spill With In The Most Natural Way Using Bacteria

One of the most destructive things in this modern world is oil. Not only because oil mines are turning natural environment into wasteland and the result of burning it is carbon, but also because the distribution of it is very risky.

We know that the biggest oil distribution way is by oil tankers, which is largely used to transfer oil from one country to another. Unfortunately, as mentioned above, this method of transferring oil from one place to another is very risky.

You might have heard about oil spills in the ocean, caused by accidents that happens to the tankers. Oil spills pollutes oceanic ecosystem with toxic substances, and the longer the spill is left there the more damage it can cause.

This is the reason why researchers are finding a way to take care of oil spills, and recent study found out that the answer might come from bacteria. That’s why, in this article we are going to talk about how to handle oil spills with bacteria. 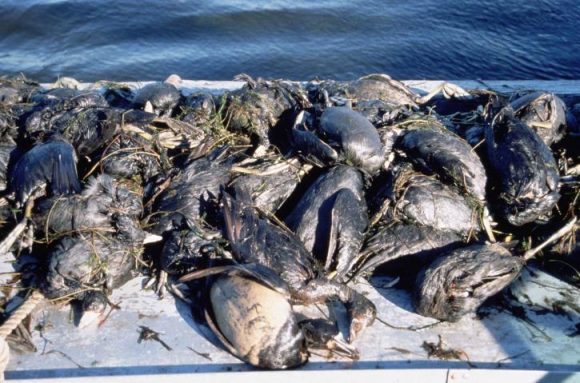 Before talking about how to handle oil spills using bacteria, first lets talk about the environmental impacts of oil spills. Oil spill is in overall destructive and harmful for any kind of living form, both marine and terrestrial ones.

One of the most common harm that affects those living things is oil ingestion. When any animal is covered by oil, they will naturally feel uncomfortable. Thus, they try to clean it whether by licking it or use their ‘hands’ to do it.

In this case, directly or indirectly they will ingest it and the oil splats will get into their digestive system. It can cause serious internal organ damage which then may affect their reproduction systems. We can simply say that the effects will stay more than one generation.

If they don’t clean it, they will lose some of the most important abilities to survive in the wild. The example is when the feathers of a bird is covered with oil, they will lose their ability to fly, losing almost everything in its life.

Oil spills can also affect cultural resources, especially to natural parks that contain historical monuments. Some culturally important national parks like Fort Frederica and Fort Pulaski are the examples of natural parks which are preparing themselves for the possibility. Because those two natural parks are close to oil tankers route. 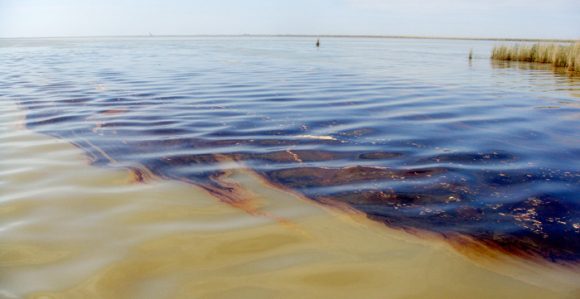 The oil, although only being spilled on the surface of Gulf of Mexico, but the effects could reach the ocean bed. It was because more than floating around in the surface, but the oil also settled into the ocean’s sediment.

Of course things had been done to prevent further disaster, but attempts to reverse the damage using dispersants could not do the job well. Chemical dispersants also resulted in more threats to the nature when being used for a long time, thus we couldn’t give constant treatment of it to solve the whole problem.

Little we knew at that time that the solution has already existed. Not only it should have been effective to solve the whole oil spill problems, but also it is natural. The answer has always been bacteria. 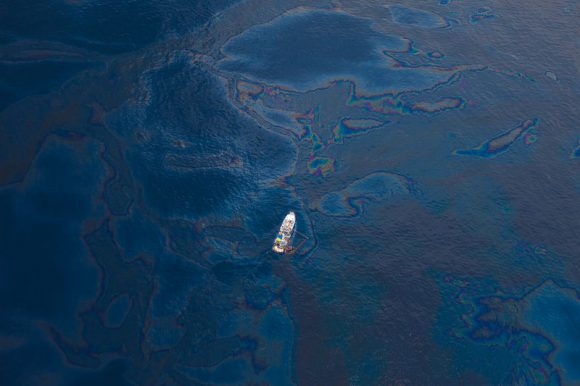 Neptune is the god of ocean in Greek mythology, and the bacteria which can be problem solver for oil spills is named after the god. A bacteria named Neptuniibacter has a special gene allowing it to adapt to environments with low nutrients.

The study conducted by a collaboration of researchers from University of Texas Marine Science Institute, University of North Carolina, and Heriot-Watt University found out about this fact. They examined about bacterial community in oil-spilled area after the incident.

From the examination, the researchers found that chemicals in oil spill changed the structure of microbial community there. Leaving the area alone for some amount of time, they came back to the place one year later.

Beyond their prediction, the researchers found that the bacterial communities in oil-spilled area had more diversities. It was a surprising news and discovery, because logically toxic pollution like oil spills should have killed those bacterial community.

Conducting further research to unravel the mystery by sequencing the gene of the bacteria, those researchers tried to understand and discover a relationship between oil spills and bacteria function. It was when the researchers also found out that Neptuniibacters are feasting on spilled oil. 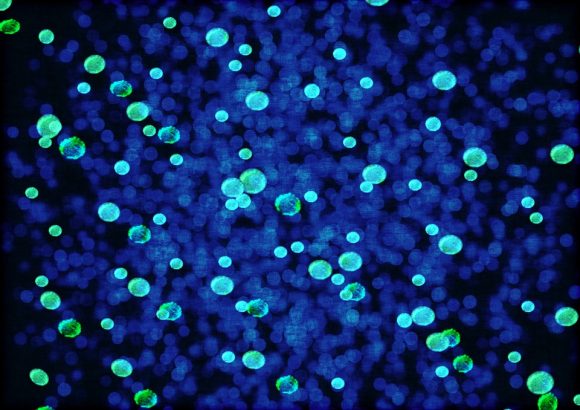 Of course the discovery is a good news for us, because we are one step closer to solve one of the most harmful pollution in the world. “The microbes did a spectacular job of eating a lot of the natural gas,” said biogeochemist Chris Reddy of the Woods Hole Oceanographic Institution as quoted from Scientific American.

“The rate and capacity is a mind-boggling testament to microbes,” he added. Reddy said that the bacteria’s favorite meal was small hydrocarbon molecules in the natural gas, which is contained in the spilled oil.

However, Reddy also said that we are still cannot hang our hopes too high for the bacteria to clean up our mistakes. “Microbes are like teenagers. You can ask them to clean the garage over the weekend. Can they do it? Yes. Will they do it? Maybe. Will they do as good a job as you want? Probably not,” he said.

Whatsoever it means, we are one step closer to solve one of the worst disaster that we can cause to the nature. But to completely solve the problem, we should start solving it from ourselves. Becoming less dependent on fossil fuel is better than cleaning up the mess we create ourselves.