You are here: Home / The Species / The Secret Life of Seagulls, and Why They Are Important

Well, what did we do to deserve seagulls? Those majestic creatures might be one of the most extravagant creatures on earth. No, we are not joking around, because we have scientific proofs to support our statement.

Seagulls, despite often mistakenly considered as greedy and hungry creatures, are actually one of the most sophisticated species of birds. And again, we are 100% serious about that statement. Those misconceptions often come from cartoons.

Because we want to bring justice for seagulls, we will compile some interesting facts about seagulls that you most likely need to know. Thus, after reading this article, we hope most of us can multiple our respects to the species of seabird.

How interesting the facts are? Follow through to find out yourself. 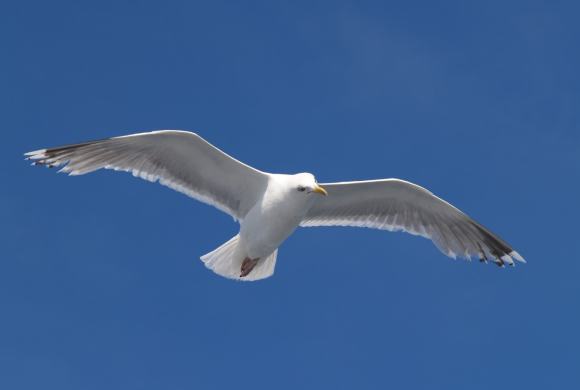 First thing first, we need to mention how incredible they are at going places. No, honestly, seagull is one of the most incredible birds in term of going for distances. And the reason for that is because they are able to detect food from 3 miles away.

Their sense of smell is developed to a level that they can sense even the slightest trace of food with their so-called Jacobson’s organs inside their nostrils. And of course to get the food they smell they have to go fast, which is in line for their incredible flying speed that can reach up to 30 miles per hour.

But if there is no food around them, seagull may travel long distance over the ocean. The journey may take hours or even days before it ends, and in the meantime the bird would drink sea water if they feel thirsty during the flight.

Whoa, isn’t drinking ocean water is one of the most forbidden things for living being? Not always, because this bird has a special pair of glands above their eyes that can filter and flush the salt in sea water from their body. It’s incredible, right?

But sometimes their journey to get the food is risky, and seagull is not a fighter bird like eagle or falcon. No need to worry, because they have the strategy of erratic flight pattern called ‘jinking’, which is unpredictable enough to confuse their predators. 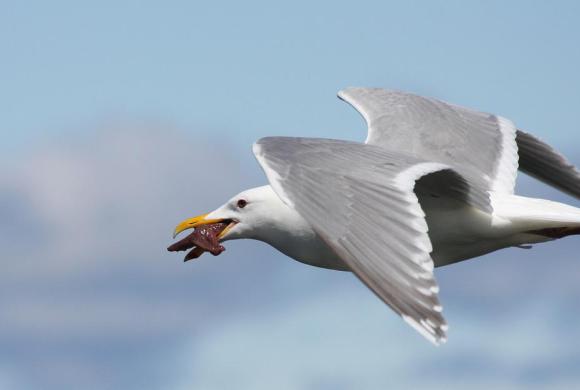 Now, let’s talk about ‘that’ side of seagulls. While pigeons are often called as flying rats because many people feel annoyed and even threatened by their greediness for food, seagulls are called the flying rats of the ocean for almost the same reason.

But seagulls are unlike real rats that invade homes, build nest, scavenging for food, and carry diseases. At least up until now, only one characteristic that makes the bird may suit the name which is their instinct to scavenge for food.

This characteristic is apparently the reason why they are called s the flying rats of the ocean. Their opportunistic mind would just command them to steal any kind of food they see every time they are hungry whether the food comes from the landfill, our plates, a whale’s mouth, or anywhere.

Maybe in this case, instead of calling them as flying rats, we ought to call them ‘flying angels’. Why? Because their appetite makes them willingly eat the food waste we throw as garbage, which is helpful for us in reducing the amount of food waste in the landfill. 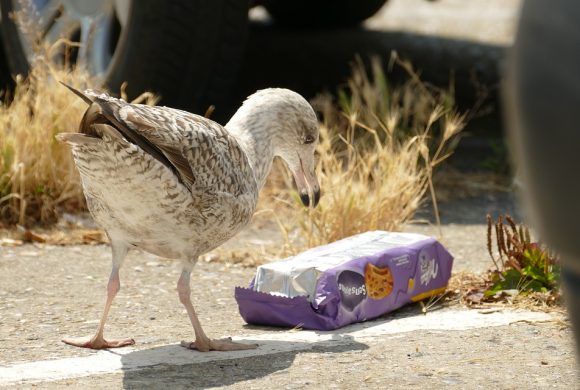 We might recognize parrot as an intelligent bird because it can copy a human’s voice. We may also recognize crows as intelligent birds too because they are able to solve simple problems with tools almost like humans do.

But don’t you know that seagulls can also be considered as intelligent birds too? Researchers discovered this fact when they conducted a study by interacting with seagulls and giving them food. After some time, the researchers tested the seagulls to know whether they can recognize the faces of people who interact with them.

And yes, seagulls do recognize the persons who interacted with them and giving them food. Further, the researchers even predicted that seagulls can even tell our emotions based on our facial expression, body language, and voices.

This discovery supported another research which discovered that seagulls also have excellent memories of people’s faces and places where they hide their food. The bird can also identify other seagulls which they associate as friends and foes.

What’s more amazing is that the gap of time between the initial interaction and their second meeting may happen to be longer than expected. With this capacity of memory, maybe it is more appropriate if we call them flying elephants of the ocean rather than flying rats.

Oh, and if we consider loyalty as an intelligence, then the fact that seagulls are monogamous may add to the positives. 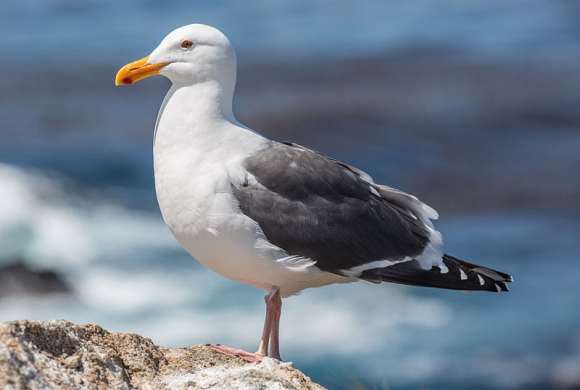 One thing for sure that should make us appreciate this bird more is how beneficial its presence is. Seagull is more than flying rats, and we should start to accept the positives that this species of bird can offer us.

One of the examples is like what we have mentioned above. Seagulls are omnivores that do not mind to eat food waste in the landfill. This reduces the amount of methane and ammonia released into the atmosphere, which in short makes the air cleaner.

Another notable example is its nutritious guano. Guano is the droppings of seagull that can be used as fertilizer for plants and crops. Guano is nitrogen-rich ammonia salt that is 100% natural, because it is produced by bats, seals, and seabirds including seagulls.

And one thing that make this animal deserves our appreciation is when we read a story about 1844 Miracle of Gulls. In that folklore, seagulls saved the lives of people in Salt Lake City, Utah. It is called Miracle of Gulls because the seagulls helped the people to eliminate crickets that destroyed the crops.