Our marine ecosystem is just perfect for this planet. It literally can live on its own with its own power and even support us who live on the land. But somehow, we hear a lot of bad news surrounding the marine ecosystem nowadays.

Whether it is about warming ocean temperature, dying ocean from eutrophication, and irresponsible fishing appear in the news in daily basis. The problem is, we cannot let it happens for a long time or we will lose everything the ocean can offer us.

We can solve those problems one by one, such as preventing further eutrophication by reducing agricultural runoff, or stopping the ocean warming by planting more trees. While for the irresponsible fishing problem, we are going to talk about it further.

Why preventing Bycatches is Important? 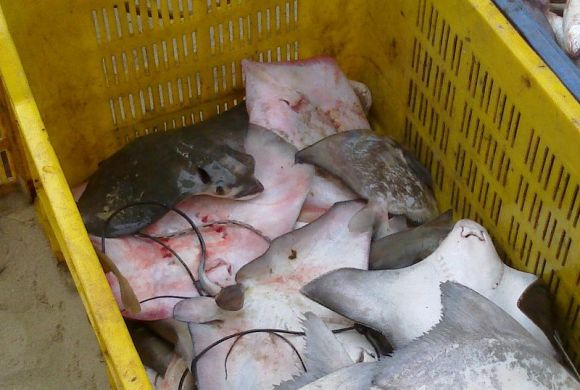 If you unintentionally kill a dog crossing down the street to catch stick, would you feel sorry and regret it your whole life? If yes, how would you feel if it is a turtle just chilling in the water waiting for a yummy jellyfish to swim nearby?

Talking about bycatch is talking about unintentionally killing other species while trying to catch specific species. The most common example is when fishermen are catching fish using nets. Sometimes the nets are too narrow that it just sweeps into the water and never let anything go.

There are many unwanted things that can be called as bycatches, such as baby fishes, turtles, dolphins, even walrus. Those unwanted creatures which got caught in the net do not have any value to the fishermen, thus they don’t really take good care of them.

Some are lucky to be thrown back into the ocean while some others are just let suffocated and wounded on the boat. While for the animals it can be seen as a torture, for the whole ecosystem it can also considered as disaster.

Those baby fishes caught in the net are surely will never grow into adult fish, thus it would never do its natural function in the future. While for other kinds of creatures, they sure have their own purposes in the ecosystem. Bycatching them is like cutting the chain connecting one creature to another.

Scientists from the University of Exeter and Peruvian NGO ProDelphinus discovered that putting LED lights on gillnets will reduce bycatches significantly particularly at night. Gillnets are widely used by smaller scale fisheries.

The use of gillnets is usually either by attaching it to ocean floor or being released from trawling boats. It then drifts along the ocean bottom and catches every single creature that couldn’t escape the pace of that net.

But when you attach LED lights at intervals along the net, creatures like turtles and dolphins are able to get out of the way and avoid being caught. The study conducted by scientists above showed the attachment of LED light resulted in around 70-75% reduction in turtles and cetaceans.

This method is not only simple but also cheap that every fishery can do without taking too much risk. Not only that, the same study also recorded stable number of fish caught in the net, even an increase in some instances. 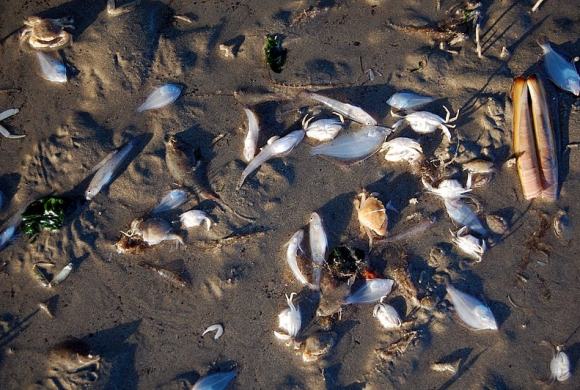 Putting on LED lights might work for turtles and some small cetaceans like dolphins and porpoises. However, what if the bycatch is marine birds such as seagulls and albatross? Those birds are usually the victim of long lines fisheries bycatch.

The number is pretty surprising, as a study discovered that around hundreds of thousands of seabirds are victim of long line fishing every single year. Albatross are the worst victims each year, as tens of thousands of them usually get accidentally killed.

“For an albatross, finding a fishing boat in the open ocean is like finding a free buffet. With their large size, they quickly dominate the feeding frenzy, homing in on the largest morsels: often a squid or fish set on a longline hook. This “smash and grab” feeding ecology selects albatrosses as top victims of longline hooks,” the report stated.

The method to prevent such kind of thing to happen is to put anti-hook device such as Hookpod. By using anti-hook devices, when the birds are trying to snatch fishes, they will not be accidentally caught in the hook. In short, no more seabird bycatches.

Escape Route for the Bycatches

What makes sense when we want to prevent having bycatches but we still want to harvest the right thing? What about providing the bycatches a way out from the net but do not let the right preys to escape even for once?

US National Oceanic and Atmospheric Administration (NOAA) came up with this idea and decided to work together with shrimp industry. Modern days shrimp fishing is a big threat to sea turtles because they often get caught in the net and drown.

But with Turtle Excluder Devices or TEDs, once the turtles are caught, they will not enter the net directly. “Because they behave differently to shrimps, turtles and big animals like swordfish get ejected out of the net, whereas the prawns will still be caught, helping to reduce bycatch,” the leader of the World Wildlife Fund’s ‘Sharks: Restoring the Balance’ conservation program, Andy Cornish, said.

They will hit the grit first, and because of that they can still swim through the escape hole without having to drown. NOAA discovered that the application of this device has helped to reduce the number of bycatches in shrimp fisheries for up to 44%.