You are here: Home / Eureka Green / Do Smoking Habit And Cigarettes Contribute To Global Warming?

Smoking is bad for your health, that’s a common sense to us, even this fact still cannot stop those smokers to give up their egos. Smoking also affects the health of people around you who are being passive smokers, but again this fact cannot tackle the habit.

Both of those two facts saying that smoking is bad for human health doesn’t tell a success story in stopping smokers for enjoying their cigarettes. But what if we add another point of view: smoking may affect the longevity of our nature, our whole earth.

Researchers have long tried to find supporting facts about how smoking is bad for not only our health but also the earth. Some findings said that the effect is too small, it is negligible. Some others found that smoking is greatly harmful for the earth.

Which one is true? Here we will try to break it down for you, so you can understand the effect of smoking cigarettes to the earth. A clue for you: both statements are true. 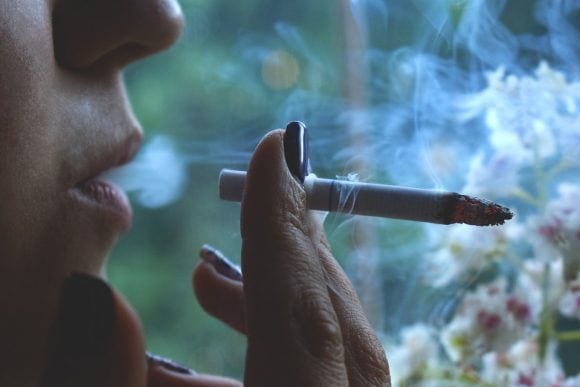 Reading the title of this header might make you think that we just want to make a controversial content. But hard to believe, researchers found out that the activity of smoking, instead of worsening the global warming, may even prevent the heating process of the earth.

John M. Wallace, a professor at University of Washington found out that smoking is ‘good’ for the earth. “In fact, it might even counteract global warming by an equally minuscule amount, because the white particulate matter in smoke would reflect some of the sun’s energy, thereby minimizing heat,” he said.

What about the smoke produced from the burning process? Smoking produces smoke, and we know that any kind of smoke is a pollutant that may worsen the global warming. In addition, smokers can be found in every part of the world, that you may think they must have produced significant amount of pollutant.

But again, researchers found out that the trace amount of carbon dioxide and other pollutants in cigarette smoke is too small to contribute to the climate. Let alone doing direct harm to the nature like fossil fuel burning does.

Based on those facts, you might think that smoking ‘is not that bad’ for the earth, especially you, smokers. But that’s not the whole story, those findings were just based on the smoke produced by the cigarettes. Here we give you the whole story.

The Bad Habits Of Tobacco 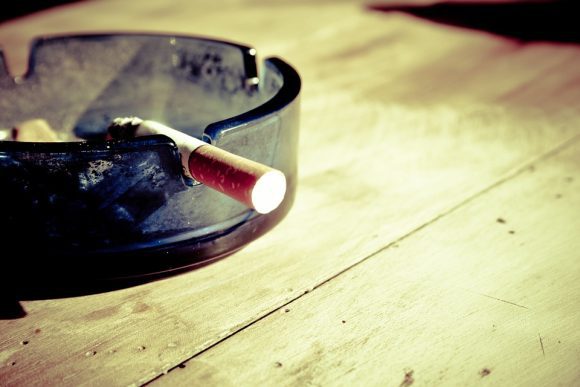 Tobacco is the most important part of a cigarette, and we all know that tobacco trees are being planted in industrial scale for the sake of producing cigarettes. Indeed, tobacco itself is a plant, thus it may also contribute to make the world ‘greener’ by photosynthesis process it does.

However, compared to other plants, tobacco is a highly demanding plant. Tobacco absorbs six times more potassium from the soil as other plants does to grow well, and the plant does it constantly as long as it is planted.

Thus, the amount of the nutrient in the soil drains six times faster than usual, making the soil goes unsupportive for future replantation of tobacco in just several harvests. By that time, the soil becomes useless to the tobacco farmers, unless being processed.

The processing activity to ‘refresh’ the soil requires a lot of effort, time, and money. That’s why some tobacco farmers, especially those who live in undeveloped nations, simply seek out a new and fresh field to plant more tobacco. Some of them ignorantly just clear-cut forests to get the fresh field.

Moreover, the drying and curing process of tobacco for making cigarettes also require the help of fire. And guess what is the fuel of the fire? Mainly woods. Data recorded that 600 million of trees are cut and burned annually in the process of making ‘ripe’ tobacco for cigarettes. Starting to see how harmful it is to the earth?

Wrapping The Cigarettes With CO2 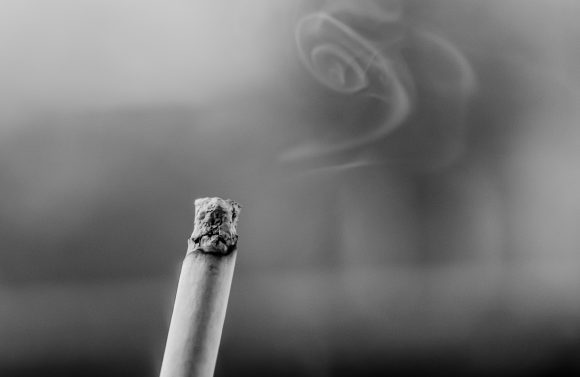 You think those facts are the only non-eco-friendly part of cigarettes? Those are just the beginning, after getting the ‘ripe’ tobacco, it needs further process to make ready-to-serve pack of cigarettes like you know are being sold in the stores.

The tobacco is then wrapped in cigarette papers for the smokers’ convenient. And the amount of paper spent for making cigarettes is unbelievable. Data recorded that for just wrapping cigarettes, four miles of paper is consumed hourly.

Researchers did some calculation about the effect of cutting that much trees for cigarettes manufacturing and they found out that the damage is equivalent to burning 2.8 billion gallons of fossil fuel. This calculation excluded other sources of pollution generated from the manufacturing process. 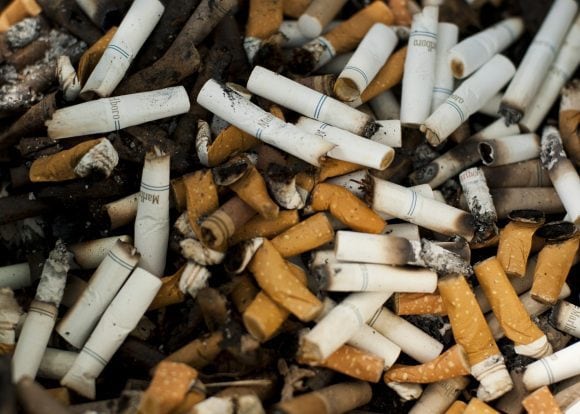 The buds are made of synthetic fiber named cellulose acetate, that requires more than a decade to decompose. Those cigarette buds contain chemicals which are harmful for the environment, and as they are tossed away, instead of biodegrading they release those chemicals to the soil, water, and even the air.

There are many harmful toxins that cigarette buds potentially release in this process, such as nicotine, cyanide, acetone, arsenic, even heavy metals such as barium, chromium, and lead. Researchers have scientifically proven it by conducting a study in 2011.

A single cigarette bud was put in a controlled environment to show how it would affect the organisms living in the controlled environment. They found out that leachate from the single cigarette bud could kill half the exposed fish. Imagine those creatures that not only ‘being exposed’ to it, but mistakenly swallow it. The toxins will be released inside their bodies and kill them slowly.

So, for the conclusion, the smoke itself maybe not that harmful for the nature. But the whole process of making cigarette and the waste it produces are the ones that will harm the earth, and every single creature living on it.