You are here: Home / The Species / Why Did Scientists Train A Spider To Jump On Purpose?

You might have heard one of the biggest terror for some people, the jumping spiders. For those who have the arachnophobia, spiders that can jump to close the gap between distances are just simply the worst possible thing to ever exist.

Want to know more about the training process? Well, we are not asking you to imagine facing one, let alone trying to train one, of the jumping spiders in this article. Actually, we want to tell you how can those spiders may benefit us. Make sure to take some steps back before reading it. 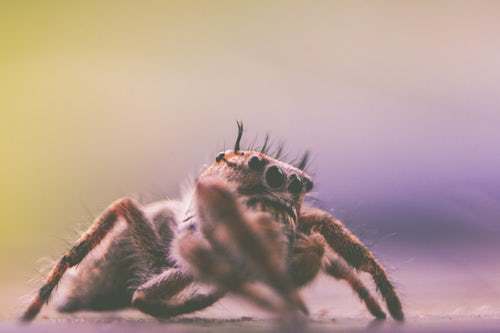 A group of researchers from University of Manchester thought that jumping spiders are one of the most sophisticated creature on earth, at least in some ways. The creature is known to be one of the creatures which can jump the farthest.

It amazed the researchers since the spiders don’t need to take some resolve to do the jump, which means that they can just do it anytime they need to do it. The force on the legs at take-off can be up to five times the weight of the spider. This is amazing,” lead study author Mostafa Nabawy said to Live Science.

This ability is pretty much applicable when they are being threatened by predators or chasing fleeing preys. In addition, the jumping spiders are usually moving fairly slow and unobtrusively, thus the jumping ability is a great boost for them to be reckoned with in animal kingdom. 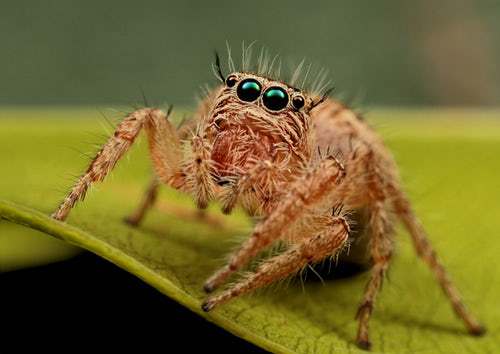 “If we can understand these biomechanics, we can apply them to other areas of research,” said Nabawy, who is a researcher at The University of Manchester’s School of Mechanical, Aerospace and Civil Engineering. That was the reason why they tried to train a jumping spider to move in command.

The chosen spider was nicknamed Kim, and it was not an easy job for the researchers to train Kim to leap on demand. One of the reasons why it was so hard to train Kim was because spiders are different from domesticated pets like dogs which are particularly easy to train.

Using a rewards system, like giving your good boy foods after chasing sticks, is nearly impossible for them. “She would eat a cricket per week, so we couldn’t use a rewards system. And if we just gave her prey, then she would only jump motivated by the food. Then we would have to wait a week between jumps,” said Nabawy.

That was why the researchers tried to find a way to ‘force’ Kim to show its ability in jumping from one place to another. They manually moved the spider from one platform to the other and repeated the process until Kim got accustomed to jump without their help. 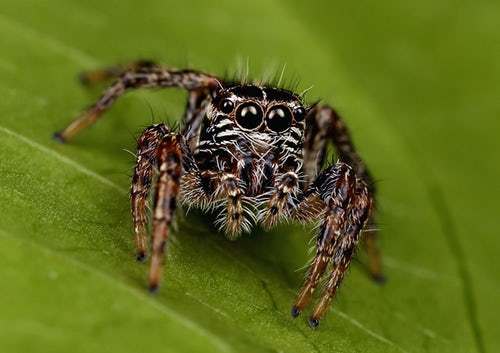 Kim was not the only one being auditioned in this study, there are three other spiders included but those three appeared to be too ignorance. However, even Kim was the only one showing positive response to the researchers, Kim did an awesome work.

To measure Kim’s jumping ability, the researchers recorded every jump it did with high-speed cameras and 3D CT scans. This way, they can capture the precise movements made by the spider while leaping form one place to another.

The platforms were built in different height and distances from one another in order to provide sufficient data about the spider’s movements. Amazingly, Kim could jump from one platform to another easily and accurately.

“She never missed. She didn’t jump unless she was confident she could make the jump,” said Nabawy. By ‘confident’, Nabawy meant the limited vision of the spider might be the only thing preventing Kim jumping more than six times of its body length.

The purpose of knowing how jumping spiders can do the leap is to study the movements of the legs. Like mentioned before, those spiders can just do the leap anytime even in standing or stationary position without any preparations. 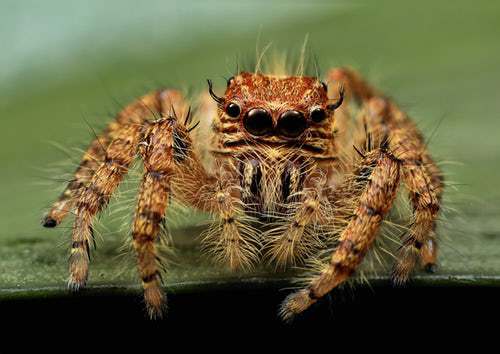 The key is hydraulic pressure mechanism in their bodies and their legs’ strength. The hydraulic mechanism allows the spiders to swiftly flow their blood to their limbs when they extend their legs. However, scientists believe that the main force in the jump is the muscle in their legs that can give more than enough force to jump from stationary position.

“Our results suggest that whilst Kim can move her legs hydraulically, she does not need the additional power from hydraulics to achieve her extraordinary jumping performance. Thus, the role of hydraulic movement in spiders remains an open question,” said aerodynamics researcher Bill Crowther.

The main purpose of this study was to understand how the spiders able to do such leap without showing much effort. Furthermore, the final result of the study was expected to inspire researchers and engineers in the future to imitate the mechanism in robotics.

“We are familiar with robots that are aimed at taking over human functions, but there are millions of insects in the world that perform specific functions that we have interest in adapting to robotics,” said Nabawy.

Well, like we said earlier, who thought that one of the biggest terrors in the world might benefit us? One day it is possible for newer generations of hydraulic machines to adopt the jumping spiders’ leaping mechanisms.

The Warming Of This Earth Is Making These Spiders Bigger!