You are here: Home / The Species / Tapir, The Animal Who Can Save Us From Global Warming

If you find an animal with a shape like a pig, a nose like the shorter version of elephant’s trunk and a size of a lamb, it might be tapir. Tapir is a large herbivorous animal that inhabit forest areas all around America and Southeast Asia.

The Species Of Tapir 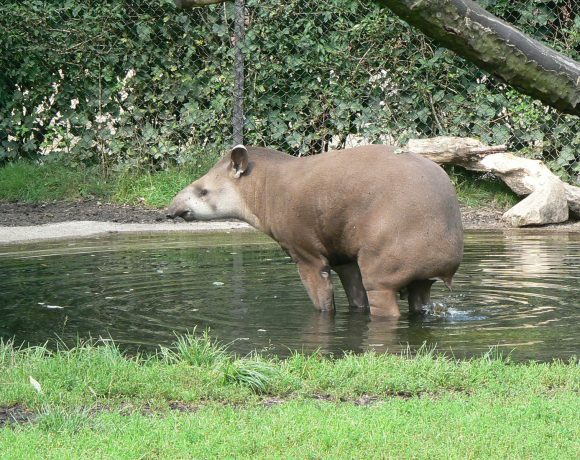 Firstly, before knowing how this animal can save us from global warming, we have to know it better. There are currently 5 species of tapirs living in this world, most of it can be found in America continent. They are Baird’s tapir, Lowland tapir, Kabomani tapir, Mountain tapir, and Malayan tapir.

Each species can grow in different size, but usually the size of adult tapir is 2 meters long and 1 meter tall. Their size also affects their weight, while they usually weigh between 150 to 300 kilograms. They are considered mature at age 3 or 5 and females mature earlier than the male ones.

The lifespan of this animal is relatively long, ranging from 25 to 30 years both in the wild and in captivity. That’s why, most zoos all around the world usually have tapirs in it because of their relatively long lifespan compared to other animals.

The snout of this animal is highly useful for the animal to reach out the leaves, fruits, and other parts of plants that they cannot reach otherwise. It is highly flexible and able to move to any direction, which is also helping them to smell things, including danger, around them.

Ability To Heal The World 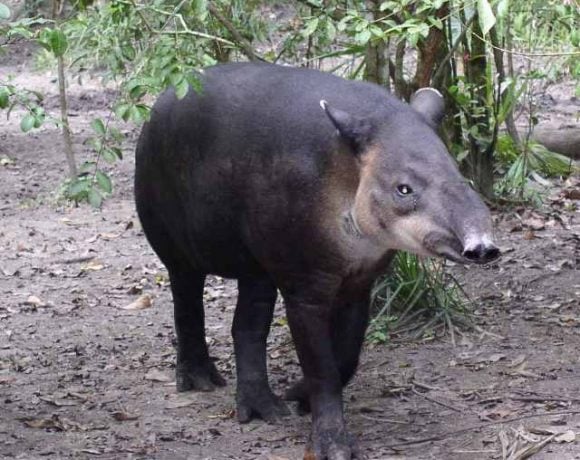 Like we mentioned before, tapirs have the ability to save this world from global warming. Not by eating our nightmares about the global warming like the folklore in Japan, but by planting trees. Yes, tapirs can help us planting trees with its feces.

It is not a joke, but it is proven by scientists, recent study has found that large fruit-eating animals, like tapir and elephants, have high contribution in planting trees. The seeds of the fruits they consume are encased in a highly nutritious fertilizer (the feces) that helps the seeds to grow.

In addition, this mammal can eat up to 40 kilograms of vegetation a day. Imagine how much seeds they could spread every year.

The study conducted in Amazon jungle found out that tapir’s ability to plant trees are incredible. They are highly mobile through the jungle and can disperse the seeds they carry in their bellies far away from the original trees.

And that’s why this mammal is important for reforestation of any forest they live in. different plant need different kind of nutrition from the soil, and spreading the planting will help the plants grow better. If an area is only inhabited by a single kind of plant, the nutrition they absorb will decrease significantly.

That logic is usually practiced by farmers who use rotating plantation. In example, at some moment they plant corn, and after harvesting the plant they plant cassava. This is to keep the regeneration of nutrition in the soil, so next time they plant corn, their corns will grow in not less quality than before.

The Cost Of Tapir 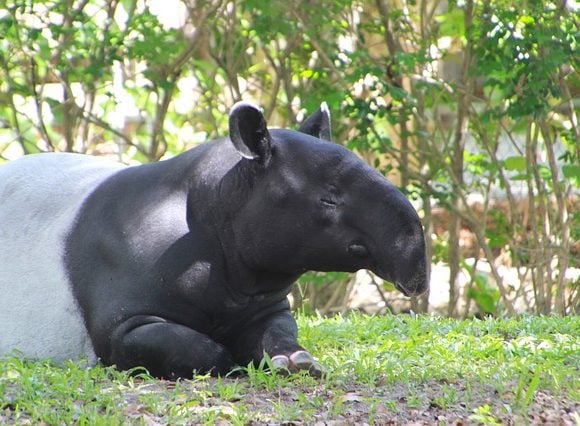 Not only planting trees just by producing feces, but they spread the seeds of the trees all around the forest they live in. Tapir naturally inherit the ability to do so, thus some people call this animal as “gardener of the forest”.

The study conducted in Amazon jungle has proven the importance of lowland tapir living in the area. The lowland tapir is the largest Amazonian mammals, making their contribution is important to the jungle.

The study calculated the benefits and the loss of lowland tapir extinction and the number they found is enormous. If the species is driven to extinction, it the world would be losing 5 to 13 trillion dollars. That’s massive amount of money!

However, the population of tapirs are threatened by deforestation, making them losing habitats and source of foods, for smaller amount of money. That’s why, all around the world, many conservation groups are trying to save this animal from extinction.

Efforts To Save The Animal 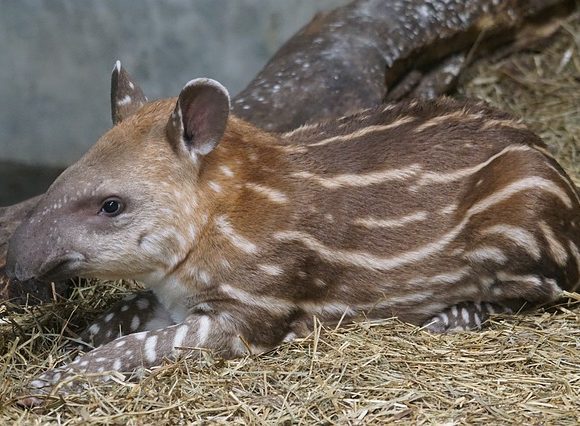 Many conservationists all around the world have tried to form groups that pay most consent on saving tapir. One example is Tapir Specialist Group from IUCN Species Survival Commission, who have tried to stimulate, develop, and execute practical programs to study, save, and restore populations of tapir.

However, the trend of restoring tapir is not an easy thing to do. Poaching and deforestation that happen in their habitats keep making the efforts done by conservationists get harder and harder every day. The rarest species of tapirs are mountain tapirs and Baird’s tapirs, which population are only around 3000-3500 animals left.

This world keeps losing more tapirs than getting new ones. Naturally, a tapir can only breed once every two years, and mother tapir has a long gestation period which is 13 months. But the number of dying tapir far exceeds the number of born calves, making the world is in deficit.

The other three species left on earth are not safer from extinction because they are also facing deforestation in their areas for oil palm plantations, cattle ranching expansion, and agricultural deeds. Thus, both directly and indirectly, human have huge contribution to lessen the tapir population.

Thus, knowing the worth of this animal and their contribution to the world, we should pay more attention to this funny-looking animal. For more information about this animal, you can visit the Tapir Specialist Group webpage.