You are here: Home / Uncategorized / The Congo: Second Biggest Rainforest Made Its Comeback

Do you know what is the biggest rainforest in this planet? That’s on us, because you should have known about the Amazon Forest. But what do you know about the second biggest one? Do you even know where is it?

Well, it’s okay to admit that you might not know where it is, and we are here to tell you about it. The forest is located in the Congo Basin, which embraces Central African Republic, the Democratic Republic of Congo, and the Republic of Congo.

Also called as ‘The Congo’, this is also the biggest rainforest area in the African continent. The presence of this area is incredibly important and vital to not only people in Africa, but for the whole humanity all over the world.

The Forest in Congo 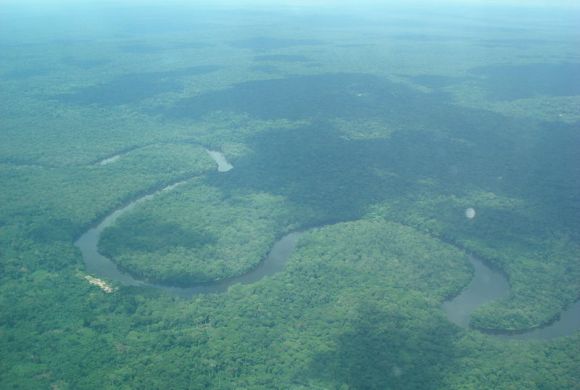 So, what’s so special about this rainforest? Of course, being the second largest one behind only Amazon Forest is already something, but there are other things that may draw your interest. The Congo is more than just a bunch of trees standing tall and neat.

There are a lot of other things inside the forest, including rare and endangered animals, native growing trees, even human. Yes, some humans live in the forest, as World Resources Institute estimated the number could reach 80 million individuals.

While the noticeable animal living in the area is bonobo monkey, an endangered species of great ape that’s said to be a close relative to chimpanzee. They are even said to be closest extant relatives to human. The Congo is home to 50% of the world’s bonobo monkeys.

More importantly, this area is also called as the world’s second lung, thanks to its incredible carbon trapping ability. The Congo is holding and trapping roughly around 8% of the whole world’s forest-based carbon inside.

Just for a scale, in 2017 it was discovered that a part of The Congo, specifically in Cuvette Centrale, contain 30 billion tons of carbon. That amount of carbon is equivalent to the result of United States fossil fuel emission for 20 years. 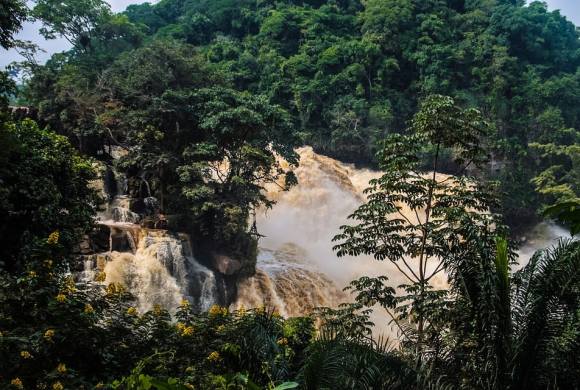 So, what’s the problem that the Congo has been actually facing? Well, there are several problems that is needed to address, but we will try to not include the most obvious one: climate change. Climate change is obviously a problem that we all already know the consequences of.

But because it is such an obvious problem, we all already acknowledge, we will not talk further about this. Rather, let’s concentrate on problems that come from human activities such as deforestation, palm oil plantation, and mining industry.

Deforestation in The Congo used to be related to small scale agriculture and wood gathering. But as investors started to arrive in the region, many other various reasons such as agro-industry, mining, and oils followed.

Southeast Asia, especially Borneo, used to be the heaven for palm oil industry. But as land has become scarcer and laws become stricter, many investors tried to find another land for their own paradise and The Congo was their choice. Trees need to be cut down to create palm oil plantation, and just one plantation can require hundreds of hectares of land.

And what’s worse is the arrival of planned oil drilling concessions in the last decade. Luckily, according to Salonga.org, “In June 2021, the Congolese authorities provided clarification that the oil concessions overlapping with SNP are null and void.” 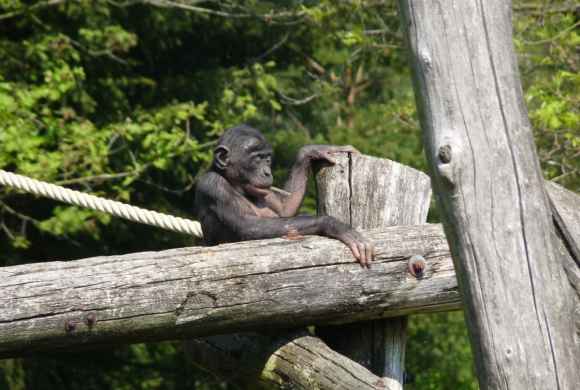 A study conducted by Simon Lewis, a geographer at University College London, discovered that extreme weather as the result of global warming has taken its toll on The Congo. He found that since as early as 2010, trees in the area began to lose the ability to absorb carbon.

Talking a few years back, we all know that human activities would only worsen the condition. It tickled local government and UNESCO to prevent the exploitation of The Congo by irresponsible hands. UNESCO responded to it by putting the area into List of World Heritage in Danger.

The decision was made to protect the carbon trapper, the area with the most extensive tropical peatland, also around 10,000 species of endangered tropical species. Such complex combination of things cannot be found in other places in the world.

Lewis, who has been out on the field in the Congo Basin since 2002 also stated that this forest is a treasure for every single human being. “Being a major storehouse of biodiversity, it provides huge services to all of humanity.”

The Will to Restore the Congo

Let’s talk about how the restoration process was carried out. As mentioned above, putting the area into UNESCO’s List of World Heritage in Danger was among the first steps taken to restore the forest into its most pristine condition.

One of the methods done is improving the management of national parks located inside the area, especially the Salonga National Park, according to international standards. ICCN together with WWF were the ones responsible to monitor and carry out the plan.

According to Salonga.org, the plans were including “implementing regular ecological monitoring of characteristic species, supporting ICCN in operationalizing the government’s anti-poaching strategy and strengthening the collaboration between all actors involved in the management and conservation of SNP, ranging from scientists to local communities.”

As the result for that, now Salonga National Park and other parts of The Congo has now been removed from UNESCO’s List of World Heritage in Danger. It is a prestige that means any efforts to bring back the forest into its pristine condition for now, and in estimation for the future, has been working well.