You are here: Home / The Species / The Lost Penguins: Thousands Penguins Discovered In Isolated Islands

The population of Adelie penguins has been declining steadily for the past 40 years. And although researchers had calculated how outside threats affected the population, there was some mysteriously missing numbers among the individuals.

Some tried to find out what caused the miss, but the researchers still couldn’t find where and how did those penguins disappear. But the confusion stopped after researchers from all around the world worked together to find out a surprising fact.

By examining satellite images from NASA, the researchers found a mega colony of Adelie penguins in an isolated area in Antarctica called Danger Islands. It is a huge discovery since the mega colony consists of about 751, 527 pairs of penguins!

“They also appear to have not suffered the population declines found along the western side of Antarctic Peninsula that are associated with recent climate change,” said Mike Polito, one of the researchers contributing to the study from Louisiana State University. 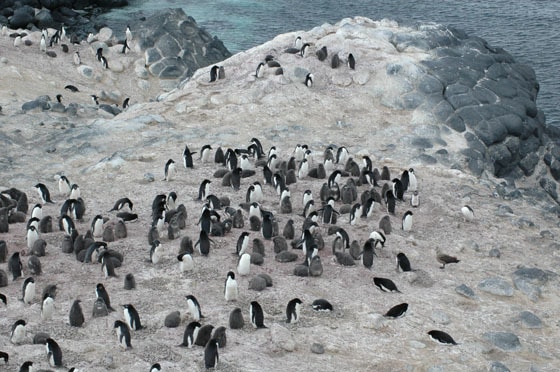 Located near the tip of Antartic Peninsula, about 24 kilometers south-east of Joinville Island, Danger Islands is an isolated group of islands. The islands were discovered in 1842 by British expedition under James Clark Ross.

Ross named the islands with such a strong word to depict the high risk of getting close to the islands. The islands were concealed among heavy fragments of ice which make incautious ships sailing near the area might get stranded if they do not pay attention to it.

“Due to the currents of the Weddell Sea, which drive sea ice northward, access to the islands is precluded in most years. Heroína Island, at the northeast end of the archipelago, is the most frequently visited of the Danger Islands and yet hosts a median visitation rate of only one ship landing per year,” stated in the report of the study.

Although some people recognized the name of the islands, but not so many are wanting to notice about them. The reason is mainly similar to why Ross named the islands with the word ‘danger’, the surrounding ocean is packed with thick sea ice and traveling there is nearly impossible.

The area itself didn’t get enough attention from the world since people thought that Danger Islands were not that significant. “Until recently, the Danger Islands weren’t known to be an important penguin habitat,” said Heather Lynch from Stony Brook University.

The phenomenon of missing numbers of Adelie penguins have occurred since 1959, and the year is predicted to be the starting point where the colony started to build up. And since then, the colony has developed into a stable community on its own.

Like mentioned above, the community is most likely being protected by the geographical features of the islands. Sailing to the islands is not so common, and even sailors hesitate getting close to those islands consists of 9 lands.

“Due to the currents of the Weddell Sea, which drive sea ice northward, access to the islands is precluded in most years. Heroína Island, at the northeast end of the archipelago, is the most frequently visited of the Danger Islands and yet hosts a median visitation rate of only one ship landing per year,” explained by the researchers in the study.

A unique fact about this discovery of Adelie penguin’s colony is that the researchers didn’t directly spot them. Instead, the researchers first spotted a huge amount of penguin poop from NASA imagery around the danger islands in 2014.

The huge amount of penguin droppings, even visible from space, made the researchers optimist that there are huge numbers of them around nearby. They then conducted an expedition to the rocky and isolated islands only to find out that their suspicion was right.

“When we first got these pixels of guano, I thought it might be a false alarm. It wasn’t. We had massive penguin colonies that had not been known to exist,” said Heather Lynch, professor of ecology and evolution at Stony Brook University who pioneered the study to The Wall Street Journal.

Finding the massive colony, the researchers tried to count the number of them using drones and artificial intelligence. “”The drone lets you fly in a grid over the island, taking pictures once per second. You can then stitch them together into a huge collage that shows the entire landmass in 2D and 3D,” said Hanumant Singh, the drone navigator and a professor at Northeastern University.

What makes the researchers proud of their work is the number of the penguins discovered, which reached about 1.5 million penguins. “This was an incredible experience, finding and counting so many penguins,” said Tom Hart from University of Oxford as one of the researchers who also contributed to the study. 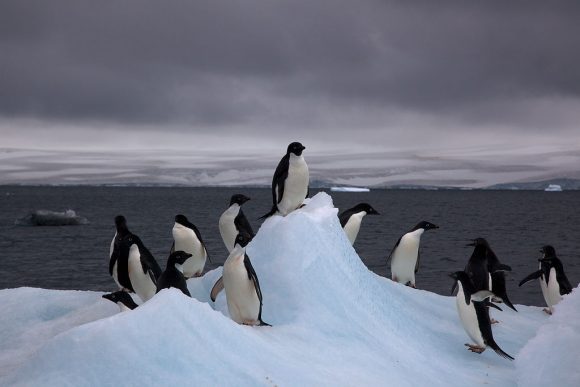 This discovery is a huge leap for nature conservation, since it adds up a reason to fight for global campaign to turn huge areas in Antarctic to the world’s biggest sanctuary. This idea was pioneered by European Union and immediately got the support from Greenpeace.

“The next few years are absolutely essential for the future of our oceans and we are in desperate need for governments to come together and do what is best for these amazing ecosystems,” said Will McCallum, member of Greenpeace’s Protect the Antarctic Campaign.

It is in line with the hopes of the researchers who said that the Danger Islands “deserve special consideration in the negotiation and design of Marine Protected Areas in the region”.

Not only that, Tom Hart said that how the Danger Islands could protect such mega population of penguins for a very long time showed that it could be a lesson to us. “I think it highlights the need for better protection of the west Antarctic Peninsula, where we are seeing declines,” he said.