You are here: Home / Eureka Green / 5 Reasons Why Vertical Farming is the Future of Humankind

As humanity grows larger, space keeps becoming an issue. So, things are becoming more and more vertical like houses, interior design, and garden. But we’re beginning to have the larger version of garden; farms. While field and greenhouse takes space, this alternative saves it.

Vertical farms are plants stacked in layers, which are usually integrated into other building like a shipping container, skyscraper and warehouse. Vertical farms will produce food as the conventional ones.

And since it uses Controlled Environment Agriculture technology, it doesn’t need to rely so much on sun and weather. There’ll be no worry about temperature, humidity or moisture, gas, and light to grow food or medicine; the climate inside the farm is well-regulated.

The main goal of vertical farming is to produce more crops in a limited space. There needs to be towers filled with cultivated crops, as well as great fusion of natural and artificial lights to maintain the perfect light level in the room. To better improve the lighting efficiency, rotating beds technology is sometimes also used.

Peat moss, coconut husks, and other non-soil mediums are more common than aeroponic and hydroponic. To make it more sustainable and conservable, this kind of farming uses features to offset energy cost of farming. One of the results? It uses up to 95% less water.

One example of the vertical farming is a company called Plenty. They want to have a vertical farm where they’ll grow pesticide-free produce with high quality for regional consumers. The crops grow in 600 cm tall towers in LED-lighted facility. They won’t be using synthetic fertilizers and herbicides, as well. Instead, they’ll use infrared cameras and sensors to collect data and optimize the farming from there.

Plenty claims that they can produce 350 times greater than traditional agriculture by only using 1% water and little to no soil. Such strong claim sounds very promising that Jeff Bezos, Amazon CEO, has invested in the company. Aside of Bezos, SoftBank, Louis Bacon, DCM Ventures, and Finistere Ventures have joined to fund the company.

How vertical farms are great

So this type of farming is favorable to both consumer and producer. Other than that, it can potentially reduce all that space problems or even deforestation in the future. In short, vertical farms could be humanity’s future and problem solver. Here’s why.

It’s predicted that by 2050, 80% of world population will live in urban areas, and the growing number means increasing demand for food. Conventional, traditional methods of farming won’t be effective to meet the demand, and so the new type of farming will play a significant role to to prepare that kind of problem.

With vertical farming, you can get 4 to 6 acres of production capacity in only 1 acre. When it’s roughly calculated, a 30 storey building of 5 acres can produce an equivalent of 2.400 acres of horizontal farming. Also, you can continuously grow your crops all year round because the facilities are climate-controlled by advanced technology.

Conservation at its best 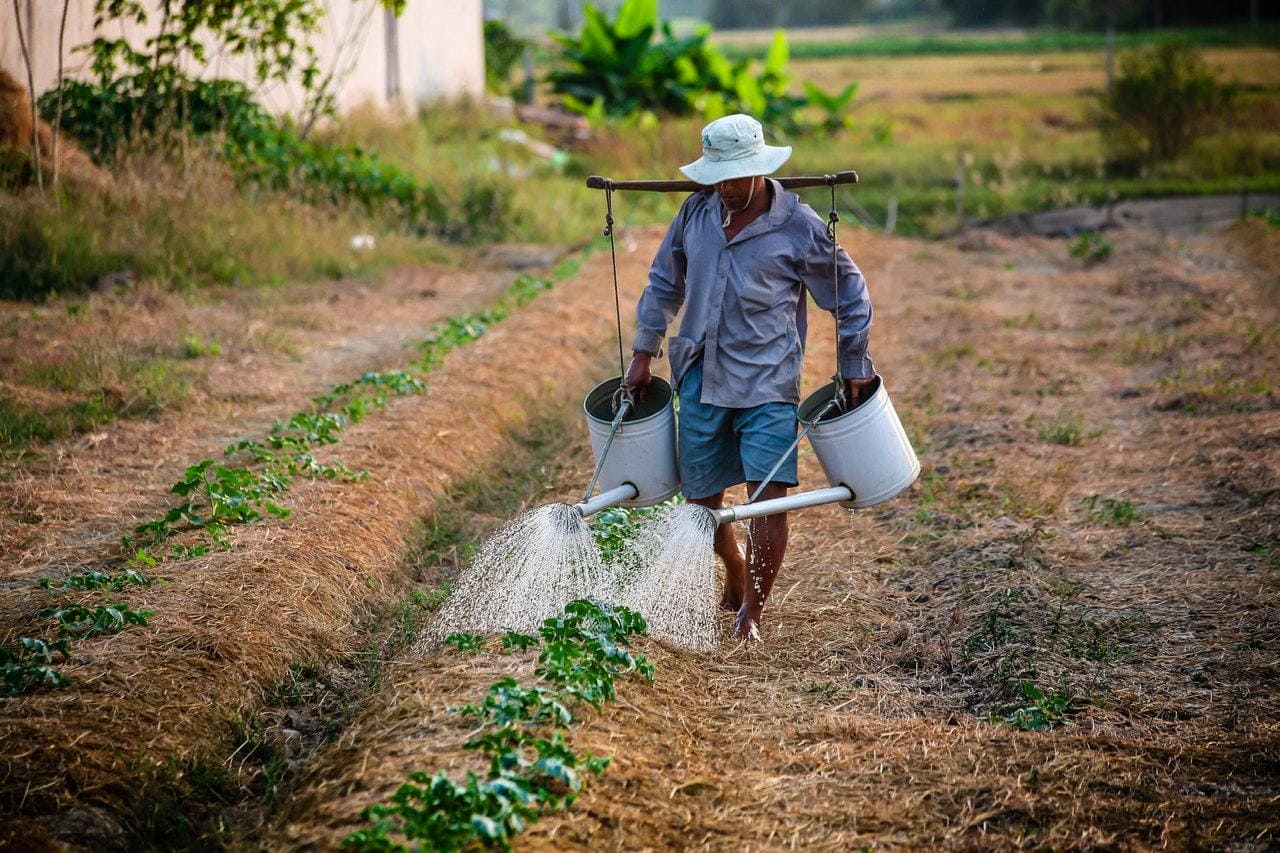 As mentioned before, vertical farming saves a lot of water. Vertical farmers can grow crops with 70 to 95% less water than the required amount for normal cultivation. Of course, conventional farmers have some ways to conserve water such as drip irrigation, rotational grazing, and crops covering among other things. The conservation amount and results, however, won’t be as favorable.

Bad weather will be a thing of the past

Crop quality and plant health are very important when it comes to farming. Something goes wrong and you’re gonna have a bad time when it’s time to harvest. Crops can easily be affected by natural crisis like cyclones, flood, or severe droughts.

Since global warming has worsen that up, moving those plants indoor will significantly mitigate unwanted consequences. Farmers will also have a great certainty of harvest throughout the year.

Organic things are so nice. However, not every part of the world can enjoy this advantage. Some have to pay a lot more because of shipping costs, and it’s not exactly eco-friendly because there are more carbon footprints from the transportation.

If there are more and more vertical farmers, surely that won’t happen too often. We can enjoy healthier food and lifestyles. Vertical farming doesn’t use chemical pesticides, which can cause chemical pollution to water, soil, and air. When farmers don’t use it, we’ll be free of health risks and the environment will be happier.

Did you know that traditional farmers are frequently exposed to hazards? They work around areas and items which can potentially give them diseases like malaria and accidents because of their heavy farming equipment. Poisonous chemicals within the farming area are also high-risk to them, too. With indoor vertical farming, they won’t have to be in constant danger.

How vertical farms are not that great

However, no gift comes without a price. Even though vertical farming sounds really promising and beneficial to humans and Earth, there are some limitations as well.

Pollination will be difficult

Bugs or insects are great helpers to the success of growing crops in farms. But vertical farming exclude them completely from the process, so it’s done manually. And so far, manual pollination is costly and requires a large workforce, which is not the most efficient method to date. The workers will also have to reach each layer, which decrease employee efficiency.

Building towers for farming, installing lighting, heating, and other technology gadgets, and labor costs are larger than the benefits received from vertical farming. Building cost can be up to $100 million. This new form of farming also need highly skilled workers. The hourly cost of these workers are way higher than the ones in the conventional agriculture. Companies will have to pay a lot more.

Technology is great because it helps us in many ways, such as increase efficiency and help us get things done effectively. Vertical farms, however, are extremely dependent on them. When those farms lose power for a single day, companies will have a bad day. Also, this will create fewer jobs because of high-tech gadgets and automation.

All in all, vertical farms have their strength and weaknesses, but it doesn’t mean that this type of farms can’t be refined to be better. It’s a relatively new technology, after all, and there’s still time to perfect it.

But what’s your take on this technology? We’d love to hear your thoughts, so share them in the comments below. If you like this type of reading, make sure to check this article about other technology which will help Mother Earth and human in the future.