You are here: Home / Eureka Green / Are We Going To Use Algae Curtain To Fight Air Pollution At Home?

Climate change and air pollution co-exist in this modern world, thanks to our lethal consumption of fossil fuel. But even though we have all experienced the bad things caused by those two things, we still cannot get rid of our addiction to fossil fuel.

Out of control algae growth is one of many effects caused by climate change. Algae is growing faster with warmer air, and it also become thicker that it is more difficult to control afterward. Of course, it directly affects marine ecosystem, especially when it covers a huge area and makes the water body warm.

But what if we bring the algae into land, and use it to fight climate change and air pollution in one take? London-based architecture company, EcoLogicStudio, brought the idea and is now developing algae curtain to do that.

What is algae curtain? How can ‘just’ a curtain fight two of our biggest enemies in one take? Here in this article we are going to tell you. 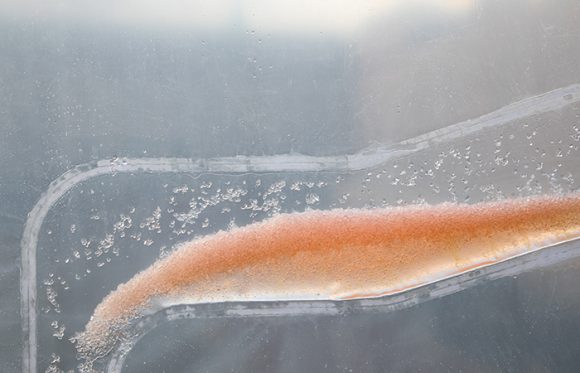 As we already know, algae thrive by feeding on sunlight, carbon dioxide, and water. With its own power, anywhere all those things exist, algae can easily thrive. So, what if we are the one providing all those things to the algae, but in measured environment? What we get is this item called algae curtain.

Algae curtain is the installation we are talking about to fight climate change and air pollution in one go. The curtain can absorb carbon dioxide and pollutants from the atmosphere naturally just like what algae do in daily basis.

“Fifty per cent of world’s CO2 is adsorbed by oceans, thanks to the power of photosynthetic cyanobacteria or microalgae,” Marco Poletto, the innovator of this installation along with Claudia Pasquero explained, as stated in Standard.

Photosynthesis process done by the algae doesn’t only help us to absorb those harmful materials in the air, but also additionally create oxygen. Hence, as the result, we can also get fresher air by installing this algae curtain. 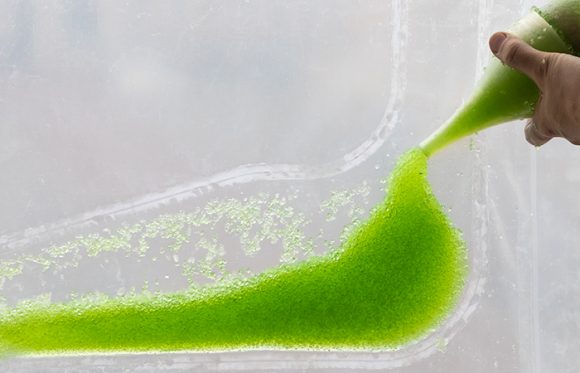 But there are some differences between prehistoric algae and modern algae we have today. They have evolved into more suitable organism to live in this modern era. “Algae have evolved to develop an exceptional biological intelligence that makes them incredibly resilient and very efficient as photosynthetic machines,” said Poletto.

Photosynthesis is indeed the ability that Poletto and Pasquero make use of from the algae. The process of recooking carbon dioxide from our daily activities, and turning it into oxygen to give us people and other living beings the air to breathe.

Even though algae are among the oldest organisms on earth, in fact it still can outperform even the most modern devices to fight both climate change and air pollution. Photo.Synth.Etica is the prove that using ancient organism can help us in this modern era.

“Microalgae have exceptional properties that have been discovered by biologists that allow them to re-metabolize some of the waste that our city generates. What we’ve done is try to understand how we can integrate microalgae in the urban environment,” said Claudia Pasquero. 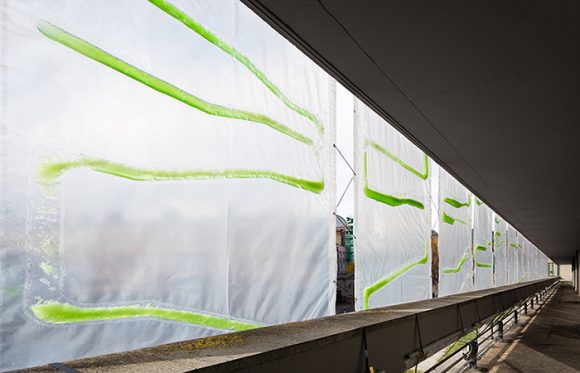 Let’s talk more specific about the bio-curtain. With bare sight, we can see that visually it appears just like another curtain hanging on the wall. But on the curtains, we can see there is some kind of motive appears like a green maze running along the surface.

The green maze is actually a series of tubes leading to the bottom part of it where unfiltered air enters. From there, the air will have to pass through the algae-filled tubes so that it can be filtered out first before being re-released from the top of the unit.

The maze-like pattern was chosen as the team was inspired by trading data charts. “The message is one of spatial convergence and connectivity between the financial marketplace of cyberspace and the relative organic molecular transactions in the biosphere,” said the team.

The whole unit is also eco-friendly and bio-degradable, because it is made of bio-plastic. The byproduct of this installation is biomass that can be burnt to produce energy or processed to turn into similar bioplastic material. It means that this product can even multiply by itself.

In addition to that, the curtain can also be applied in various applications since the algae in it is also bioluminescent. Further, we can put it in buildings with customized patterns to replace promotional signs, or just to give aesthetics to the buildings. 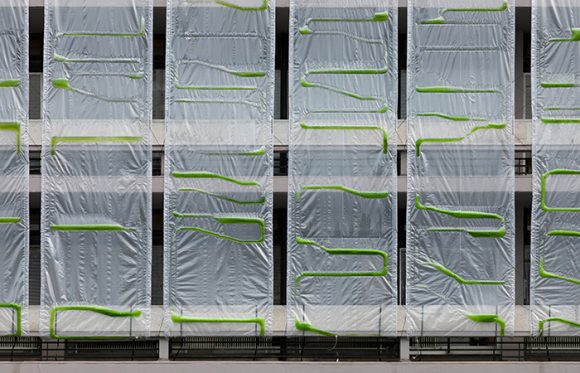 The team plans to release Photo.Synth.Etica for $350 a square meter as soon as possible. However, today there are only prototypes of it and EcoLogicStudio is still developing the more marketable version of it. The reason is because the demand for such practical and effective air-cleaning device is increasing due to increasing air pollution.

Even though we still cannot get it now, but in short future we might find such installation all around the cities. This algae curtain fits so much into our urban design in appearance, in addition to its functionality and eco-friendliness.

“Photo.Synth.Etica suggests that, in the anthropocene age, a non-anthropocentric mode of reasoning, and deploying cutting-edge technologies based on digital and biological intelligence, could be at the core of urban design and stimulate our collective sensibility to recognise patterns of reasoning across disciplines, materialities and technological regimes.”