You are here: Home / Hello Earth / Amazon Rainforest Can Be The Next Epicenter Of ‘New Coronavirus’

Every year, especially during dry season, millions of acres of rainforest in Indonesia is burning. Some say this is an intentional burning by locals to create an open field for agricultural works, some other say that this is natural disaster.

Consequently, the fruit bats looked for foods in other places which provide foods, including surrounding villages. Later we knew that the bat carried deadly Nipah virus that killed 105 people by 1999, and caused 265 others brain damage.

Experts warned that similar story like Nipah disease may happen again in the future starting from the largest rainforest in the world, Amazon Rainforest. The kind of virus that may spread in the future can be as dangerous and deadly as COVID-19. How to prevent it? Let’s talk about it. 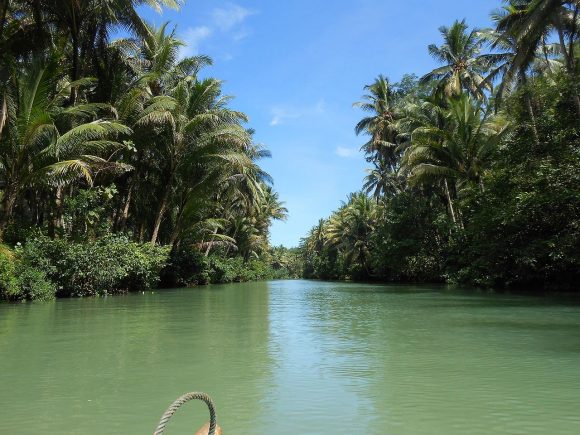 Brazil is the country suffering the most from coronavirus in South America. The country has the most victims to the disease and now coronavirus has spread into remote territories including Brazilian Amazon area. “COVID-19 has fertile terrain to spread rapidly among the populations that live in Amazonia,” president of prominent Brazilian rights group stated in a statement.

Articulation of Indigenous Peoples of Brazil (APIB) noted that death related to coronavirus outbreak in indigenous communities has reached 262 victims per June 9. This is a drastic increase from last recorded data in May 1 where ‘only’ 46 people died from it.

And as stated in the introduction of this article, the disaster can go out of control if Amazon deforestation continues. As more and more disease-carrying animals lose their habitats, the higher the chance for them to spread the disease they carry to people in nearby villages.

“It’s pretty well established that deforestation can be a strong driver of infectious disease transmission,” Andy MacDonald, a disease ecologist at the Earth Research Institute of the University of California, Santa Barbara.

“It’s a numbers game: The more we degrade and clear forest habitats, the more likely it is that we’re going to find ourselves in these situations where epidemics of infectious diseases occur,” he continued as quoted from National Geographic.

Coronavirus is believed to have originated from bats living in Hubei province. Rapid urbanizing in the province was believed to cause similar migration of fruit bats in Indonesia and at one point the virus found a way to get into human body.

The problem is, Amazon forest might be the next ‘Hubei’ with continuing deforestation and regular forest fire. “The Amazon is a huge reservoir of viruses. We’d better not try our luck,” said Brazilian ecologist David Lapola to AFP.

This is not a fairytale nor a horror story. The fact is, even the most iconic indigenous chiefs in Amazon, Paulinho Paiakan, has died after contracting the coronavirus. It is ironic that one of the toughest defenders of Amazon died from a kind of disease that he had been trying to prevent.

“He worked all his life to build worldwide alliances around indigenous peoples to save the Amazon. He was far ahead of his time. We’ve lost an extremely valuable guide,” said Gert-Peter Bruch, founder of environmental group Planet Amazon to AFP.

Losing one iconic person is not the worst disaster; the possibility to lose many more people is. If only what Paulinho Paiakan fought for was supported by all stakeholders, the story might have different ending than this. 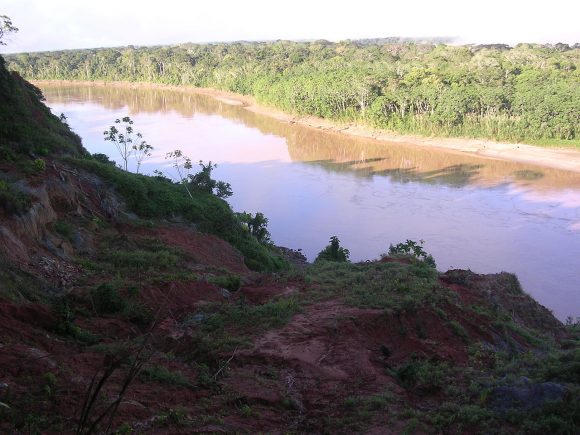 Another problem is, what most media talk about is just a small picture covering much bigger one. There are many other factors currently ‘corroding’ Amazon rainforest that many medias don’t talk about because it ‘happens naturally’.

“To only speak of deforestation when we refer to the loss of the Amazon is what I call ‘the great green lie’. The destruction of the Amazon rainforest up till now is much bigger than the almost 20% that they talk of in the media,” climate scientist Antonio Donato Nobre told BBC.

Fire, logging, and unlicensed hunting have made Amazon’s natural rainforest ecosystem degraded little by little. As a result, the hazards we are worrying about and preventing from happening might have actually happened.

Thus, there is huge chance that while you are reading this, virus-carrying organisms have already run loose in surrounding villages. Maybe there has been a new virus transmitted by those animals that we have not yet discovered.

Immediate response is required to clear this mess up before it would be too late for us to do anything. Not only in Amazon forest, but every single ecosystem on earth. The earth is already too ill if we have to wait for a revelation to come.

Can We Prevent It?

COVID-19 is a dangerous virus that we are facing nowadays. But it won’t be the only dangerous virus we should face if we cannot prevent the destruction of this earth’s natural ecosystem. Amazon forest is the biggest rainforest in the world, which means this forest has the biggest potentials to be the epicenter of future’s new diseases.

Indeed, this is a terrifying story, but it doesn’t need to become a reality. Today, our governments are paying almost all of their attention to combating coronavirus, so we don’t need to rely much on them to prevent this disaster (if only we ever really rely on them).

But we can prevent the horror from happening starting from today, even from our homes. We can start by doing our own research about the truth and spread the news to all our followers in social media.

There are also plenty fund-raising projects focused on repairing the damages of earth’s forests, including Amazon, and we can take part in it even from our homes. Another thing we can do is to file a petition or make a movement to protect our forests. Starting from small, from us, and from home, together we can make a change.