You are here: Home / Hello Earth / What To Talk About Scotland’s Rainforests

Talking about Scotland, what comes to your minds? Scottish men wearing Scottish kilt with the sound of their bagpipes? Or unicorn, which is their official animal? Or their two infamous football clubs, Glasgow Celtic and Rangers?

There are many things we can associate with Scotland, but you might never associate this country with rainforest. Just for your information, Scotland actually have rainforests. And those rainforests are just as lush as tropical rainforests.

The problem is, you see that Scotland rainforests are not as famous as tropical rainforests. And with that little attention throughout the entire world, those verdant areas are facing a huge problem. It is about the conservation of those areas, and we know that more attention means more conservation.

Luckily, recently some dedicated conservationists took action to save the lush rainforests from diminishing threat. Here in this article we will tell you the story.

As the beginning of the story, we are very sorry to tell you that around 50% of Scotland rainforest has been destroyed. Not a great way to start a story, but that’s the truth. And even though most people don’t know yet about the situation, a group of conservationists have started to cancel the disaster.

A group of conservationists from Atlantic Woodland Reliance worked together to find the most effective way to save the rainforest, and they complied it in a report. And the way is to eradicate totally several non-native plants to the land.

There are some plants in the rainforests which are not native but took control over the ecosystem. Some of which are rhododendron and Sitka spruce. Those plants are not only consuming too much space in the forest, but also too much resources.

With the presence of too much of those invasive plants, native plants such as oak and birch population declined. The conservationists hope that by eradicating non-native plants, there will be enough space and resources for the native plants to regrow.

Almost 40% of the rainforests are occupied by invasive rhododendron. The presence of rhododendron, and its growth rate threatens to choke the forests with high consumption of resources and space to grow for bigger trees.

“It is found along the West Coast and on the inner isles and is a unique habitat of ancient native oak, birch, ash, pine and hazel woodlands and includes open glades and river gorges,” said Adam Harrison of Woodland Trust Scotland.

What’s So Good About Their Forest? 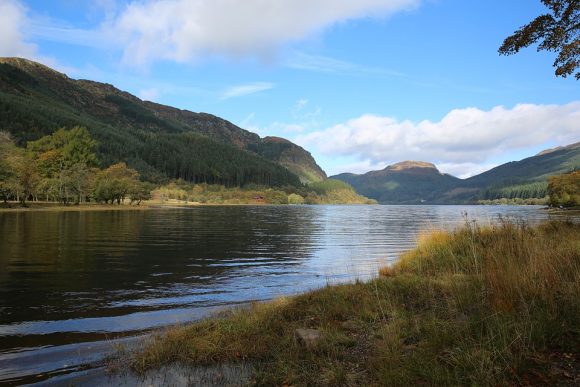 So, what’s actually so special about the forest, beside the fact that it is a forest? Scotland’s rainforest is a rather unique forest, and there are only a few places which have the same characteristics as the endangered forest.

“Scotland’s rainforest is just as lush and just as important as tropical rainforest, but is even rarer,” said Adam Harrison. The rainforests are actually cool temperate rainforests, and outside Scotland can only be found in Norway, Japan, New Zealand, and North America.

However, as mentioned above, about 50% of the forests have now been eradicated. There is about 75,000 acres left of the rainforests today, with such a huge responsibility to maintain the longevity of the unique ecosystem. 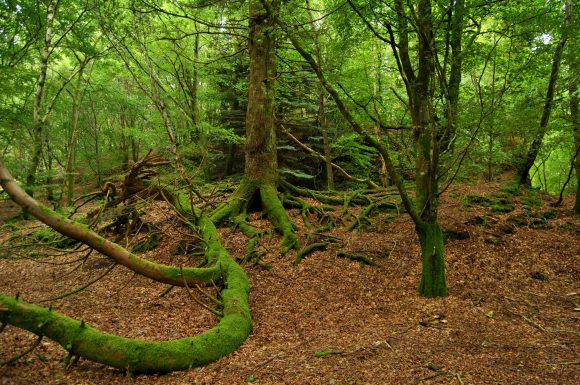 Woodland Trust Scotland is not working alone to protect the forests. The conservation group is supported by 16 other charities and organizations to propose the restoration of origination to the exclusive rainforests.

But that’s not the only thing that they have to fight for. There are so many other threats to Scotland rainforests, such as overgrazing and ash dieback caused by fungus. Don’t forget about our arch enemy, climate change.

The overgrazing is said to be responsible for halting the regrowth of trees and other plants in the forest. It also applies to new sprouts of huge trees mentioned above such as ancient native oak, ash, pine and hazel woodlands.

While climate change, combined with air pollution, is responsible for greater disasters. Most plants in the forest need moderate climate and fresh air to regrow well. But if the conditions keep get worsen, their regrowth rate will be hampered.

“Our rainforest relies on mild, wet and clean air coming in off the Atlantic, and is garlanded with a spectacular array of lichens, fungi, mosses, liverworts and ferns. Many are nationally and globally rare and some are found nowhere else in the world,” he said.

Scotland rainforests are important for the region’s ecosystem. It provides protections against flooding since they can soak up water and store it inside the earth. Let alone how many other European temperate rainforests have degraded in the last decades.

Lichens, which grow in the rainforests, are also important for Scotland’s ecology. The plants can fix atmospheric nitrogen, an ability that not many other plants can do. That’s why, the conservationists are trying to protect what’s left from the great biome once.

Up to nowadays, the members of the movement are including Forestry and Land Scotland, Loch Lomond and Trossachs National Park Authority, National Trust for Scotland, Plantlife Scotland, and The Royal Botanic Garden Edinburgh.

Gordon Gray Stephens from Community Woodlands Association said that this program is important because it might affect global community. That’s why, we need to give more attention to the conservation program and make it grow larger and larger.

“Our vision for regenerating Scotland’s rainforest is clear. We need to make it larger, in better condition, and with improved connections between people and woods,” he said. “Coming together as an alliance can help to make this happen.”

“This habitat was once found all along Europe’s Atlantic coast, but it has dwindled over thousands of years due to clearance and air pollution from steady industrialization. The west coast of Scotland has suffered less from these pressures and is now one of the last strongholds of Europe’s rainforest,” Dr Chris Ellis, RBGE’s head of cryptogams explained.