You are here: Home / Hello Earth / Even Bees Are Recycling Plastic, Researchers Found Out

Plastic itself has been one of our biggest problems nowadays, along with climate change and global warming. It is harmful to the nature and everything living with it by either poisoning them with microplastic or choking them to death.

Too many examples of each to be mentioned one by one, and we all already know it. Yet, some people still don’t think that we need to do something about it. However, with this story, nature might be able to tell us that it will help us when we are planning to do something good.

Nature is recycling the plastic waste we have produced, using the power of bees. Is it a good or bad thing? here in this article we are going to talk about it. 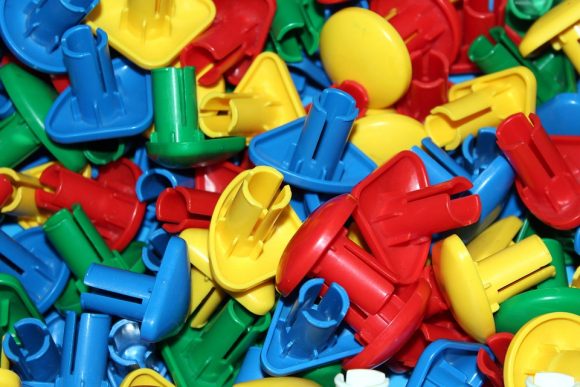 Plastic is a relatively new thing, compared to our ecosystems. Yet, since the invention of plastic, it has been disturbing the peace and order in our ecosystems. Plastic began to strangle, choke, poison, and obstruct our plants and animals since then.

Of course those plants and animals are forced to adapt to the presence of this new indestructible thing beyond their power. Most of them adapt to it badly, like some hermit crabs that take plastic for their housing or some bowerbirds that use plastic for building their exotic nests.

Another example of forced adaptation to plastic was discovered by researchers from York University Faculty of Science. The researchers found that even bees are recycling plastic nowadays to build their beehives.

The findings of the study show us that plastic we consumed has become a part of other creatures’ lives. “Plastic waste pervades the global landscape,” as stated by the author of the study in the journal Ecosphere.

“Although adverse impacts on both species and ecosystems have been documented, there are few observations of behavioral flexibility and adaptation in species, especially insects, to increasingly plastic-rich environments,” they continued.

Is It Good Or Bad? 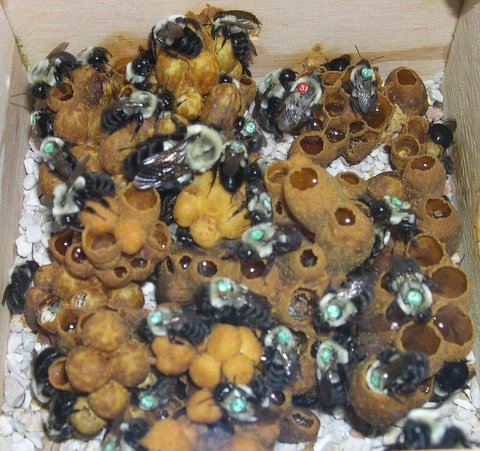 The combination of ‘plastic’ and ‘recycling’ words somehow always brings positive feelings to us. thus, does it also apply on this case? Well, apparently we need to inspect it further and truly understand it before deciding.

It is natural for bees to build beehives. Usually, they use wax for the construction of the hives that they get from converting sugar contents of honey. So, when do external matters, like plastic, take action for building the nest?

One of the bees studied, alfalfa leafcutter, usually use bites off pieces of leaves and flowers to make the nest. This is where pieces of small polyethylene plastics take place. Instead of using the pieces of leaves, the bees used small pieces of plastic.

What kind of plastic is used for this construction work? Researchers predicted that it might be plastic bags. “All pieces were of the same white glossy color and ‘plastic bag’ consistency. And thus presumably from the same source,” report stated.

Researchers are still studying whether the bees are choosing plastic instead of leaves with their own consideration, such as to make stronger beehives, or just randomly pick things up. But it means that plastic is already everywhere. 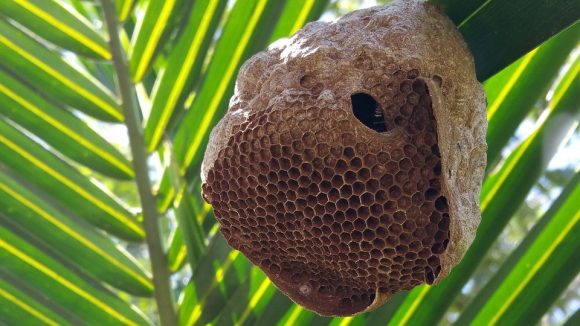 The finding is not a special case anymore, since it might have happened all around the world. In example, separate study conducted years later in Argentina found similar behavior of bees. Those Argentinian bees are using plastic for the same purpose too.

“The plastic included thin, blue strips the consistency of disposable shopping bags, and white pieces that were a bit thicker,” as stated by Mariana Allasino of the National Agricultural Technology Institute in Argentina who conducted the study.

However, the studied nest was said to be not healthy and functional. “In this nest, one brood cell had dead larva in it, one was empty and may have contained an unidentified adult that emerged, and one cell was unfinished.”

We can see here that the Argentinian nest is almost similar pattern as former study, but with more variety in plastic materials. But the huge difference between the nest found in Canada and Argentina is that in Argentina, they use much more plastic materials.

While the Canadian bees used plastic for constructing only about 23% of its nest, the Argentinian bees constructed the nest only using plastic. It might be one of the reasons why the nest was ‘not heathy’ when it was found. 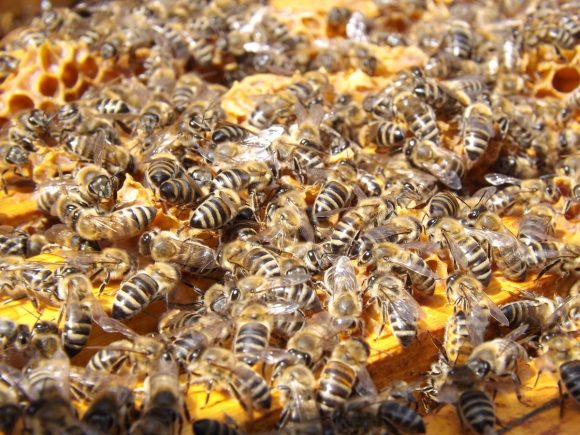 Those cases mentioned above were not the only cases where such kind of phenomena would appear. Another study conducted on native American bee species of Megachile campanulae showed almost similar sign.

But there is a slight difference in this very case, because instead of using plastic, this native American bee species is using polyurethane sealants. Researchers found two out of seven brood cells of bees were proven doing this kind of thing.

Even though in this case the bees are using non-natural materials too, but researchers predicted that it is just an incidental thing. The sealant material found in the beehives can usually be found in exteriors of buildings, in which the bees might consider as ‘usual resin option’.

“It is interesting to note that in both bee species, the type of plastic used structurally reflects the native nesting material. Suggesting that nesting material structure is more important than chemical or other innate traits of the material,” as stated in the study.

Anyway, using non-natural materials for constructing beehives have both advantages and disadvantages. One of the advantages is that bees living in ‘plastic beehives’ are less likely to be attacked by parasitic wasps.

But the disadvantages are also plenty, such as plastic cannot let moisture escape which is encouraging the growth of dangerous mold. Another example of disadvantage is that plastic don’t stick together as good as leaves, in which the beehives can be destroyed easier. So, are we going to keep denying the bad effects of plastic to the nature?