You are here: Home / The Species / Raccoon Dogs, And Their Extraordinary Presence

This animal is an important part of nature, and highly appreciated animal in many cultures. Raccoon dogs, a kind of animal native to East Asia, is loved by many yet hated by some. The love came from good comprehension about them, while the hate came from misunderstandings about them.

Their lifestyle is often misunderstood, and their appearance also gets them misunderstood too. Well, among any other animals native to East Asia, raccoon dogs are maybe the most misunderstood animals ever. Even their dead body is also misunderstood!

Misunderstanding is like a big part of their lives, and it is not okay. Those misunderstandings might result in their species extinction, ecosystem destruction, even diseases that can kill us.

As mentioned above, to love this animal you need a good comprehension about them. If not, then you might just hate them for some unclear reasons. That’s why, we think we need to tell you some misunderstandings about raccoon dogs.

First misunderstanding about this animal is their family line. Even though they appear just like a raccoon, thus the name, actually they are not related to any raccoon we usually see. Also called as Nyctereutes procyonoides, this animal is neither a raccoon nor a dog.

However, this animal still belongs to canid family, which means that it is more related to dogs than raccoons. Their closest relative in animal kingdom, actually, is wild fox. That’s why, it is actually a kind of ‘dog’ that appears like raccoon, not the other way around.

“A raccoon dog is not a raccoon. It’s not really a dog either, although it is classified as part of the same canid family. The closest comparison is with foxes and badgers; nocturnal mammals who like woods and undergrowth,” said Stephanie Jayson, RSPCA senior exotics and wildlife trade officer.

It makes the animal possess fairly unique habits, compared to other canids species. Let alone to other species of raccoons. In example, raccoon dogs are the only species of canid known to hibernate during winter between November and April.

However, even though they are ‘dog’, they don’t bark and wag their tails like ordinary dogs do. Instead, they give off high-pitched whine or whimper. They can also growl to show unfriendliness to others. But similar to other canids, they still have that fantastic smelling ability.

There are about 5 species of raccoon dogs in this world, and the most famous species is Japanese Raccoon Dog, or usually called as Tanuki. This very species plays an important role in Japanese folklore since ancient time.

Tanuki in Japanese folklore is known as a mischievous creature with a unique ability to shapeshift and disguise. However, with such powerful description in behavior and ability, they are also depicted as gullible and absentminded.

Up until nowadays you will still be able to notice the importance of this animal’s presence in Japanese folklore as you can find many statues of them in temples and other specific places. In this case, people in japan usually also associate this animal with wealth and whimsicalities.

Can you see how this animal is described with so many strong adjectives? It might come from its ‘greediness’ since it is an omnivore, unlike most member in Canidae family. It eats whatever it wants to eat, according to its instinct and would go far for its desire.

Not A Good Pet 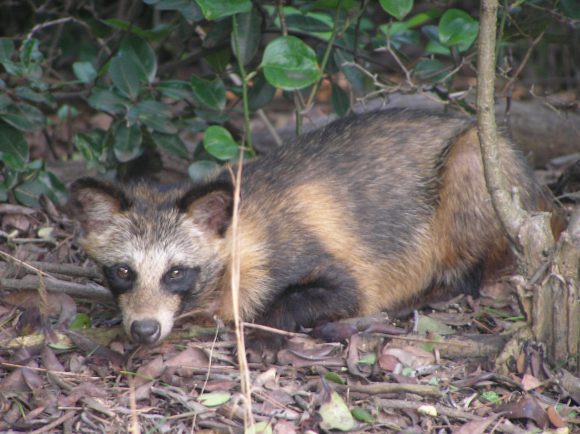 One of the reasons is because they are said to host parasites such as hookworm, flatworm, even fatal fox tapeworm. Not only that, six pieces of fleas are said to be carried by the animal including Chaetopsylla trichosa, C. globiceps, Paraceras melis, Ctenocephalides felis, C. canis and Pulex irritans.

Sometimes they are also said to potentially bring other fatal diseases such as rabies, anthrax, parathyphoid, and tuberculosis. Some of them found formerly Soviet states were proven to bring those kind of diseases.

But it doesn’t mean that every raccoon dog is dangerous to human. What we are telling you about is that this animal is made to be wild, and better let be in the wild. Actually there is another reason why this animal is better not be captured as pet.

“These are wild animals. They need large home ranges. We have seen people keep them in houses, with dogs and in small cages, which is not suitable. In these cases they often become aggressive and unmanageable,” said Jayson.

Consequently, since this animal is naturally a wild animal, most pet owners will get tired of them in no time. The pet owners that captured this animal will most likely release it back to the nature. But this is an invasive species, and cannot be released at random. If they are released at wrong place, they will invade their new environment and eradicate native species in no time.

Not The Garment You Want 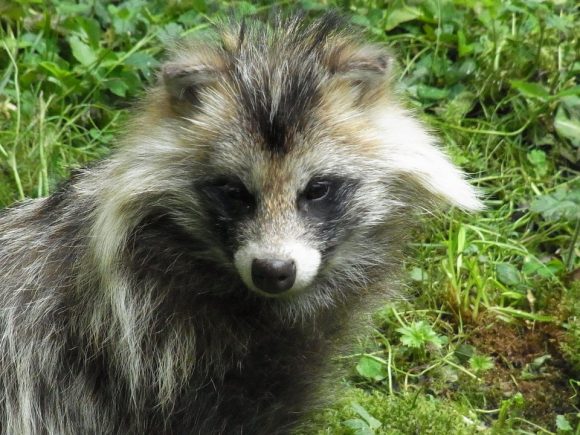 Raccoon dog is an invasive species, and in many places their invasion results in overpopulation, in addition to ecosystem destruction. To fight that overpopulation, some people hunted them down and take their pelts.

But that’s not the only way those people get this animal’s fur, since some people are breeding them for the fur. In 2004 and part of 2005, an investigation revealed that about 1.5 million raccoon dogs were raised to be killed for their fur only.

Their fur is sold for clothing, called murmansky, Finn raccoon in Norther Europe, or Asiatic raccoon in United States. And there are some reasons why their fur is wanted by many fur-trader. Some people use raccoon dogs’ fur for faux for.

Data showed that 70 percent of faux fur garments analyzed by Humane Society of the United States contained this animal’s fur. It means that most likely those faux furs you hang inside your closet are raccoon dogs’ furs.

Let us remind you what kind of parasites and diseases that this animal can transfer to you. Do you still want to put those faux furs on?

Top 5 Natural Hidden Gems in Japan That You Must Visit