You are here: Home / Hello Earth / The Importance of Blue Carbon Sequestration to Fight Global Warming

If you look at your chimney, or the inside of exhaust pipe, you might find the existence of black soot. This is actually piling up carbon residue from imperfect burn, and based on the color you might think that there is only black carbon. However, you should know that there is also blue carbon.

Well, blue carbon is not literally blue in color, actually. It is just a term we use to describe carbon sequestered by oceanic and coastal ecosystems. It is just called ‘blue’ because it involves the ocean which usually appears as blue.

So, why is knowledge about blue carbon is important? Apparently pushing on blue carbon is told to be the most effective push we can do to save our planet from further destruction involving global warming and climate change.

For further information about the importance of our blue carbon to us, let’s talk about it deeper. 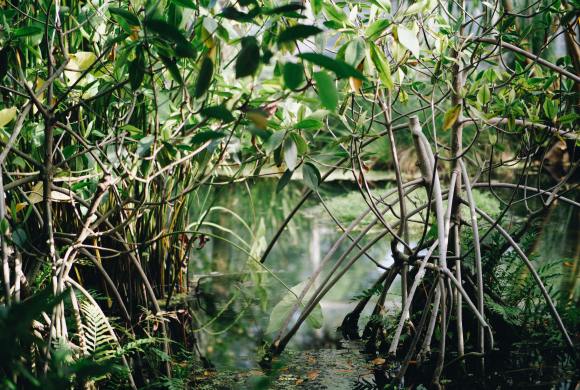 Well, we are apparently going deep just from the beginning, because we will talk about blue carbon deeper here. As mentioned above, blue carbon is how we call carbon sequestered by oceanic and coastal ecosystem, but why do they even bother to store the carbon?

Don’t you know that more blue carbon is sequestered per unit area than the green carbon? Yes, vegetation in coastal and marine ecosystem store more carbon captured from the atmosphere compared to the vegetation in forest or other greeneries.

In fact, around 83% of global carbon cycle is circulated through the ocean. That’s why, blue carbon sequestration is very important to our planet especially in our fight against climate change. The irony here is, because blue carbon is not as well-known as the green carbon, we tend to not give a lot of attention to it.

How Blue Carbon Is Stored 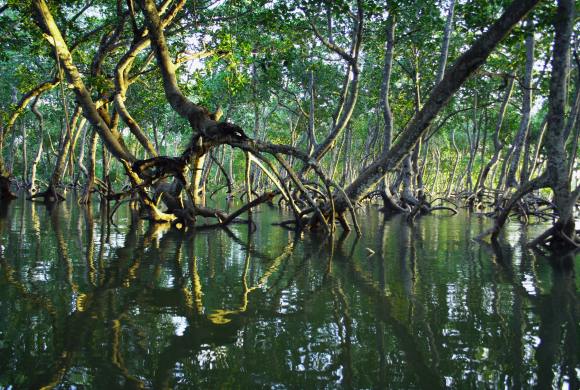 Talking further about blue carbon, let’s learn about how the carbon is stored directly from the atmosphere. One of the most important parts here is the presence of vegetation, or to be more specific coastal and marine vegetation.

Just like any other plant on the land, they also generate their own energy by doing photosynthesis. The photosynthesis process here absorbs carbon and release oxygen, and in this process carbon circulation happens in the marine ecosystem.

More than two-third of carbon on this planet has been circulate on the ocean. And apparently marine photosynthesis is the biggest contributor to our planet’s oxygen supply. In addition to that, even though coastal ecosystem only takes up around 2% of the total ocean ecosystem, but it contributes to around half of carbon sequestered in ocean sediments.

But the process doesn’t stop here. After the plants die, the organic materials rains down to the ocean floor and get stored inside the soil for up to millennia. This process is said to be able to store carbon three to five times faster and more effective to land-based forests.

Why Blue Carbon Is Important 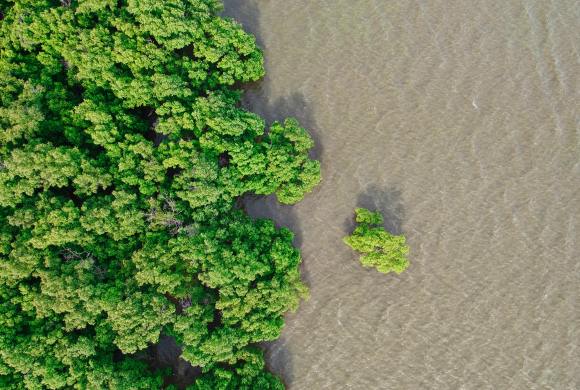 Continuing from the last sentence above, the amount of carbon sequestered is equivalent of 1 billion barrels of oil. Thus, if you understand the numbers above, you should have understood why blue carbon sequestering is important to our planet.

But the importance of blue carbon sequestration can appear shining and glowing even more when we look at places with huge blue carbon potentials. Indonesia is one of the examples, and a data showed that the country alone serves as roughly 17% of the world’s blue carbon reservoir.

All of that thanks to Indonesia’s sea grasses and mangrove vegetation spread all along the country’s millions of kilometers coastal areas and marine ecosystem. However, just like Uncle Ben said to Peter: with great power comes great responsibility.

Roughly around 29,040 Gigagrams of carbon dioxide is returned to ocean annually because of continued destruction of coastal and marine ecosystem in the country. That amount of carbon is equivalent to 3.2% of the country’s yearly carbon emission from activities related to peat land and forest conversion.

Having such great contribution to save the planet is indeed a pride to the whole nation. However, without extensive concern in restoration and protection, everything would go the other way around and instead contributes to even more destruction. 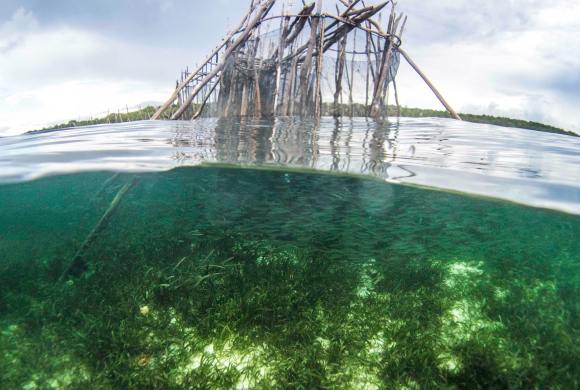 And talking about mangrove forest, we need to check back into Indonesia which has more than 22% of this planet’s mangrove. Even though the country is trying its best to conserve the mangrove forest, but in some parts of the country they cannot keep up with the development of infrastructures such as resort and hotels.

So, what is the best way to fight for the blue carbon fighters? Helping future generation to understand more about parts of the nature is the best and most effective method. Helping kids to learn about the nature is our best bet on the table.

We can make this real by both education and direct action. We can educate about the importance of this near coast ecosystem to our daily lives to the kids and let the next generation takes part in saving the mangrove forest.

But if you think that kind of thing takes too long, you can just directly start a direct act by planting mangrove trees. Nowadays, there are many foundations who want to protect the mangrove ecosystem around the world that you can find on the internet.

Blue carbon sequestration might not be as famous as the green carbon sequestration, but apparently it is not less important for this planet. That’s why, it is time for us all to begin protecting not only the green trees growing in the forest, but also the ones that prefer a little bit on the ‘edgy’ side.