When you are going to a beach, what is your preference? The one with stunning view, the one with the most natural look, or the cleanest one? Most of you might choose the first two answers, but in fact both of them are highly affected by the last one.

Clean beach will radiate more natural feel, which then results in a stunning view. That’s why newly discovered secret beaches are the ones that most people are longing for. United Kingdom, being surrounded by the ocean, realized it and hold annual beach clean event.

In this article, we are trying to talk about the 25th beach cleaning event in United Kingdom and why is it worth mentioning. 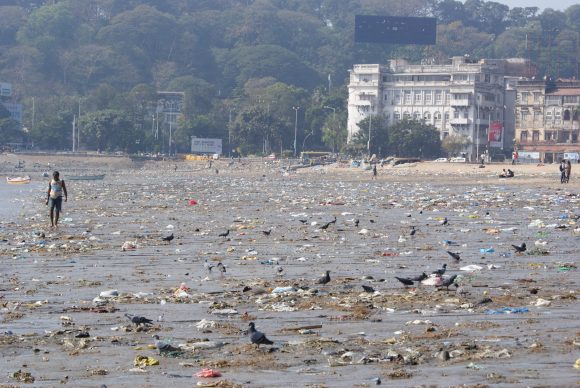 Who don’t love to spend some time on the beach? Indeed beach is one of the most favorite tourism spot all around the world. Especially in summer, billions of people are going to the beach every year to spend their holiday.

Many cities and countries are earning economical benefits just because they have beautiful beaches around, like Bali island. But being one of the most favorite tourism spots, it gives a big impact to the beaches’ natural ecosystem.

One of the worst habits owned by human being is throwing trash away recklessly. And this is what happens in our beaches, people are littering it. That’s why, trash picking is important to keep our beaches clean, which will help to keep the natural ecosystem.

However, irresponsible visitors are not the only ones to be blamed for beach littering. Since beach is like the returning point of trashes being thrown away to the river and even to the ocean itself. Thus, trashes littering the beach can come from many other places as well.

One thing to notice is how wind tends to blow from the ocean to the shore during the day. This is the reason why after a storm, many beaches are full of trash. Things (trash) going to any connected water bodies are being brought back to the shore by the waves.

Beach cleaning is important, more than most of you think, because it affects so many things. One of the examples is by keeping the beach clean we can reduce environmental impacts caused by non-organic trash.

Dirty beaches also attract less visitors and become less beneficial in economical side. In this case, it will further affect how local government allocate fund to maintain the beach. This is why beach cleaning is important even for modern society.

“This project is more than a clean-up, its about getting information. So basically what we do is we count all of the rubbish on a 100m stretch of beach and that helps us tell where the rubbish is coming from,” said Calum Duncan, Head of Conservation Scotland for the Marine Conservation Society (MCS). 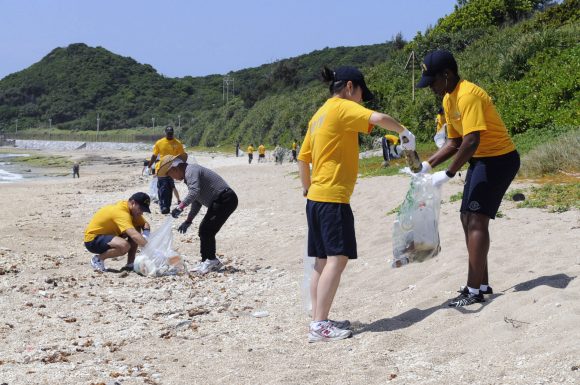 What’s so special about this year’s UK beach cleaning event is that many people project it will break records. One of the records projected to be broken is the number of volunteers participating this year.

In 2017, 6,944 volunteers participated in beach cleaning event at 339 locations all over the UK. It was the largest number of volunteer recorded since the event first held. But this year, at least 7,391 people have pre-registered to participate, surpassing the previous record.

Those 7,391 volunteers are willing to pick trash at 432 locations all over United Kingdom. While last year’s volunteers picked 718 pieces of trash from every 100 meters cleaned, with more volunteers and more spots to be cleaned this year there will be more trash collected.

All of those trashes will be collected and analyzed. MCS survey team will record the data about what kind of trashes are collected in which location. It is done to further understand how to prevent beach littering in the future by taking down the source first before it happens.

It doesn’t stop there, as this year for the first time all trash collected will be recycled. Plastics and cigarette buds in example, will be recycled into shampoo bottles and advertising boards. The recycling company Terracycle will be the one responsible for this job.

Beach cleaning is a nice act we do to protect the environment, but continually cleaning the beach will not stop people from littering. This is why knowing the real problem is the most important thing to do.

As we explained before, the trashes scattered all around the beach came from one source: human. There are two ways how those trashes, especially plastics, can end up on beaches. We do it both directly and indirectly.

Directly, visitors who are not concerned enough about environment will throw away their trashes on beach sand. This is the first source of trashes on the beach, which usually come in the form of plastic bags and plastic bottles.

Indirectly, our trashes which is thrown away into rivers will end up in the ocean. The trashes in the ocean can be brought back into the land by currents and waves. And this is the biggest contributor of beach littering.

So, to completely tackle beach littering, we should first stop everybody from throwing away trashes into water bodies. “This annual event is a great way to highlight the fact that clearing up our seas is a global issue and ensuring that plastic doesn’t pollute our beaches or harm our marine wildlife,” said Moray MSP Richard Lochhead.