You are here: Home / The Species / Camels, And Unique Facts About Them

Talking about desert, there must be one animal that comes to your minds: camel. Yes, camels are closely associated to desert, as this is where they are pictured to live. Most of us only recognize camels from their humped backs also.

With those two facts above, you might think that camels are just another boring animals. But don’t you know that camels have many more things in their lives that you haven’t know? Camels are actually rather unique animals, compared to other kinds of animals.

Don’t you know that camels are closely related to alpacas and llamas than you think? Do you know how much water they can drink in just one sitting? Well, as we told you before, camels have many more secrets than you thought.

Here, in this article, we will uncover the secret life of camels. Follow through to know better about this animal.

The Family Of Two 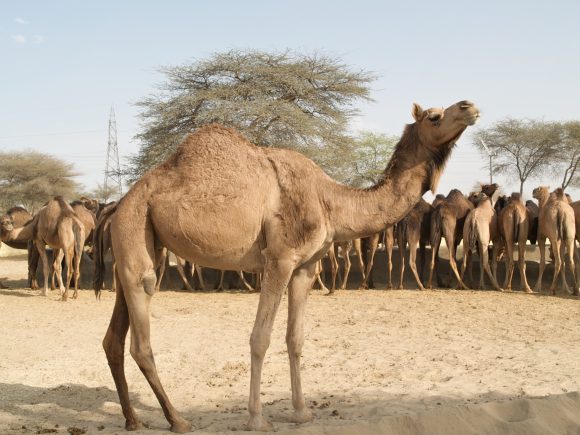 Camels are not the only member of the family, and even the family itself is actually bigger than you think. Commonly, there are two species of camels currently exists on earth, which are Dromedary camel and Bactrian camel.

Dromedary camels are the ones living in Africa, Arabia, and Middle east. This is the species often depicted in the movies and books, with its infamous big hump on the back. This one is the tallest of all existing camel species.

Aside from their appearance, dromedary camels are also known for their remarkable body immunity. They are known to suffer from fewer disease than other livestock, such as goats and cattle. This is the reason why people prefer this animal to be domesticated.

While the Bactrian camels are the ones living in the other side of Asia. They can be found in Mongolia and China, exactly near the desert of Gobi. Bactrian camels were important part of Asian economy back then, since they were the method of transportation for silk road.

Bactrians are smaller than Dromedary, but they have a unique feature that makes them easily distinguishable from its counterpart. Bactrians camels have two, instead of one, hump on their back. Thus, if you see a camel with two humps instead of one, that’s definitely Bactrian camel from areas around Gobi Desert. 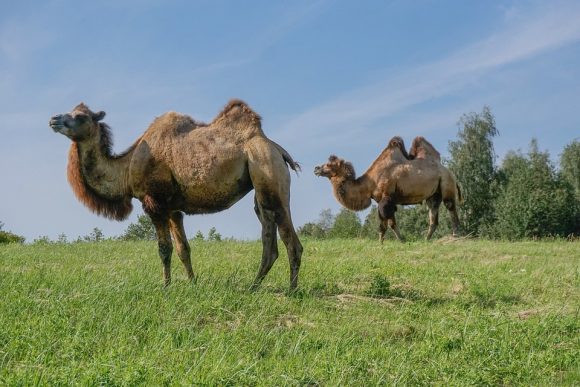 Almost all camels you see on TV are domesticated camel. However, wild camels still exist around the desert of Gobi. All of those wild camels are Bactrian camels, and has only been discovered in the late 19th century.

At first, researchers thought that they were just runaway cattle, but after some researches it was discovered that wild camel population exist. Researchers even established the wild camels as distinct species to domesticated Bactrian camels, giving them the name of Camelus ferus.

Wild camels are the rarest among all of the camel species, with only less than 1000 individuals left. With such kind of number, it is enough for them to be classified into critically endangered species. They usually move in a group and fully migratory.

On the other hand, Bactrian camel population is around 2 million in numbers, and there are around 15 million Dromedary camels on earth. From the data, we can see that domesticated camels are more prominent in number compared to the wild ones.

Hunting is not the main reason for their population depletion. Instead, it is caused by increasing human population.  They need to compete with the most intelligence creatutre on earth for resources, and they lost it.

From that brief history of the camel ‘main’ family, we know that most of them are domesticated. But in the wild, the dessert can get extremely cold during the night. Thus, they have the ability to form protective coat to protect themselves from cold temperature also. They usually form it during winter and shed it during hot summer.

They have also developed split upper lip so they can eat low-lying grass effectively. This feature boosts their ability to eat much more food to for their metabolism to survive the extreme temperature in the dessert.

In addition, they can also drink water to hydrate themselves faster than any other mammals. In just 10 minutes, they can drink approximately 30 gallons of water! And do you know how much water that they can drink in one stopping? About 50 gallons!

That excessive amount of water is not stored in their humps, like what we always thought, but in their bellies. Their humps are actually reservoirs of fatty tissue. The humps are actually concentration of body fat, in which with this feature they can minimize insulating effect that fat has, but still have the feature. 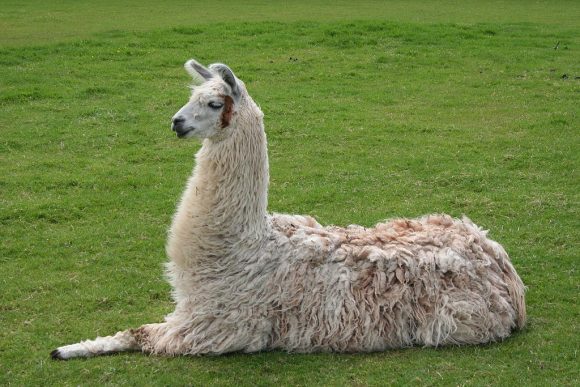 That’s not interesting enough too? Then this might be the one. Camels are not the only member of family. Camels also have other members of the family, somehow like far cousins, that live far away from their homeland: llamas and alpacas.

Even though both of them are living far away from the ‘mainland’, but genetically they are related to the native camels. They are all called camelids, and appeared on earth around 45 million years ago during middle Eocene era.

But why do camelids exist in America Continent too? How did they swim that far from the mainland in Asia? Wrong, the fact is that the original land where first camels appeared was in North America, and somehow they managed to travel that far to Asia.

It can be seen from dymaxion map that north America is actually located in the middle of the map, and the areas where camels live nowadays are at both of the edges. This is unusual, since it means that they chose to travel all around the places to get to both edges instead of staying in their original homeland.

So, how about all those facts mentioned above? Talking about camel is interesting, right?

This Cocoon Can Help Us Plant Trees Even In The Desert

Llamas, the Animal that Might Help Humanity Fight Coronavirus

Four Different Types Of Deserts You Might Not Know