You are here: Home / Eureka Green / Can Great Bubble Barrier Save Our Ocean Ecosystem?

Yes, not only they are fun to watch, bubbles are able to do something significant to the nature too. In this case, we are talking about the Great Bubble Barrier of Amsterdam which works as waste filter in the city’s waterways.

Well, isn’t it going to be fun talking about bubbles, let alone the ones that can save our environment and marine ecosystem? That’s why in this article we are going to tell you how did the project begin, and what more of it that it can offer us.

We Already Know That.. 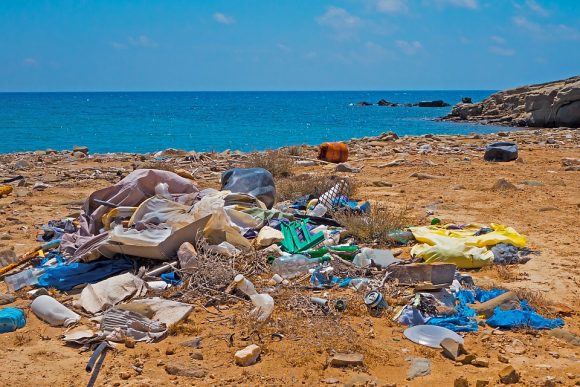 We already know that the ocean is one very important part of the nature. Moreover, it also plays significant role to our survivability on this planet. Without the ocean, our planet would just be another Mars in this solar system.

However, our ocean is under dire threat from ecosystem disrupting activities we do such as overfishing and littering. Lesser we knew that experts have calculated that our oceans will be our main source of food by 2050. Yet, we are still not on the right track.

“In a business-as-usual scenario, the ocean is expected to contain one tonne of plastic for every three tonnes of fish by 2025, and by 2050, more plastics than fish,” as stated in a report. “At least 8m tonnes of plastics leak into the ocean – which is equivalent to dumping the contents of one garbage truck into the ocean every minute.”

And whether you realize it or not, most of plastic pollution in the ocean came from the land. The waste was brought to the water body through streams all over the world. Tackling this ‘distribution’ process is the thing that Great Bubble Barrier wanted to tackle.

Of course, reducing our plastic consumption is the best way to tackle our plastic pollution problem. However, we still have to take responsibilities for the waste we already produced nowadays that stays on our planet and might go into the ocean sometime later.

Great Bubble Barrier is the solution offered by Dutch start-up company to tackle our oceans’ plastic waste problem from the ‘roots’. Using perforated tube that carries compressed air, placed at the bottom of the stream, the are released slowly will form a wall or barrier just like it is named after.

This is a simple device that has the ability to control and channel the flow of plastic waste in streams and rivers, and send them away from the ocean. “More than two-thirds of plastics in the ocean comes out of rivers and canals, so if you have to intercept it, why not do it in the rivers?” Philip Ehrhorn, co-inventor of the technology explained.

Plastic waste is usually pretty light, and with even smallest force from below it will float. This is how the barrier works: by flowing compressed air from below the waste will float above, and with the push from water current, it will move forward.

With diagonal application of Great Bubble Barrier tube, the result would be diagonal wall of bubble. Hence, with the force from bubbles and stream, there is only one way to go which is the narrow corner between the wall and the bubble barrier. There, plastic collection basket is placed to trap all the waste cornered.

Great Bubble Barrier’s work seems so simple, yet data proved that it is super effective. Tests showed that such bubble barrier could trap more than 80% of flotsam in streams. Moreover, it also has another positive feature that makes it better than any other kind of water waste barrier.

In addition to its functionality, the reason why the company chose to use bubbles is because it is friendly to surrounding ecosystems. “You can’t put a physical barrier in a canal: it has to be open for wildlife and recreation,” Ehrhorn said.

Using only bubbles, the barrier will automatically work selectively by only preventing plastic and other lightweight flotsams pass into oceans. For fish and other marine animals, underwater bubbles are not quite a problem because it exists anywhere.

Fish and other underwater creatures meaning to pass the barrier can just do it as they like. They don’t need to worry about being stuck or trapped because the pressure of air emitted from planted tubes is not too high for them to pass through.

And the good story just doesn’t stop here. The company even claimed that Great Bubble Barrier can even prevent harmful algae blooming by increasing oxygen levels in water. Algae are known to grow too well in poorly oxygenated water, hence increased oxygen levels from the bubbles is possible answer to this problem.

'Oui oui, un idée de génie, bravo'. It does not happen everyday that we get complimented by a French speaking guinea pig for The Great Bubble Barrier. ➡️ A piece of the funny Bubble (Bulle) feature from #TeleQuebec #CochonDingue #smartsolutions #thegreatbubblebarrier #catchingplastic #reduceplasticwaste

The application of Great Bubble Barrier on the side of the Westerdokskade in Amsterdam, was actually meant to be a test to find out the capability of the device. But since the test was so successful, that it became a success story by itself.

“The small plastic pieces that people throw in the toilet all collected in one corner and that was the kind of spark for me. If you can guide plastic to the side, can’t you do it in a more directed way and on purpose in a river,” Ehrhorn said.

With so many supports, including from local government, this device will directly be included in a huge project to make Amsterdam cleaner. Amsterdam-based organization, Plastic Soup Foundation, is one of the members whose job is analyzing collected waste.

“The bubble barrier will mean fewer plastics reach the ocean, and is a step towards better regulation of our ecosystem, to the benefit of man, beast and environment,” said Marieke van Doorninck, head of sustainability for Amsterdam council.