You are here: Home / Hello Earth / Water Is Everywhere, But Can We Run Out Of Clean Water Supply?

Water is everywhere, in our bodies, in the air, in your beverages, and many more. Even more than 70 percent of our earth is covered by water, so we can say that actually the amount of water on our planet is abundant.

But maybe you often hear that there are some places on earth where people cannot get enough water. Even in some areas people are dying from dehydration. It is kind of ironic because although the amount of water on our earth is abundant, some people cannot get it. How can it be possible?

Water is also our basic need, all the living organisms need actually, and lack of water may cause serious problems with our heart. However, not all water is consumable, we need clean and fresh water to refresh our bodies.

The problem is, we cannot manufacture water, we can only get it naturally from the earth. And indeed, earth has been providing every single drop of fresh water to us. But although the amount of water is abundant, but the amount of fresh and clean water is fewer than what we think. 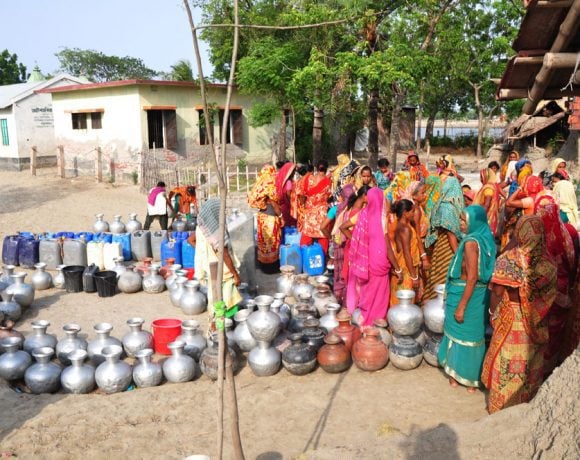 If you still think the amount of water on earth is so plentiful, you need to know that nowadays, United Nations is stating that the earth is in the middle of water crisis. Again, not about the ocean water and water from the air, it is about the supply of clean and safe water.

It means that no mater where you are on earth, you are threatened by clean water shortage. The fact is, millions of people die each year all around the world from diseases they get after drinking dirty water. And in some other places, even there is no water at all.

There are many factors that cause this water crisis, but there is one factor that plays huge role in this crisis. It is the rise of human population that most threatens the supply of clean water on earth. As the number of human on earth keeps rising, the demands of clean water will follow.

Not only for drinking, but also to keep the supply of foods for them. Not only human that needs water but also plants and animals, and for that, the crops and livestock also need water. So, the rise of human population means even higher demands for natural water consumption.

Where Do The Water Go 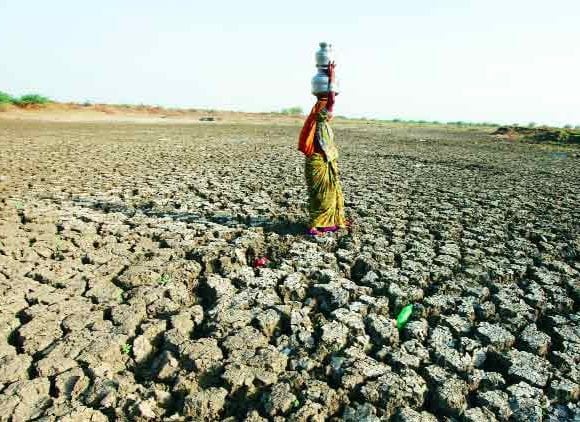 Furthermore, when the water supply is dwindling the first ones that will be threatened are the crops and livestock. This is because we need to keep our water consumption because it is our basic need. And because of that we sacrifice other living organisms that also need water.

And then, after the crops and livestock all have gone extinct, we will not have any source of food, and finally we are going to face the extinction. That’s what threatening us nowadays, although some people on the other side of earth have been in this situation.

70% of human water consumption goes to agriculture activities. But unfortunately, 42% of the consumption is lost because of inefficient irrigation techniques. And when water evaporates, it means that it may goes to the ocean and not coming back to us as fresh water.

Indeed, some water from the ocean may come to us after the rain, but distribution of raincloud all over the world is imbalance. Some areas get rain more often than the others, while some others don’t get any rain at all for years. 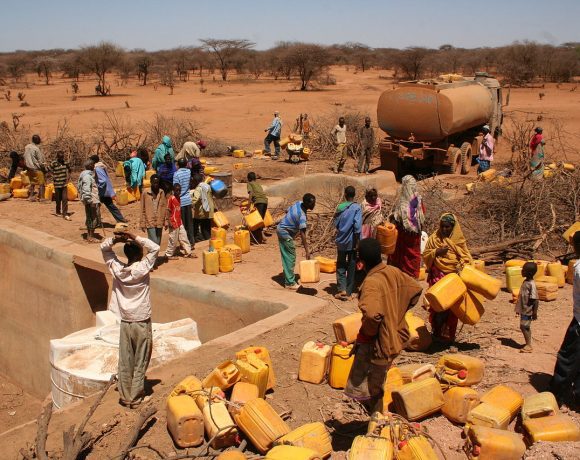 Many efforts have been done to preserve the fresh water supply for us. the most popular one is building a dam. However, it doesn’t mean that building the dam can solve all the problems, this method has drawbacks as well.

Dams have large surface and it means the rate of evaporation is also high, making it less efficient in saving water. In addition, naturally fresh water contains small amount of salt that may pile up in the dams for a long time and eventually dilutes in the water. It may lead to salt poisoning to the crops.

Recently, there is a method that is highly efficient. A method called drip irrigation system can save up to 95% water. However, traditionally it is an expensive method to be applied all around the world, thus maybe some farmers cannot afford it.

Another idea to help the earth preserve water is by rising the cost of water. Hopefully, if water is costlier than today, people will begin to appreciate it more and less likely to use it recklessly. However, it will also mean that the cost of our food will increase as well. 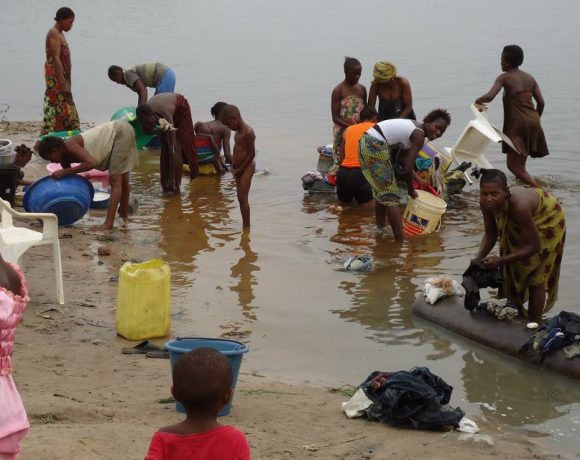 However, when we are facing water shortage, it is not the lack of water that will kill us. We will more likely die from fighting for water. World Bank Vice President Ismail Serageldin had warned us about it in 1995, saying “The wars of the next century will be fought over water”.

Such kind of war had happened back in Mesopotamia around 4 millenniums ago, and more of it before, leading to millions of people to be dead. And signs of it to happen again in the future has appeared nowadays.

The water related conflicts have already happened in Sudan, bloody conflict of Darfur that began in 2003 took over 400,000 people’s lives for water supply. People in Darfur are fighting over an access to the diminishing clean water supply in their area.

It started as a local conflict between two sides, but as time went by the conflict has become regional. This kind of conflict potentially can also spread as world war someday if clean water is rare for the whole world and nations are fighting for the possession of clean water sources.

The earth has the most efficient way to keep its water, every drop of water that’s from earth will get back to earth eventually. The problem is again, the fresh water for our consumption. So, as long as you get enough water to live, be grateful and help the earth to preserve it.