You are here: Home / The Species / Coronavirus And Its Threat To Great White Shark In The Ocean

We are now facing coronavirus outbreak, and it has taken its toll to all of us in many different ways including environmentally. Indeed, we find that many parts of nature seem like it is restoring itself to a better state, but not all parts.

Forest and many other land ecosystems are indeed restoring itself thanks to the absence of humans’ dirty hands. On the other hand, the ocean is most likely the one part that is not going to get the ‘benefits’ of coronavirus outbreak.

In one of our articles, we have mentioned how the ocean can be the part of nature affected the worst by coronavirus. But the effects we mentioned was actually only on the outer surface, while in this article we are going to talk about it deeper.

The true intention of this article is to tell everybody that we cannot be ignorance about the nature even during coronavirus outbreak. Especially, we are going to talk about the effects on one of the biggest predators in the ocean, great white sharks. 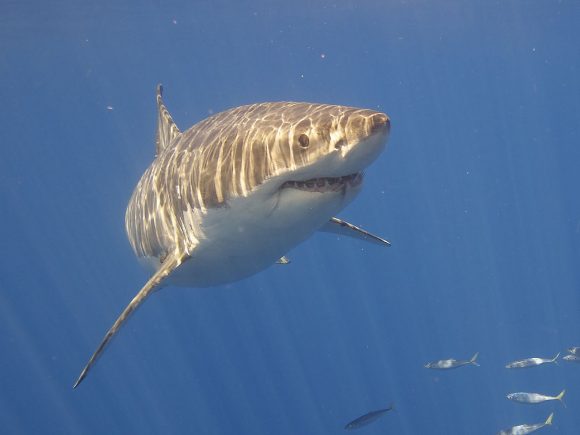 Great white shark is not the monster you thought it was, instead it is an important member of ocean ecosystem. The reason why this shark is thought to be a monster, is an old misconception from its depiction in movies.

In fact, the big fish plays vital and important ecological roles in oceanic ecosystem. Not only as the top predator at the tip of ocean’s food pyramid, which means it controls the population of lesser predators, but the size of this fish means an incredible amount of food supply for the very bottom ones.

Using the language that experts use, great white shark has huge functional richness. “Functional richness is the extent of ecological roles in a community—the many different ways species ‘make a living’ and in turn affect ecosystems,” said Catalina Pimiento and John Griffin, researchers from University of Swansea, to Newsweek.

Climate change and fisheries are the most affecting ones, said Pimiento. However, there are many other things we do that affect ocean ecosystems, including polluting the great water with more non-biodegradable waste. 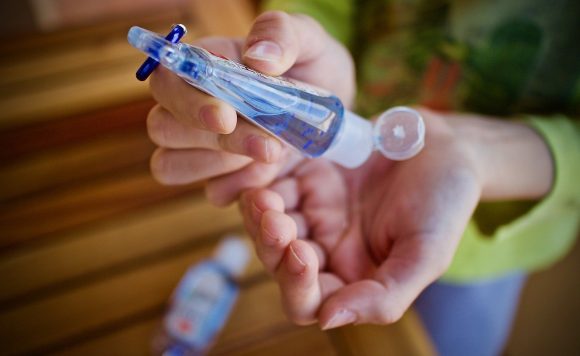 French non-profit organization Opération Mer Propre mentioned stuffs which are trending during this coronavirus outbreak. Items such as disposable masks, latex gloves, and bottles of hand sanitizers were found during a diving activity they conducted.

One single item mentioned above can directly kill one great white shark, so can it indirectly. When the item is eaten by smaller predator, it would stay in its digestion system. Later when it is eaten by a great white, the item would be transferred to the shark’s body.

Consumption of non-biodegradable materials is never a good thing for any animal. It can clog the animal’s digestion system or even poison the animal from the inside. We are talking about only one item here, but environmentalists suggested that there would be tons of such coronavirus-prevention items to be thrown away into the ocean.

As long as coronavirus has still not been eliminated, most of us would still rely on protection given by disposable masks and latex gloves. And this is not an individual choice, but rather global decision. “It’s the promise of pollution to come if nothing is done,” Joffrey Peltier of Opération Mer Propre told The Guardian.

Great White Shark Versus The World 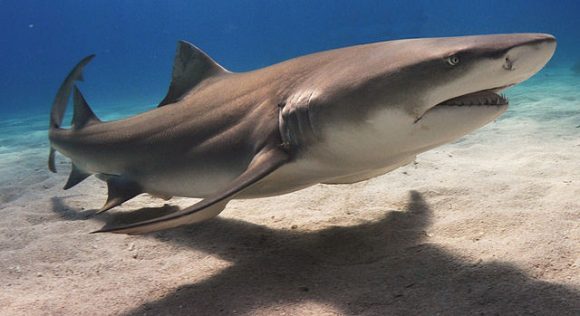 As mentioned above, even before coronavirus outbreak, great white shark has already been put under a threat by fishing and climate change. By adding the newest threat, it is just like the species is fighting for its survival against the whole world.

Pimiento is one of the experts currently on a mission to bring this topic up to the surface. “The extinction crisis challenges scientists to better measure biodiversity: how will the total variety of life on Earth be affected as human activities lead to the losses of more-and-more species?” the researcher said.

Pimiento and Griffin found out in their join research that about 18 percent of ocean large animals could go extinct by 2100. Furthermore, it means that the world would lose great number of top predators, the one who control the population of lesser predators.

It would further affect global ecosystem by about 11 percent, meaning the effects would also reach land ecosystem. Moreover, when the calculation includes the extinction of all threatened large marine species, global functional richness would decrease up to 48 percent.

The research explains how important the marine ecosystem is, even to creatures roaming on land. Great white shark is far more important to the world than we thought, and our mistakes during this coronavirus pandemic might decide their future. 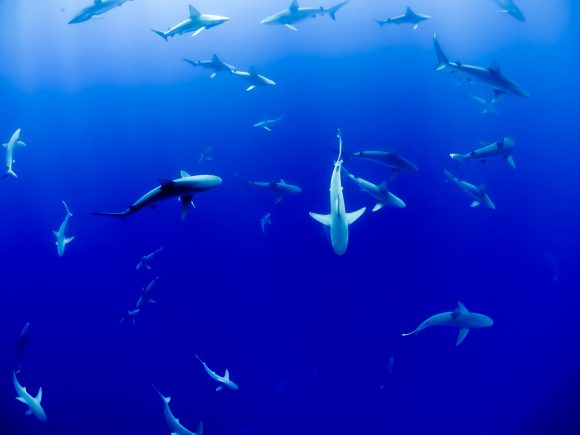 Pimiento and Griffin found that great white sharks are already in danger nowadays because of their low reproductive rate and their huge body compared to other fish. And with outside threats as mentioned above, the possibility for this species to exists after 2100 is so small.

“We already knew that sharks are one of the most threatened groups in the ocean. They are also very vulnerable due to their large size and low reproductive rate. Our results show that future extinctions would be selective against the most functionally unique and specialized shark species, resulting in greater projected losses,” as they mention in their study.

The researchers conducted about 1000 simulations and almost all of them resulted in the disappearance of great white shark. They also tried to include whale shark in the simulation and found almost no difference in the result.

“The whale shark is a giant filter feeder which is also highly mobile. It therefore consumes large amounts of plankton and transports nutrients long distances. The great white is a large migratory apex predator that regulate their prey populations,” they said.

Changes need to be done starting from now, if only we want to protect those species. 2100 is not so far ahead, it is only 80 years from now. “Without urgent mitigation of threats these species are likely to go extinct, Pimento and Griffin said.