You are here: Home / Hello Earth / What’s The Reason Behind Rediscovery Of Extinct Species?

This nature might be in a hard time nowadays, but the condition doesn’t prevent the nature to keep giving us good news. An example is that many species thought extinct to make a comeback in many parts of the world.

Yes, just as surprising as the comeback of coelacanths, which were thought to be extinct for millions of years, recently many species are found alive out of our predictions. The rediscovery of those species might mean nothing but a trivia for some, but actually it means a huge deal for our nature.

Those species are only a few of many species lucky enough to make a comeback. The question is, among others, why only those ‘chosen’ species are able to make an incredible comeback from extinction? Here in this article, we will talk about the rediscovery of extinct species.

And more importantly, the reason behind how could they hide themselves for decades, centuries, even millenniums. 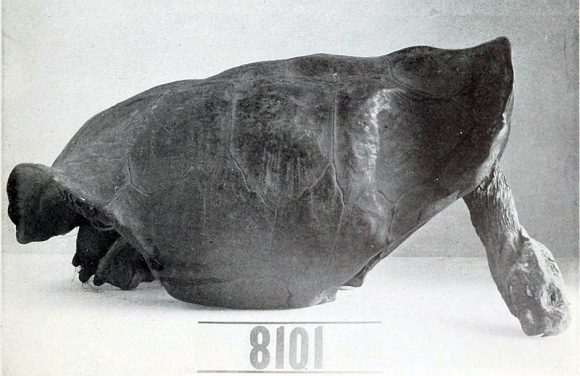 Thought to have gone extinct for more than 100 years ago, a species of tortoise inhabiting Galapagos islands was found by local authorities. The last time a living Chelonoidis phantasticus found in the wild before its rediscovery was in 1906.

The tortoise’s last encounter with human being wasn’t so nice, as members of 1906 California Academy of Sciences killed that last specimen for scientific reasons. Luckily, the killed tortoise (who was a male) was not the last of the species.

Following an expedition by the Giant Tortoise Restoration Initiative, traces of putative tortoise droppings and bite marks were found in the area. The team traced the clues and found that there is one single female tortoise which still exists in Fernandina Island. It shows how the tortoise chose to migrate from the main island to nearby place for the sake of survival.

“This encourages us to strengthen our search plans to find other turtles, which will allow us to start a breeding program in captivity to recover this species,” said Danny Rueda, director of the Galapagos National Park.

Researchers thought that human was not the only threat that the species had to deal with for its survival. Frequent volcanic eruptions on the island was another problem that it had to face. We are lucky enough that apparently Chelonoidis Phantasticus is a long-lived species with superb survivability rate.

How big is the biggest species of insect you have ever seen? Lord Howe stick insect is clearly bigger than that, because its size is comparable to adult human hand. Scientifically called as Dryococelus australis, this species is native to Lord Howe island in Pacific Ocean.

Researchers believed that it has gone extinct in 1920 when rats were to blame for its total wipeout. Rats were bought by ships that visited the island, and just like introduction of non-native species stories, it wiped out almost every single species of Lord Howe stick insect.

Considered as extinct, researchers were surprised by a recently-dead specimen in 1960. They were so puzzled about the specimen that they didn’t think that there are other giant stick insects still currently living at that time.

However, the living specimen was actually not from the Lord Howe island. In 2001, researchers were surprised to find out that this giant stick insect is still alive in Ball’s Pyramid, perfectly isolated area around 20 kilometers from the island.

Thanks to the discovery of 24 living ones in Ball’s Pyramid, nowadays conservationists have succeeded in breeding over 9000 individuals in captivity. The plan is to return this wonderful insect into Lord Howe island once the rats are totally eradicated from the island.

Extinct Forest of Mosquita in Honduras 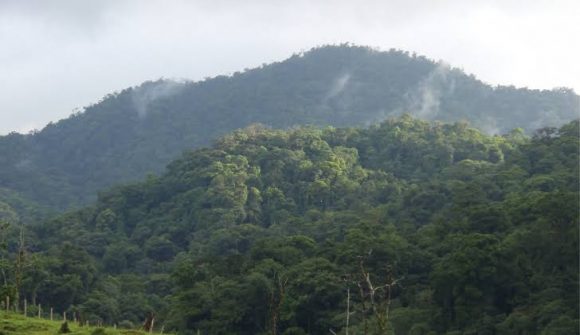 Another perfect isolation tale comes from Mosquita rainforest in Honduras. Bordered with almost-impossible-to-climb walls, a specific area in the rainforest is known as “Lost City of the Monkey God” or “La Ciudad Blanca”.

The presence of the specific area has been an urban legend among scientists since 1920s when Charles Lindbergh told he saw it from the sky while he was flying. However, attempts made by scientists to track the truth down always met a dead-end.

It was until 2015 when a team of scientists, led by Conservation International’s Rapid Assessment Program finally reached a place said to be the exact spot. Not one or two, there the scientists found a lot of believed-to-be-extinct creatures.

“There’s no roads, there’s no logistical infrastructure to access, so you have to helicopter in. And when you do that, you end up visiting places where wildlife tends to be much more abundant,” Trond Larsen, director of Conservation International’s Rapid Assessment Program said to CNN.

So far, they recorded 246 species of butterflies and moths, 30 bats, 57 amphibians and reptiles, alongside many plants, fishes, mammals and insects. 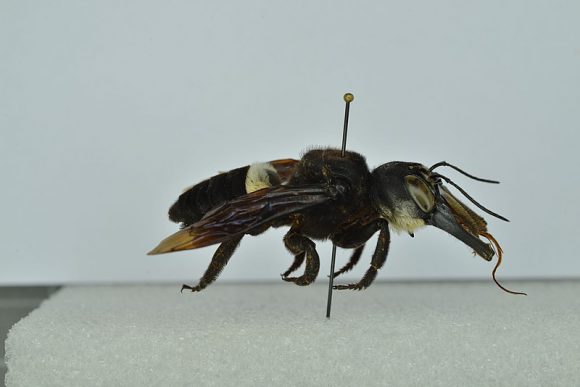 Unlike other discoveries made above, this one is unique. Instead of being rediscovered in secluded or isolated areas, Wallace’s giant bee (Megachile pluto) was rediscovered in pretty much more accessible parts of Indonesian rainforests.

Also known as the largest bee species in the world, this giant bee had been considered as extinct for 38 years with the last sighting was at 1980s. ““It was absolutely breathtaking to see this ‘flying bulldog’ of an insect that we weren’t sure existed anymore,” said Clay Bolt, the first photographer to ever take the image of this insect alive.

But how can we find this bee in non-restricted and non-secluded area? Where have they been all this time? The answer might be related to how Indonesian people (or part of Indonesian people) are still strictly stick to their tradition.

Indonesian rainforest is a huge area and many parts of it are considered sacred. No one is allowed to enter without the elder’s permission, and some parts are even totally restricted for human beings. Thus, even though the access is not that difficult, but some parts of the forest has never always been virgin.

From the stories of rediscovery above, you might be able to draw a straight line: some extant species are able to make a comeback when they are given time and place. The rediscovery of those species didn’t only mean another addition to encyclopedias, but also hold a hope for our future.

Conservation, and sometimes total isolation, might be the thing that we really need to restore the nature. And the nature itself has proven that it has its own ‘healing’ ability. The question is, are we still going to bend our nature over its back?