You are here: Home / Hello Earth / The Countdown Has Started: We Have 7 Years Left To Change

Union Square is a historic place located in the heart of hectic Manhattan, New York City. And in the most visible part of union square, a huge digital clock is telling time to thousands of people passing by. The huge 62 feet wide digital clock is called the Metronome.

The clock is actually a part of permanent installation created by artist Kristin Jones and Andrew Ginzel. It can count time down to the fractions of a second. And since time is money people will witness themselves how fast time is moving.

It has been functioning as time teller to people passing Union Square since 1999. However, something strange happened to the Metronome on Saturday, 19 September. Instead of showing current time, the clock acted like a timer counting down.

What did it try to tell us? What’s the countdown all about? Here in this article we will talk about it. 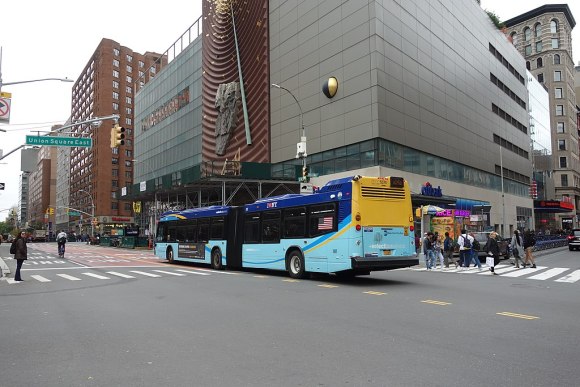 The Metronome digital clock used to show time normally just like digital watch you use in your wrist. However, since 19 September, something changed in its appearance. Instead of showing normal time, it ran backward counting down time.

The clock showed a countdown of 7 years 102 days and smaller time amount following. But what’s the timer actually counting down to? “Earth has a deadline,” the LED screen explained itself what’s it was counting down on.

It might give you anxiety to watch how our fate on this planet is related to a countdown, and in addition to that the countdown shows a relatively small number. We have less than a decade before we finally reach the point of no return.

“Our planet has a deadline. But we can turn it into a lifeline,” Gan Golan, the artist responsible for the show of nightmare together with Andrew Boyd, told Washington Post. Golan try to tell the world “how little remaining time we had left to make progress on climate change, before the catastrophic effects became irreversible.”

The purpose for this installation is to show the world that even though we are running out of time, we still have a chance to turn it around. Of course, we can only do it if the whole population of mankind are hand in hand battling the main cause of climate change: carbon emission. 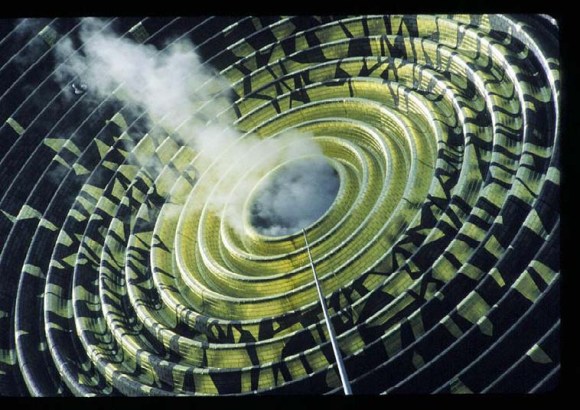 The artists are actually not the one conducting the research to determine Metronome’s countdown. They based it on Carbon Clock updated by Mercator Research Institute on Global Commons and Climate Change (MCC).

MCC themselves determined their timing on the result of a research by Intergovernmental Panel on Climate Change (IPCC). Based on MCC’s calculation, there are only 25 years left for this earth until our carbon dioxide budget is depleted.

But why did the artists counted only 7 years left for us? The reason is, their countdown was not meant to show the time left for us before total disaster happens. Instead, they choose our remaining time left for global warming to reach unsustainable level.

1.5 degrees Celsius above pre-industrial level itself is the point of no return set by IPCC. According to IPCC, once we reach that, it will be so hard to reverse climate change even though we eliminate all the main causes.

Countdown For Next Generation 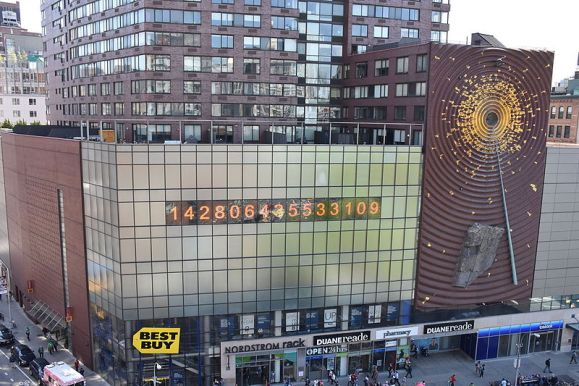 Golan got the inspiration to tell this world about the countdown after the birth of his daughter. He said that the arrival of his daughter changed his view of our planet dramatically. Mainly, this is a silent scream from a father asking for help for his daughter which will inherit the planet.

“What we did in the next few years would determine the world my daughter would live in, that all of us would live in, and I felt that timeline needed to be understood by everyone, everywhere,” Golan explained to Washington Post.

We are the last generation with the ability to turn everything around. The reason is because the next generation, which will reach their maturity in the next decade, might find it too late to do anything about this planet without incredible advancement in technology.

This is not the first time that both artists are designing carbon depletion clock. Last year, before teen climate activist Greta Thunberg addressed United Nations General Assembly, she asked them to build a handheld climate clock.

Greta’s intention of having the handheld version was to shove it to the face of United Nations secretary general. She wanted to show that the issue she cared about is not just a hoax, and our planet is actually in a countdown.

Telling The World About This Countdown

The countdown was meant to be displayed in Union Square until 27 September, 8 days after it was first displayed. However, the artists said that there is huge possibility to make it a permanent fixture for the historical Union Square.

Furthermore, the display at Union Square is also not the first carbon depletion countdown ever installed. Similar artists have actually installed similar display in Berlin last year with the exact same calculation about the fate of this planet.

In addition to that, they also plan to have similar clock installed worldwide, with Paris coming first to the list. Boyd and Golan are working on to set up similar clock in Paris next year, and it will be displayed in the most visible spot in the City of Love.

“Different countries and different communities may have different roles, but we all have to be on the same timeline,” Golan said, calling for something he call as global unity. “This is not a carbon depletion clock. The number is not zero. It’s telling us there is still time, but we can’t waste it.”

You can also build your own carbon depletion clock based on data from MCC if you want to show people around you about the time we have to change. Or you can visit MCC official page and you can copy embed code given at the bottom of the page.