You are here: Home / The Species / Behind Those Superstitions, Crows Are Intelligent Animals

Crows are easily associated with something creepy and superstitions. Many horror movies featured this animal as a sign of a bad thing and that’s why those prejudices came from. That’s why people don’t want to know better about this animal.

And because of that, most people don’t understand the truth behind those “creepiness”. However, researchers who don’t believe much in superstitions studied about this animal and found out that crows are actually a smart animal.

The Brain The Size Of A Thumb 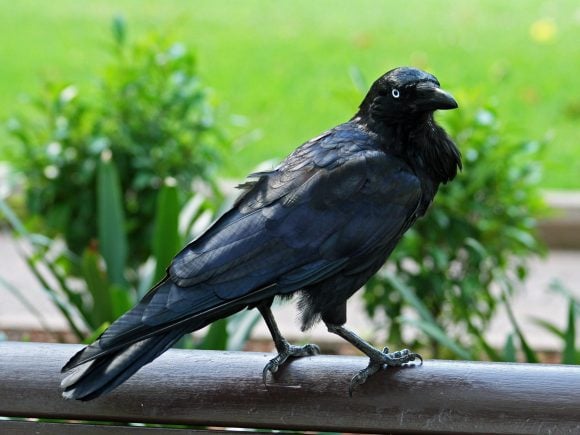 John Marzluff and his team are among researchers who have big interest in learning more about crows. They even conducted an intense study about this animal, and found out that the brain of a crow is actually the size of human thumb.

It means compared to its tiny body size, crows have relatively a huge brain. This brain size allows the animal to own such intelligence on par with primates. It also allows them to solve many complex problems they face to survive.

And the big size of the brain makes them can recognize faces of human. Marzluff and his team did a research by wearing masks on campus and recorded the sound of crows made. And from the data collected, they found out that crows could recognize human faces based on the sounds they made.

A scan Marzluff did through a PET scan even showed that the brain of a crow could recognize people who are friendly to them and those who bring threats to them. So, not only able to differentiate people’s faces, crows can also differentiate who are the good ones and who are the bad ones.

Won’t Forget You For Life 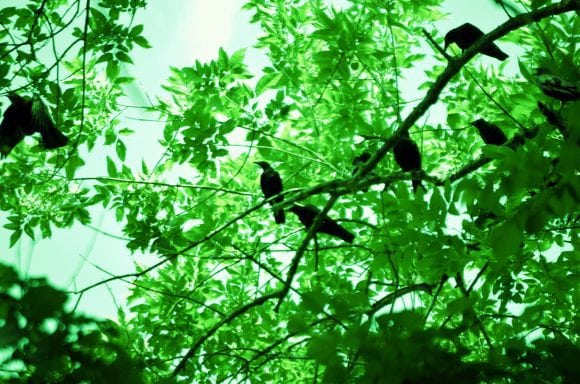 Crows can remember your face and your treatment toward them, and maybe they can remember it as long as they live. “They recognize individual people that are important to them and when somebody does something dangerous, they mark that person, remember that person, as far as I can tell, for their life,” said Marzluff.

A pack of crows in Gabi Mann’s backyard, Seattle, Washington, seem to remember her and her mother, Lisa, as the ones who feed them. They “paid” for the foods they get by giving Gabi gifts. She had collected more than 70 trinkets that the crow left in her bird feeder.

This trading behavior supposedly learned by the birds from their interactions with humans. Marzluff in a book he wrote stated that such behavior of rewarding or paying for foods is intended to keep the foods coming to them.

This behavior can be also found in human, we work for a stable reward such as fees and salaries. Maybe this can be associated with trading activities too, like we get our foods by buying it from the markets or restaurants.

As Smart As A Kid 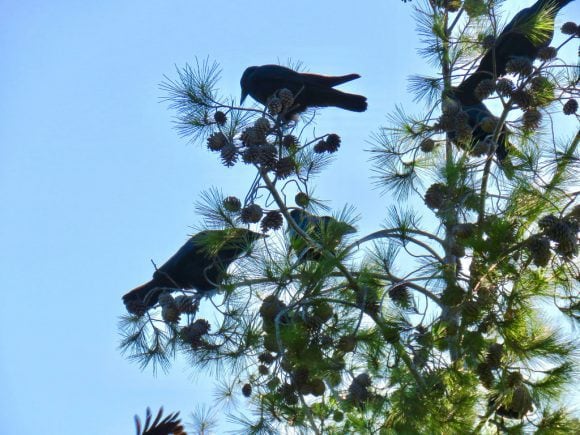 Some researchers conducted a study to learn about how smart the animal compared to human. And they found out that actually the intelligence of crows could be compared to a 7-year-old kid. Their abilities to solve complex problems and recognize faces are proves that they own such intelligence.

Not only that, they also have the ability to communicate not only about food sources and dangers like other animals, but also their feelings. You might often see crows watching at you and cawing about things like talking about you.

Well, actually they are literally talking about you and their feelings toward you. Marzluff and his colleagues found out this fact when he and his teammates were attacked by the birds which were never been captured by the researchers.

It means that they have some kind of “language” which they communicate about complex information like their feelings toward some familiar faces. Not only that, their grudges toward you may also be passed to their offspring, crows from another generation may continue to attack you once you have done a bad thing to one single crow.

And this ability to remember and communicate showed perfectly when a group of crows were fought by men in Chatam, Ontario. Chatam is an area that the crows pass in their migration route, and those crows posed threats to the community’s farming crops.

Because of that, some people started to shoot down crows to get rid of them. The crows understood the danger of that city and since people has shot the birds down when passing the city, since then they fly higher whenever passing the city to avoid getting shot.

Can We Use Them?

Understanding the intelligence of crows, some people started to try whether they can do something with that. A Dutch startup company named Crowded Cities is working on training some of the animal to pick up cigarettes buds littering the ground.

They want to train the birds to pick up cigarettes buds and drop them in a special trash can the company call as ‘Crowbar’. And once the crow drops the cigarette bud in the Crowbar, the responsible crow will get foods in return for the favor.

The idea of Crowbar emerged when the company’s founders Ruben van der Vleuten and Bob Spikman met Joshua Klein. Klein taught some crows to pick up dropped coins and the experiment worked, meaning that crows are actually capable of being trained to pick up specific thing.

The crowbar is intended to make the crows learn about the ‘trading’ activity to trade cigarette buds with foods, like what happened in Gabi’s case. In addition, those trained crows are going to be released back to its community to tell others and spread this information. Looking on facts that they are intelligent animals, this scheme looks possible to do.