You are here: Home / The Species / Let’s Talk About Electric Eel And 4 Shocking Facts About It

Do you know the story of a mad doctor who created a monster from assembling dead corpses? In the story, there is a scene where the doctor needs to revive the creature after successfully building it with a jolt of electricity. To generate enough energy to revive his monster, Dr. Frankenstein used electric eels in a jar.

Maybe that was the first well known literature to ever mention the ability of electric eel. Although it was just a fictional story, but some parts of it is real in real life. Yes, indeed electric eels have the ability to generate its own electricity.

Nowadays, the ability is the most widely known feature of electric eel. However, most people do not know much about this animal aside from its electrical ability. That’s why, in this article we will talk about electric eel and its unique ability that you might have not known. 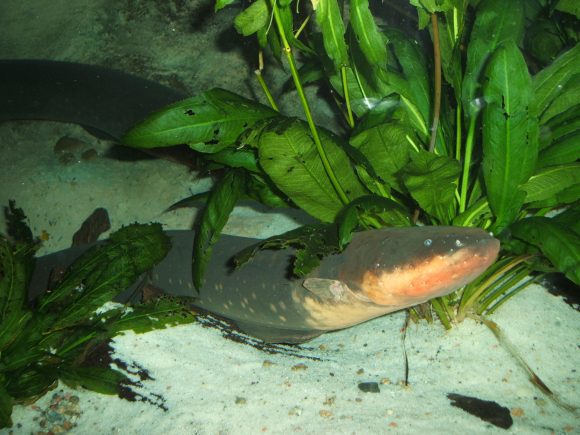 Scientifically recognized as Electrophorus electricus (think about how much ‘electric’ put in its name), actually electric eel is not a kind of eel. So far, this species is the only known kind of its genus, which means that there is no other discovered Electrophorus animal in the world.

Electric eel is actually a special kind of knifefish that is equipped with smaller ‘curtain’ they use to swim on the bottom of their bodies. Knifefish is known to be able to produce electric fields for navigation and communication, but electric eels can expand this ability into a wider range.

The reason why this animal was named after eel is probably because of its elongated body which appears like an eel. Also similar to eels, this animal love to live in muddy shallow water in the wild and can be found in Amazon and Orinoco river in South America.

If you are surprised by this fact, it is okay, since scientists have also been confused for years to classify this animal. Being scientifically discovered in 1766 by Linnaeus, this animal has been reclassified several times until it becomes the Electrophorus electricus we know nowadays. 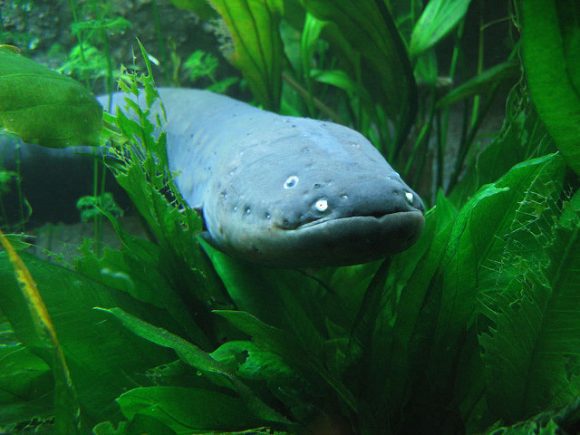 Coming in a range of colors such as purple, grey, blue, black, and white, electric eels lack scales. This solitary animal doesn’t depend much on its eyesight but possesses excellent hearing, which is obvious because they usually live in muddy water.

Similar to any other huge fish that inhabit the Amazon river, this animal is also able grow into a monster in the river. Electric eels may grow up to 2 meters long, weigh up to 20 kilograms, and live up to 15 years in the wild.

People often mistaken it as crocodile in a glimpse and maybe that’s why people tend to avoid getting closer to this animal without clear view in the water. Not only because of its similarity in size, but also because of its strange behavior.

Electric eels usually come up to the surface once in a while, showing its elongated body to anyone who sees. The reason why this animal acts like this is because instead of breathing oxygen in the water, electric eels breathe air. It is kind of weird, since the animal also possess gills like any other kinds of fish. 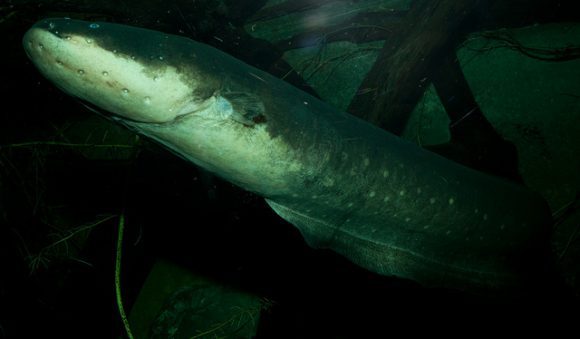 Electric eels are known to be able to produce huge amount of electric shock, most people said that the electric shock that this animal can generate is similar to the jolt delivered by a stun gun. Normally the shock is not enough to kill a person. However, it still may cause heart and respiratory failure.

The electricity that this animal generate comes from three organs in its abdomen that makes up to four fifths of its body. The organs consist of more than 5000 specialized cells named electrocytes and electroplaques that act like batteries.

Not only able to generate a single shock, electric eels may also produce a concert of electricity that may last up to two hours straight. They can also modify the intensity of the shock by curling up their bodies, making the charge is concentrated in one smaller spot.

The ability to generate electricity is not merely used to scare away predators or kill preys. Similar to other kinds of knifefish, electric eels also use it to navigate themselves in the muddy water. By releasing a signal equal to 10 volts of electricity and frequency of 25 Hertz, they can sense electromagnetic fields using receptors on their skin. 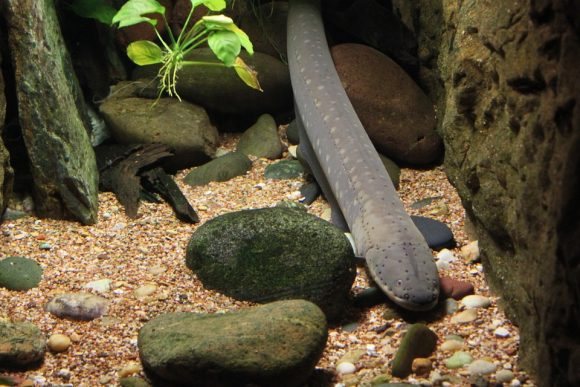 Although their faces are not as attractive as cute animals like dogs, cats, or rabbits, actually electric eels are loved by many. Looking on its unique behavior and ability, many collectors all around the world are attracted to add this animal into their collection. Catching and keeping electric eel is mostly legal because this animal is not an endangered species.

However, catching an electric eel is not an easy task. The only reasonable way to catch this fish is to continually discharging it until it is tired and cannot generate dangerous amount of electricity, which may consume hours.

Not only that, keeping an electric eel in captivity is not an easy job too for many and mostly limited to zoos and public aquarium. But if you are kind of attracted to this animal yet don’t want to spend much time and effort in catching and keeping one, you can just follow an electric eel’s twitter account.

Yes, an electric eel named Miguel Wattson kept in Tennessee Aquarium in Chattanooga has its own twitter account. Every time the eel discharges particular amount of electricity, small computer connected by wires to the eel’s exhibit will send a prewritten tweet. The eel is online in the username @ElectricMiguel.

So, after reading about all those facts, are you shocked already?