When you are faced to two problems at once, what would you do? Solve them one by one, solving both altogether, or just run away? If you are one of those who choose to just run away and ignore the problems, you might want to read about this water hyacinth thingy.

In this story, Kenyan energy company Biogas International is partnering with AstraZeneca and the Institute for Sustainability Leadership at the University of Cambridge to tackle two problems at once. Not because they are forced to, but because they care.

Their collaborative work has resulted in betterment for people living in the city of Kisumu in Western Kenya. Of course, it is not something easy to achieve, and even after the progress has shown itself, there are still problems that they have to face.

Here, in this article, let’s talk about how a Kenyan energy company is turning weeds into fuel and how they helped the people with this.

Kenya is a country located on the edge of Lake Victoria. And because of its location toward Lake Victoria, a lot of tourists often visit the country. The Winam Gulf in Kisumu County is one of the most visited shores of Lake Victoria for this purpose.

However, even though the shore is known for its beauty, it doesn’t last 24/7. When the day is getting noon, sheet of water hyacinth will come to the shore and cover the beauty. Not only it ruins the beautiful view, it also poses danger to the environment.

Also known as Eichhornia crassipes, the aquatic plant is not native to the country. Instead, it was brought to Africa around early 1900s by colonists. The plant itself is native to South America, and it has been dubbed as the world’s worst aquatic weed.

While the spread in East Africa alone started when Belgian colonists in Rwanda brought the plant for aesthetic purposes. However, around 1980s, the plant slipped out of the country via Kagera River and found its way to Lake Victoria.

This way, the plant became a threat not only to the environment of Kenya, but also other countries that surround Lake Victoria. Luckily, some Kenyan entrepreneur found the way to make use of the world’s worst aquatic weed, and we are going to talk about it starting from the next chapter.

“The Gas Has No Smoke”

The way the company is solving two problems with one stone is by harvesting the abundant amount of water hyacinth growing wildly in the water, and turn in into biofuel. The switch doesn’t only bring convenience to the residences, but also increased health benefits.

“The gas has no smoke, no smell, it is much faster than the jiko,” said Tony Otieno, a Kisumu resident who is one of the consumers of water hyacinth biogas. Jiko is portable stove that uses charcoal, which is often used by people in the Kisumu area.

To make the biogas, water hyacinth is ground into pieces and then sent into digesters. The digesters are huge bags that will turn the ground up pieces of water hyacinth into biofuel, that can be used to cook via the stoves.

The technology used by Biogas International may lead to water hyacinth cleanup in Lake Victoria. Not only in Kenya, Uganda, and Tanzania, but also in other countries affected by the presence of the aquatic weed. This might become the breakthrough that every country with water hyacinth infestation needs. 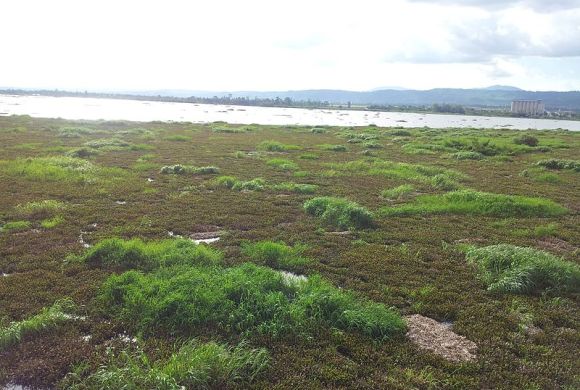 The innovation has helped Kisumu residents to not only live healthier, but also having a better environment. “Water hyacinth is a blessing in disguise,” said Biogas International CEO Dominic Kahumbu in an interview with Reuters.

The weed is harmful to local aquatic life such as fish, and good friends with mosquitoes that may cause several health problems. By usefully eliminating the weed from the lake, Biogas International is leading the residents to a better life.

“The elderly people who should be retiring are choking themselves to death … they should all have biogas,” Kahumbu stated. So, not only it produces cleaner air, its best performance includes less mosquitoes around the lake and cleaner environment. Just like how we imagine a healthier environment.

But the problem with this innovation is its price. Currently, the price for a digester is around $650, around a third of the country’s GDP per capita in 2020. In other words, for the people to get one of the digesters and contribute to the lake cleanup project averagely they have to save around 4 months’ worth of their income.

That’s why, the innovation goes two ways development method. One is by providing residents one digester each, and the other is scaling the digesters up into a bigger machine that can supply clean fuel in industrial scale for restaurants, poultry farms, and fish drying facilities.

No Water Hyacinth Problems in Cuba? 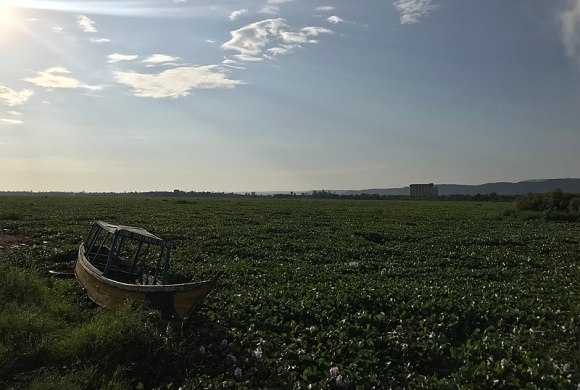 An almost similar problem can be found in the other side of the world, or for more specifically, Cuba. The country is indeed not facing any water hyacinth problems like Kenya in its Lake Victoria, but they also face another invasively aggressive weed growth.

The country is invaded by marabou, and the problem started back in 1990s when the country’s economic crisis collapsed its sugar industry. The abandoned cane fields then became the breeding field for marabou weed.

But after discovering that the weed is a good source of energy, one British firm Havana Energy took the chance to convert it into fuel. “Marabou has a very high calorific level and low moisture, so as biomass it’s very attractive,” the firm’s CEO, Andrew Macdonald, explained.

“Every Cuban hate marabou so we’re doing a service: not just removing it but also returning the land to farming,” Macdonald continued. “Cuba relies on diesel-powered power stations, which are even less green than coal, very expensive and give-off horrible emissions.”

From both of those innovations, we can see how problems, if handled cleverly, can become something helpful. So, what kind of problem that you can turn upside down around you?