You are here: Home / Hello Earth / Madagascar Seems Like Not Going To ‘Move It’ Because Of Famine

Madagascar is likely not going to move it in this new year because they are facing a problem that we all cause. Whoa, that’s just a strong sentence for opening this article, isn’t it? Indeed, it might be strong, but it is the truth that we have to accept.

Madagascar, the country located at the island southwestern of Africa continent is now facing a dire famine. And the reason why we are responsible for it is because the famine is the effect of human-induced climate change.

The famine is already at the level of ‘catastrophic’, as UN-agency World Food Programme (WFP) warned. And the problem is, there is still no concrete solution that can be done immediately to solve this catastrophic problem.

Let’s talk further about the 2021 famine in Madagascar, how climate change caused it, and what options do we have to solve it.

How The Drought Arrived 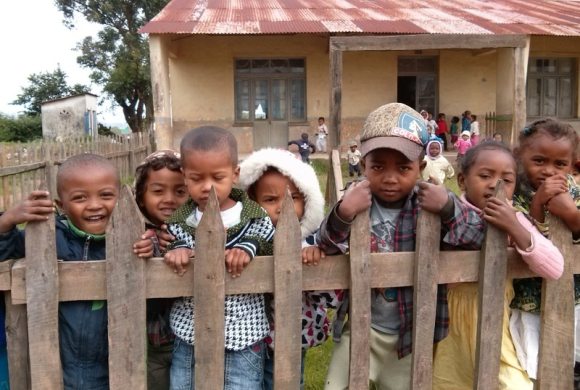 Madagascar might sound like someplace fun where the penguins and lemurs go for an adventure (kudos for those who understand the reference). But in real life, Madagascar might not look as merry as it was depicted in the movie.

The country is familiar with extreme conditions, that even Charles Darwin discovered the theory of evolution around this place. As a note, evolution happens when organisms are forced to live with extreme environment.

How extreme the country is? Data recorded that since 1980 to 2013 alone the country has suffered from 63 major natural disasters! The disasters are including floods, epidemics, cyclones, locust plague, earthquakes, and the one that we are going to talk about specifically: drought.

Lack of rain is considered to be the main cause for the drought. Not only because rain, which usually takes place around November and December, doesn’t occur as scheduled, but also because when it occurs the amount of water is not enough.

It affects the agricultural industry in the country heavily, that there is no food can be harvested both from plants and animals. As for June 2021, it was officially the worst drought that the country ever experienced in the last 4 decades.

How Bad is The Madagascar Famine? 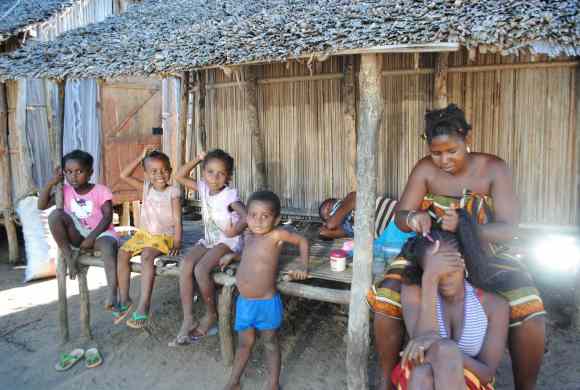 You might think that this is just another climate change and drought story, but this is not. Things are more severe than you can imagine, and it happens to the whole country. For the beginning of this famine story, you should know that it happens during Covid-19 outbreak too.

While the Covid outbreak has caused markets to reduce its activity, in which led to chaos in distribution of resources, drought makes things just worse. Even though some markets are still open, there is not enough food that can be sold there.

The food scarcity, according to WFP, has caused around 75% of children in the county to abandon school to go begging or foraging for food. And for water itself, most have to seek for water by going more than 15 kilometers.

It is estimated that around 30,000 people even suffer from the highest level of food insecurity, the level five, and it is possible that the number keeps on skyrocketing. So, what actually the real causes the famine? There is one influential cause for this.

Heavy reliance on annual rain in addition to poverty and covid-19 pandemic mentioned above are the main causes. But when the people are too reliant to the rain that doesn’t come for such a long time, it became a problem. 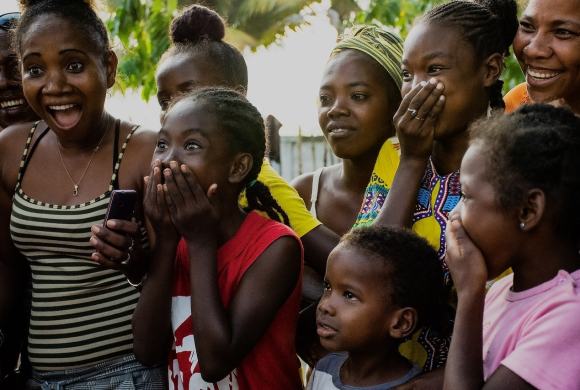 Why didn’t the rain come as expected? This is where we should talk about climate change. Data showed that a shift in global climate has caused the amount of rainfall that touched the country has been 40% below average.

It was bad news for farmers especially, and the chain effects began from their inability to grow food. Without food famine happens, which means what happens in this country is driven by climate change and is the first to ever happen in history.

“These are famine-like conditions and they’re being driven by climate not conflict. This is unprecedented. These people have done nothing to contribute to climate change. They don’t burn fossil fuels… and yet they are bearing the brunt of climate change,” said UN World Food Programme’s Shelley Thakral.

The condition places at least half a million children in the country to the danger of malnutrition. The condition also forced the people to eat locust and cactus to just survive, because those two things are the only source of nutrition they can find.

“I clean the insects as best I can but there’s almost no water. “My children and I have been eating this every day now for eight months because we have nothing else to eat and no rain to allow us to harvest what we have sown,” said Tamaria, a mother of four to BBC. 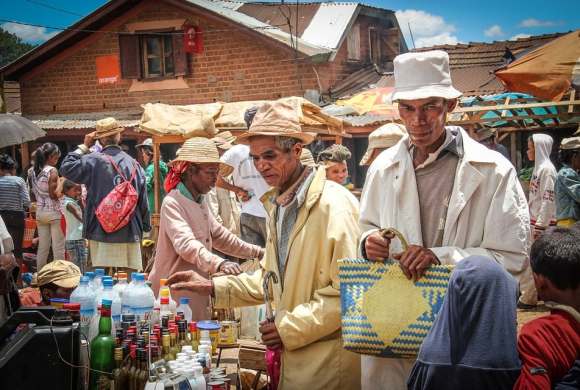 The worrying problem about Madagascar is not only about the current phenomenon, but also about the future of it. There is still no clear information whether the drought will end in near future or will it continue to be this way for longer future.

The famine is likely to continue for many people in line with their desperation to get food. “The prices in the market are going up – three or four times. People are selling their land to get some money to buy food,” said Tsina Endor, a worker at Seed in Tolanaro.

His friends, Lomba Hasoavana and other farmers, even have to sleep on their cassava fields to protect their last food source from thieves. The thieves are, obviously, people who are desperate for food. “Everything is so unpredictable about the weather now. It’s a huge, huge question mark – what will happen tomorrow?”

The problem in Madagascar is a thing that every single country might experience in the future. Indeed, it would only happen when a series of unfortunate events happen, but the progress of our climate change alone is a huge factor to determine that already.

We should not want that to happen and move starting from now to tackle the causes before bad things happen to all of the world. Today it might be the children in Madagascar who quit school to beg and forage for foods, but it can be us that experience it in the future if we keep being so ignorant.