Here is a story about Patrick Kilonzo Mwalua. Water is among one of the most basic needs for living organisms to live. The need of water to live applies to plants, animals, microorganisms, and of course human. That’s why, access to fresh water sources is very important.

But not every single corner of the world has abundant fresh water supply. In example, some parts in Africa seem like they have befriended drought. In some countries like Kenya, water is as desirable as gold and diamond.

We, as human, might be able to purchase water if we have enough money to get it, but what about animals? Animals can only hope to the nature for their water supply. That’s a problem that Patrick Kilonzo Mwalua thought about.

Patrick Kilonzo Mwalua thought the problem well and tried to help animals living in dry areas by providing them drinking water they need to survive. Here is the story. 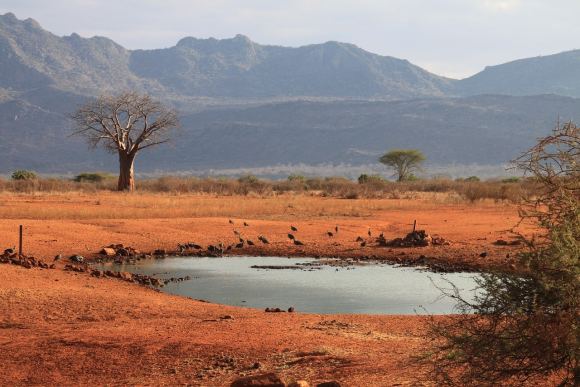 Tsavo West National Park is the habitat of a variety of wildlife. It is home to eastern black rhinoceros, hippopotamus, Cape buffalo, elephant, leopard and lion. Bushbaby, hartebeest, lesser kudu and Masai giraffe can also be found there.

With all of those animals inhabiting one area, it is acceptable to think that nature can provide all of them enough resources to survive. Not wrong indeed, but also not entirely true. Draught has been hitting the region hard that even animals cannot find water to drink.

Rain comes not so often that water reservoirs usually cannot maintain its support for the whole population of the national park. Because of that, some of the population cannot survive the scorching heat of Africa, and died from thirst.

“This has got us all very worried of losing many animals from antelopes to elephants if nothing is done very urgently,” Patrick Kilonzo Mwalua wrote on his GoFundMe page to promote the incredible work he is doing to save those animals. What is the good work?

As mentioned above that the man built a GoFundMe page to promote his work, he is working on a mission to save those thirsty animals. He literally has been bringing water to the area so that those animals don’t die from thirst.

He drove hours every day from the closest city to bring water in tanker truck. That was not his truck, and the water was not free to obtain. He always rented the tanker truck and bought the water inside it, before driving it for more than 50 kilometers at least four times a week.

That’s why, we know that his works was not cheap. He used his own fortune to do that in the name of conserving the important ecosystem. This is also the reason why he set a GoFundMe page so that he didn’t find any difficulties to continue his work.

The cost of each tank is $250, and it ‘only’ contains 12,000 liters of water. With that amount of water, he can deliver to two different spots where animal population are usually concentrating. Starting the mission alone, he now owns a team that helps him do the mission.

Elephants Are Hit The Hardest

What’s touching is, usually the animals will wait for the truck to come just like they understand that their savior has a schedule. “The animals come running the moment they see the truck, they even know the timings,” he said as quoted from AFP.

Rain usually comes in November, and before that the drought usually hits so hard. The work of Mwalua is a gift from heaven for them because even the rain doesn’t come, those animals still need to drink. All of the animals suffer, but among those animals, elephants are hit the hardest.

“We have many elephants concentrating in very few water holes fighting to drink water and this has made the smaller elephants lacking water,” as written in the GoFundMe page. Elephants are among the most affected animals in Tsavo West National Park because they need a lot of water.

They can even drink 200 liters of water in one go. In addition to that, they really find it hard to survive there because drought is not the only problem they have. Poaching is another one that they have faced since a long time ago.

“Some years back we lost many animals including elephants due to a prolonged drought. Elephants are becoming endangered from poaching and we need to save the ones we have left by providing water for them until the drought peril is over,” he stated in the page. 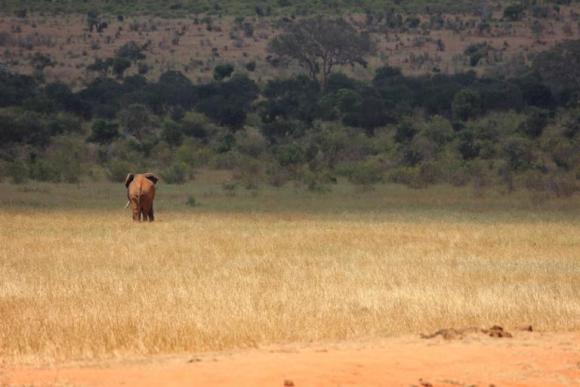 In an interview with The Dodo, he also stated that climate change has played a huge role in this condition. “We aren’t really receiving rain the way we used to. Last year, from June, there was no rain completely. So I started giving animals water because I thought, ‘If I don’t do that, they will die,” he said.

Climate change and drought are directly related. While on the other hand, climate change and our fossil fuel emission are also closely related. The drought in Tsavo West National Park is just one evidence that the disaster is affecting every single corner on earth.

“I live in a very remote area, it’s a village of about 2,500 people scattered widely. When I was younger, the situation was good. As I grew older, things started changing: for instance, rain patterns used to be more regular, occurring seasonally,” Mwalua stated in another interview with Lifegate.

“Their regularity has been affected by changes in the climate. Now, there are some years when it doesn’t rain at all, and sometimes the rains come when it’s not the right time or the right season. I’ve seen a lot of changes,” Mwalua said.