You are here: Home / The Species / A Few Clues To Show You Why Orchids Are So Special

Orchid is the flower that has some kind of mystique aura among other kinds of plants. They are elegant, mysterious, and somehow appears unreal. That’s why many people from any part of the world are attracted to this kind flower.

In addition, orchids can be found in every part of the world too, and indeed they come in various types and beauty. Some are endemic and rare, giving them additional bargaining point to own one and put it in the garden. In this article, we are going to talk about orchids. Let’s start.

It Comes In Huge Variety 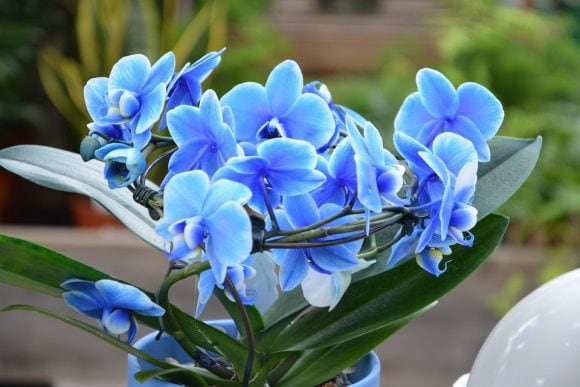 Orchid is one of the largest flowering plant families in the world, and each of them has distinctive features. Every species has unique size, look, and features that no other member of the family has. So, firstly let’s talk about the physical features of the flowers.

Orchids come in various size, starting from Plztystele jungermannioides which is believed to be the smallest kind of orchid growing on this earth to Grammatophyllum speciosum, the biggest species of orchid in existence.

Plztystele jungermannioides usually comes in size of only 2 millimeters, not bigger than your teeth. While Grammatophyllum speciosum, also known as the giant orchid comes in size of 2.5 meters. When you see them one by one, you might not believe that they are in the same family of flowers.

The unique part is, any kind of orchid, whether it is the smallest or the biggest kind, is possible to develop into a giant cluster. Their roots form a kind of bundle, tangling to one another, to form a weighty cluster reaching hundreds of kilograms to tons.

Interestingly, orchids are known to not have any usual roots like most kinds of plants. They only develop rhizomes, tuber, or aerial roots, depends on their way of living and the place where they live. That’s why, no wonder some orchids are able to grow both on the ground or attached to woody plants.

Not only the flowers, the leaves of the plant also vary from one another. The variety in size, shape, and texture of the leaves is believed to be their adaptation to their habitats. Orchids inhabiting humid areas are believed to be able to live without developing any leaf, while the ones living in dry areas are developing thick leaves covered in wax. 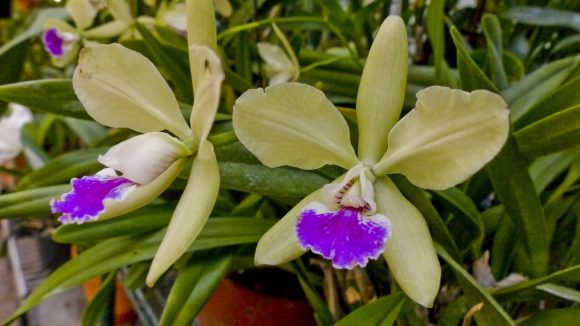 Not only that, the fungi also help them in the germination process. Every seeds coming from orchids does not have any endosperm required for germination. That’s why, even the non-parasitic orchids live in symbiosis with the fungi during germination period that may last between weeks up to 15 years.

As orchids grow, they don’t like to stay in the same growing medium because the peat, bark, and moss break down in the long run. When this happens, the growing medium becomes compacted, which limits proper airflow. The compacted medium also retains excessive moisture, thereby causing soggy roots that could lead to root rot and other diseases. To prevent this from happening, the grower must learn how to repot an orchid to provide proper airflow and water drainage as well as promote nutrient absorption.

Somehow, orchids are pretty easy to grow, and that’s the reason why people love growing one in their gardens. “It’s not necessary to turn your home into a steaming jungle in order to grow beautiful orchids. In fact, many orchids really don’t deserve their reputation for being difficult or fussy plants to grow,” stated University of Minnesota’s Yard and Garden brief on How to Grow Orchids as Houseplants.

Some flowers are able to resemble animals whether with many purposes, some are for defense mechanism, some are to attract pollinators, and some others are without any clear purposes. Take for example monkey orchid and owl orchid, both appears pretty similar to specific species of animal according to the name.

Amazingly, as said before that there are massive number of members in the orchid family, almost none of them appear similar to each other. According Flower Web, there are more than 25,000 species all around the world that have been officially documented.

Here are some of the world’s most beautiful orchids:

Living In This Age

Orchids, behind their mysterious and elegant aura covering each of their petals that many people love, might have not get the attention they deserve. The reason is even the easy-growing family of plant is still in need of other organisms.

Many kinds of orchids are even developing flowers resembling the shape of specific insects to attract the insects or bugs of opposite sex for pollination. Because of that, in this era when the number of wild insect and bugs are declining significantly in number, most orchids are under the same threat.

Thus, if some specific insects are going extinct, some species of orchids will likely suffer from the same defeat. Considering orchids are not only useful for decoration purposes (some orchids are also believed to have medicinal purposes too), again human kinds will be the last part of the chains to suffer from the defeat. From the simple explanation, you should realize that actually we are also a part of the nature.

Flowers Can Hear The Buzzing Bees, Can We Use It To Help Us?

Researchers Are Planting Wildflowers To Save Our Future

Finally, Some Tips On How To Grow Wild Flowers