You are here: Home / Eureka Green / Can We Replace Streetlights With Bioluminescence Lights?

For millenniums, even since the era of Aristotle in 382 BC and Roman Empire, people have observed about bioluminescence. At that time, they called bioluminescence as “cold fire”, which later been known as “foxfire”.

This earth has been granted with many organisms that have bioluminescence ability, such as glowing bacteria, plankton, squid, fungi, jellyfish, fish, and firefly. Knowing there are many creatures on earth with the ability to light up the dark, scientists are trying to find a way to use them in our daily lives.

Nevertheless, scientists are not giving in to the fact, they always try to find a way to overcome the trouble. Thus, several concepts were born from the hard work of those researchers. Here are two concepts that may solve the problems. 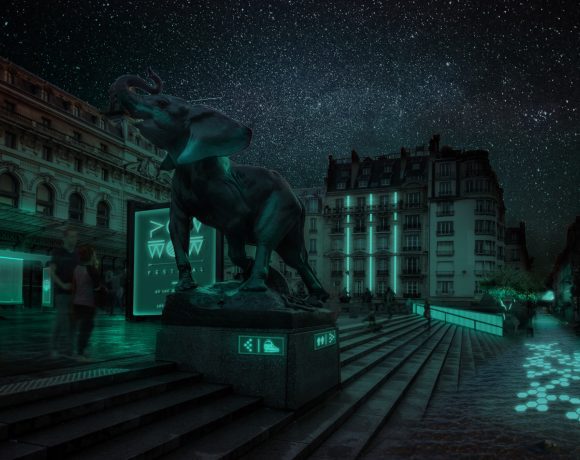 To cut the light pollution and energy consumption in Paris, French, officials passed a law in 2013 that forbids offices and retailers to keep their shop front lit during early hours in the morning. Trying to find a way to bypass the law, Glowee, a Parisian start-up came up with an idea: bioluminescence.

Bioluminescence emits soft light, so it will not contribute to the light pollution officials worried about. In addition, it doesn’t feed on electricity like conventional lamps. So, it would also bypass the energy consumption rules.

The concept of the start-up company was to illuminate shop fronts, public spaces, and installations by using bacteria found in squid. Thus, even without turning any electric lamps on, people walking on the passage will not lost in the dark.

This concept first emerged in 2015 and months after the company worked on the concept, a prototype was brought into a demo. In a demo run in December 2015, Glowee showed a bacteria powered lamp which could maintain its light for about three days before turning dim.

The lamp was actually a transparent case filled up with gel containing bioluminescent bacteria mentioned above, along with sugar and oxygen to keep the bacteria alive. “Our goal is to change the way we produce and use light,” said the founder, Sandra Rey as quoted from News Science. 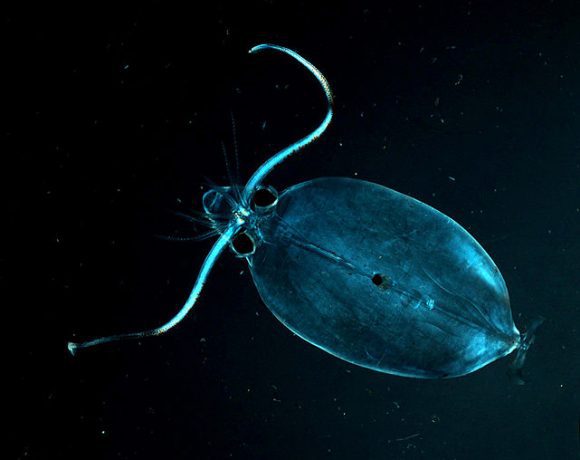 The bacteria used in the prototype was non-toxic and non-pathogenic. So, they want to make sure future consumers are not afraid to use their products. The fact is, more than 90% bacteria in the world are not harmful, even useful, to us. And these bacteria belong to the majority side.

Even the idea of using bioluminescent was supported by ERDF, France’s biggest utility company who manages 95% of electricity in the country. “Glowee is not meant to replace electric light. It offers different possibilities,” said Rey.

“We want to offer a global solution that will reduce the 19 per cent of electricity consumption used to produce light,” she said. However, replacing the lamp every three days is not a nice idea, so the company is working on more long-lasting lamps.

Not only that, Rey’s team are also planning to genetically engineer the bacteria so that they can only glow at night, which will save their energy and nutrients, and glow brighter. The plan was to launch the product commercially at 2017, but apparently further research is still needed.

So, maybe in the near future when you visit Paris and have to go out at 1 a.m. to 7 a.m. in the morning, you might witness the beauty of bioluminescent all around the corner of the city. 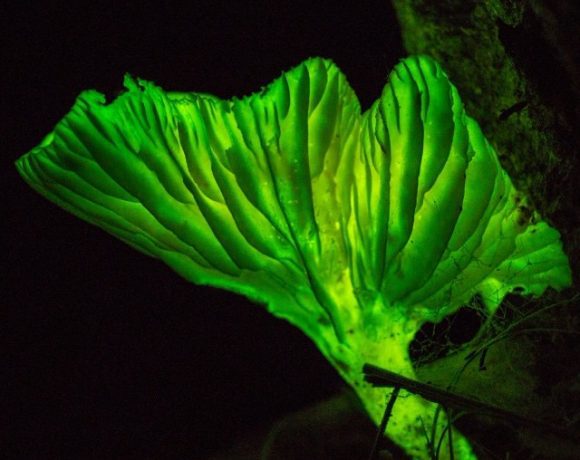 Did we just misspelled streetlight? No, we just want you to know about the next concept that’s being worked on by scientists. Yes, researchers are working on to replace the electric streetlights with bioluminescent trees all around the world.

Bioluminescent trees have been a long-pursued dream by researchers, because without many considerations the self-glowing trees would be eco-friendlier than electric lamps. Thus, if someday the research works out, the era of electric lamps would be over.

The global project has included many options to make a tree that glow bright enough to help our eyes see in the dark. The first idea was to extract proteins that contain luciferin, a bioluminescent compound, from bioluminescent fungus.

The first research was conducted by a group of scientists in Moscow, finding that some luciferins are compatible with plants’ biochemistry. So, it is possible for a plant to receive the luciferin from other organisms, or maybe even develop the compound by itself.

“I hope that this will eventually allow the creation of an autonomously luminescent plant, one that would not require the external addition of luciferin, but would be able to biosynthesize it by itself,” said Ilia Yampolsky, the leader of the research in Moscow. 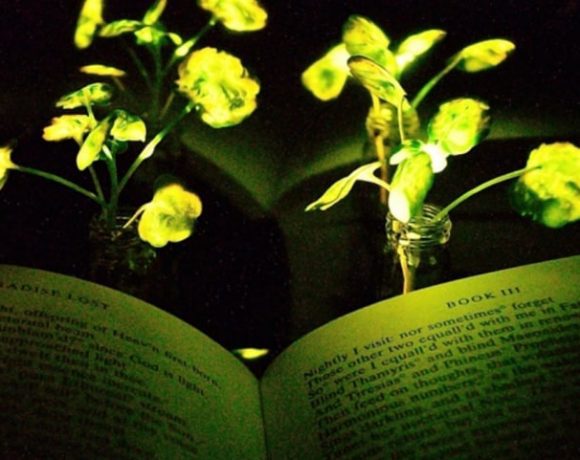 Based on the result of the study, researchers all around the world optimistically conduct following researches to make the glowing plant. And after years long process, a group of researchers from Massachusetts Institute of Technology (MIT) succeeded to create a bioluminescent plant.

The MIT researchers, using luciferin from fireflies, succeeded to create a tree that emits light bright enough to read a book. The vision is to make a plant that will function as a desk lamp, a lamp that you don’t have to plug in,” said Michael Strano, Professor of Chemical Engineering at MIT to Telegraph.

The light from the bioluminescent plant could survive up to four hours, an hour longer than the first Glowee prototype. But sharing the same dream as Yampolsky, Strano and his colleagues are working on a plant that can glow by itself and maintain its light forever.

“Our target is to perform one treatment when the plant is a seedling or a mature plant, and have it last for the lifetime of the plant,” said Strano. Not only chasing the self-glowing plant, the MIT researchers are also chasing on creating eco-friendly bioluminescent spray for plants in nearer future.