You are here: Home / Hello Earth / Is There Such Thing As Eco-Friendly Palm Oil? Ask Orangutans

Palm oil is one of the most commonly used ingredients in the world. From simple households to five-star hotels have this product in the kitchen. Not limited to only the chefs in the kitchen, but almost any kind of industrial activity that requires frying use palm oil.

More than for cooking, palm oil is actually the main ingredient for many kinds of daily products. It can be found anywhere in your margarine, your cleansing wipes, your shampoo, your detergent, and definitely in the bowl of ice cream you eat to relieve your bad mood.

So, what is the point of noticing that many products are containing palm oil? This product seems harmless isn’t it? Well, you might want to find out the truth behind palm oil production. In this article, we want to inform you that the product which seems innocent to you is actually responsible for bigger threats to the planet.

Deep Down In South-East Asia Forests

About 50% of daily products in average households contain palm oil or processed with palm oil. The question is, where did all that much amount of palm oil come from? The only reasonable answer is from palm oil plantation.

Palm oil plantation is said to be one of the most peculiar plantation, because the plant itself requires suitable condition to grow well. Of course the ‘farmers’ don’t want to let their works in vain by planting the trees heedlessly.

That’s why, they need to adjust the environment of the plantations to indulge the growth of the plants. Yes you can adjust the nutrients in the soil and irrigation on any land, but what about the constant sunlight and temperature that the plant also need?

This is the reason why palm oil plantations are concentrated in tropical areas. Countries such as Indonesia, Malaysia, Western Africa, and other countries near the equator provide almost everything that the palm needs to grow well without significant adjustments.

The thing is, the demand for palm oil is incredible. A data from 2015 showed that at least 61 million tons of palm oil is needed each year to provide sufficient supply for the whole world. For your information, it needs about 0.26 hectares of land to produce 1 ton of palm oil.

Tricks For The Land

Using quick calculation you can find that more than 230 million hectares are needed to fulfill global needs of palm oil. The problem is, as explained before, the plantations are concentrated in only several countries around the equator.

By the way, you might ask why we keep marking the word farmers. The answer is because most of the palm oil farmers are not the farmers you imagine. The ‘farmers’ are mostly industrial-sized companies large enough to own thousands of hectares of oil palm plantation sites.

For those companies, it is easy to do simple tricks such as bribery and money politics to avoid laws in the process of cutting down the forest. In addition, the governments in developing countries such as Indonesia, Western Africa, and Malaysia are still prone to the practice of corruption and money laundering, a great boost for the evil companies. 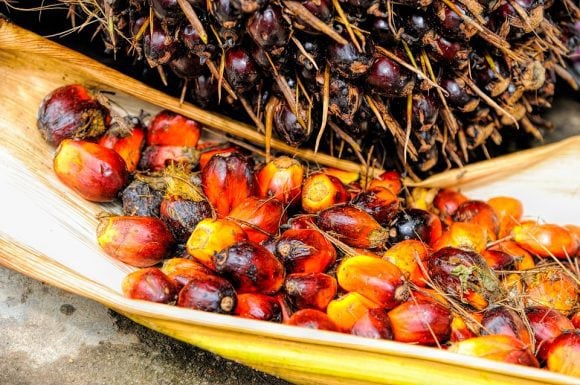 The world has long recognized the dirty play of the evil companies to keep getting the amount of palm oil they need. That’s why in 2004, the Roundtable of Sustainable Palm Oil (RSPO) was formed. The formation spawned a new term to the industrial world: sustainable palm oil.

The idea of sustainable oil is actually an approach to produce palm oil without causing deforestation and harming people. The grand scheme of the organization is to protect the rainforests in countries like Indonesia and Malaysia from deforestation for oil palm plantation.

However, there are some flaws in this scheme that may still harm the nature. The scheme might protect the rainforests, but it doesn’t ban the destruction of peatlands which is also important. Not only that, RSPO also still allows the companies to plant oil palm in cleared secondary forests.

Protect The Forest, Kill The Animals 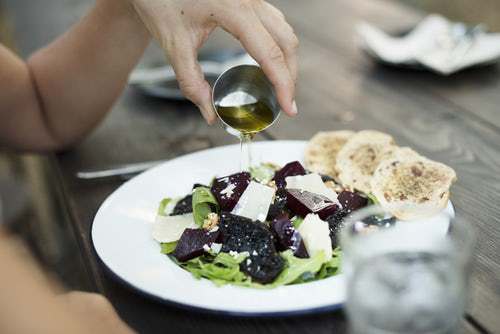 Finally we come to the part where we will talk about the reason why we want you to ask the orangutans whether eco-friendly palm oil actually exists or not.

The biggest threat to orangutans is oil palm plantation. It is estimated that between 1,000 to 5,000 orangutans are killed each year in oil palm concessions.

Losing habitats because the forests they are living in being cleared is the biggest contributor to the animal’s population decline. The RSPO might have helped a bit in preventing further orangutan population decline, but that’s not the only threat for them.

The palm oil sustainability laws still has not stated anything about preventing or banning the killing of the species to make a palm oil product classified as sustainable. We bet you get the idea from here. The sustainability law implicitly still allow the ‘farmers’ to kill any orangutan trespassing the plantation areas, and this is not a rare case.

Not only that, while clearing the ‘sustainably allowed’ forests, the workers might run into some orangutans too. For most cases, the only answer to this encounter is death for the orangutans. Yet this is still an ‘allowed’ case if we merely rely on the RSPO.

Looking on those facts, do you still think that ‘sustainable’ palm oil actually exists? You have the rights to make the choices.