Living in this modern era, we are highly exposed to air pollution from industrial smoke and car emission. When you think you are safe from that, you are actually mistaken. Even in your homes you are not safe from air pollution.

Yes, air pollution affects indoor environment too, including your homes. In addition, you don’t need to live in urban area to be exposed to air pollution. The reason is, because in this modern day the amount of pollutant in the atmosphere is higher than ever.

Not only that, the kinds of air pollutants also vary. Starting from dust, airborne chemicals, smoke, and even airborne microorganisms. In this case, breathing fresh and pure air is important to keep us away from health complications, including asthma.

Using air purifier at home is a great idea to ensure that you and your family are safe from air pollutants, or at least less exposed to them. But what kind of air purifier to choose, to make sure it is good enough to protect your family? 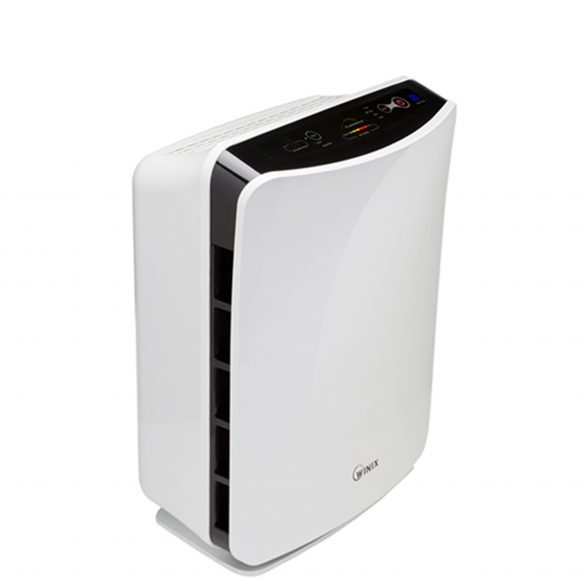 Air purifier is not a luxurious thing nowadays, since the use of it is pretty common in houses nowadays. Not only that, with the pace of how technology is advancing today, the price of a ‘common’ air purifier is also getting more and more affordable.

Active air purifier remove contaminants in the air by using ionization. In this process, the purifier uses charged electrical surfaces to create electrically charged air or gas ions. The ions then attach to airborne pollutants and remove them from the air we are breathing in.

While in passive air purifiers, the method used is simply by filtering pollutants out of the air. In this process, air is first forced to get through a filter before being flown into the next stage. In the next stage, the air can be further filtered from pollutants using various method such as thermodynamic sterilization, ultraviolet, activated carbon, and many other methods depending on the product.

Both are working good in removing harmful particles in the air. But on the other side, they also come with ‘annoying’ side effects. Some people using air purifier in their homes are concerning about the hazardous gaseous byproducts, noise level, frequency of filter replacement, and electrical consumption. 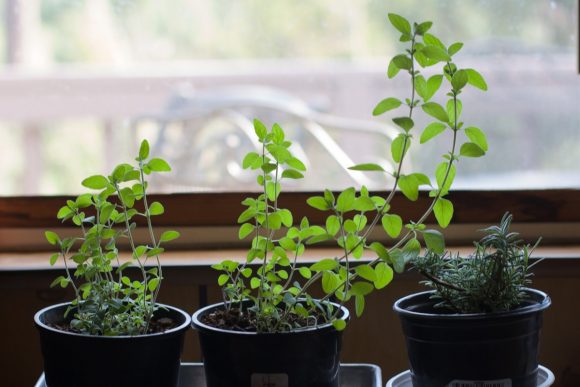 If you prefer more ‘natural’ way to purify air, then you should get some houseplants. A study conducted by NASA has proven that plants are not only doing great in supplying oxygen to us, but also in removing air pollutants.

Plants are effective in protecting us from airborne volatile organic compounds (VOC) found in paint and paint thinner, glues, adhesives, and cleaning supplies. Breathing in those VOCs everyday can cause health problems to us such as asthma and allergies.

Thus, in other word, houseplants can actually act as an air purifier too. The study found that one houseplant for every 50 feet is a good number in making the air in your house clean enough to breathe day by day without taking its toll on our body.

NASA even gave us a list of houseplants which excel at doing the job. The list included bamboo palm, English ivy, Chinese evergreen, and peace lily. So, if you want to decorate your home using houseplants, better include those plants.

However, houseplants are not doing advanced works like electric air purifiers do. Indeed they excel at removing VOC, but they cannot use ionization nor filtering dust in the air. To get the maximum protection against air pollution, should we utilize both of them?

The Combination In Breth

Having both air purifier and houseplants in your lovely home sweet home might be a good idea to keep your family healthy and away from air pollution. But why should we spend more money and sacrifice more space in our house to get both of those things when just one device can do the work?

A new innovation from Greenstreet Growers Inc. is a breakthrough in this air purifying thingy. It is an all-natural air purification device called Breth. Being released for about $100 each during 30 day Kickstarter campaign, this device is both air purifier and houseplant.

“The average American spends 90 percent of their time indoors, breathing these toxins. brēth is a miniature ecosystem that greatly improves a plant’s ability to remove indoor air pollution. This is the most natural purification mechanism that biology provides us to clean indoor environments,” said Mark Prescott, co-founder of Breth.

This device can help to purify air in 10×10 feet room effectively, for more than 4x per day. Recent testing showed that this ‘sophisticated vase’ was able to remove about 70% of formaldehyde introduced into its airspace.

“Modern building design has created excellent energy efficiency, but has left inhabitants in chemical-laden and unhealthy stagnant environments due to the increased airtight residential and office structures,” said Prescott. And he said Breth offers the solution for the problem.

Prescott said that the creation of Breth was a kind of response to NASA study about the benefits of having houseplants. But more than just plants, to improve the performance, a kind of air purifying system is equipped in the device.

The air is pushed through filtration system inside the device first to filter the bacteria, VOCs, and other kinds of airborne pollutants. Those filtered pollutants then used as the fertilizer for the plants, which further purify the air with their natural ability.

The work of this device can be controlled and monitored using an application that you can download in your phone too. You can also monitor the plants growing in the device from the application. So, you don’t have to worry about the amount of electricity consumed or about the plants, while you can always make sure you are coming home from work into a room of fresh air.

“We recognize that the demands of life and work often leave little time to think about plant maintenance, which is why we designed Breth to only require watering every 10 days and minimal trimming. The worry-free, foolproof technology takes care of the rest,” said Prescott.