I’m sure you’ve heard of the great Pacific garbage patch that we could still find in many articles today. Recently, the same research team which has found those plastics discovered that all those plastics are affecting sand temperatures on Henderson Island and the Cocos Islands, in the Indian Ocean.

Both Henderson Island and the Cocos Islands are remote, with beautiful white-sand. Sadly, they both are covered in plastics because they’re not far from the garbage patch.

The study’s results were published online in the Journal of Hazardous Materials in May. The change of sand temperatures could be a problem for heat-sensitive beach dwellers like crabs, mussels and snails, as well as for animals like shore birds and sea turtles that use beaches for nesting.

To date, we’ve seen a lot of articles talking about the negative effects of plastic pollution to the wildlife. According to Jennifer Lavers, a marine ecotoxicologist at the University of Tasmania, there’s less research that focuses on how plastic pollution affects environments physically. Therefore, she went on to measure beach temperatures.

Lavers stated, “Up until this point, so much of the literature focused on charismatic species or the type or source of plastic.

“Year after year, I’d return to some of the most far-flung corners of our planet and the plastic I witnessed 12, 24 months ago would still be sitting there (except perhaps even more!). I knew it had to be having some kind of effect, but there was no data.” 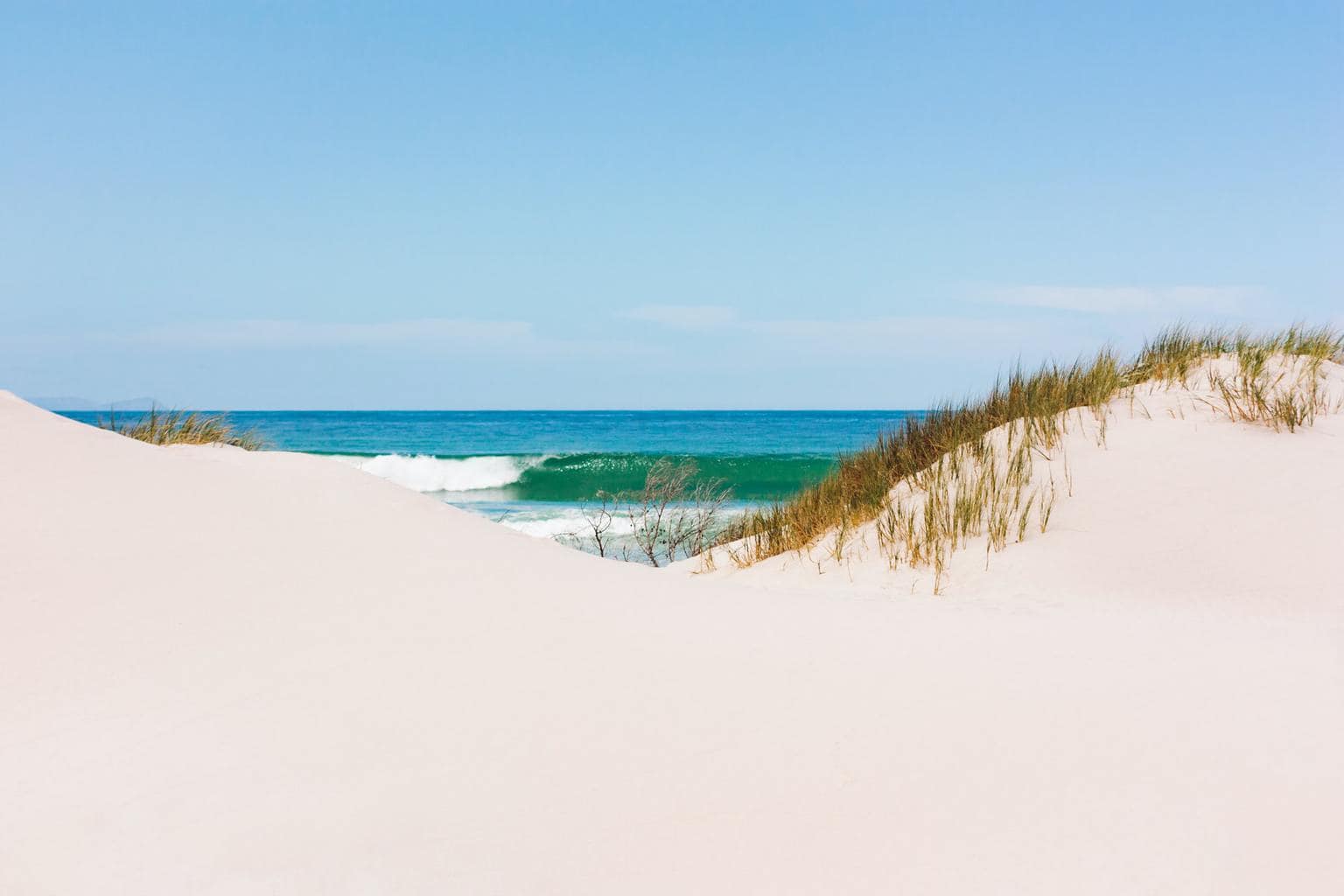 To track plastic pollution and measure sand temperatures, Lavers and team set up a network of ten roughly three square-foot plots across Henderson and the Cocos Islands. The team counted how many plastic pieces were present and installed temperature sensors at two depths, roughly 2- and 12-inches deep in the sand.

The set-up is rather simple, but they ran into a problem: there was no blank space as a control site. Plastic was so pervasive that the field scientists could not find a single area of sand that did not have any litter. In the end, they settled for the least-polluted patches to use instead, and then they waited.

For three months, the sensors collected temperature data. After, Jack Auty at the University of Tasmania who led the data analysis of the study, analyzed temperature by hour and by day.

Auty said, “I could see the story coming out as I explored the data. I began to see how the [temperatures’] circadian rhythms were being massively impacted by the surface levels of plastic.”

Additionally, the temperatures were more stable at the deeper sensors at every study site and the effect dissipated once the plastic layer got too thick.

“Interestingly, even the hot effect disappeared for the highest level of plastic, where you can’t even see the sand. Light can’t penetrate there. At that point, the sand is buried so deep under plastic that it just can’t go through that extreme circadian cycle,” said Auty.

What about the warming and cooling?

The researchers acknowledge that they need to carry out further experiments to understand the reasons for heating and cooling. However, they’ve got ideas to explain the daily temperature patterns they found.

According to them, the daytime warming could be due to an insulating effect from the plastic, like a greenhouse trapping heat and moisture inside. In contrast, the nighttime cooling effect is a bit more complex.

Plastics in the sand could become pathways for air and water that allow heat to dissipate from just under the surface more readily once the sun’s radiation isn’t a factor. Scientists will need to conduct another study to figure out why the temperature change happens. 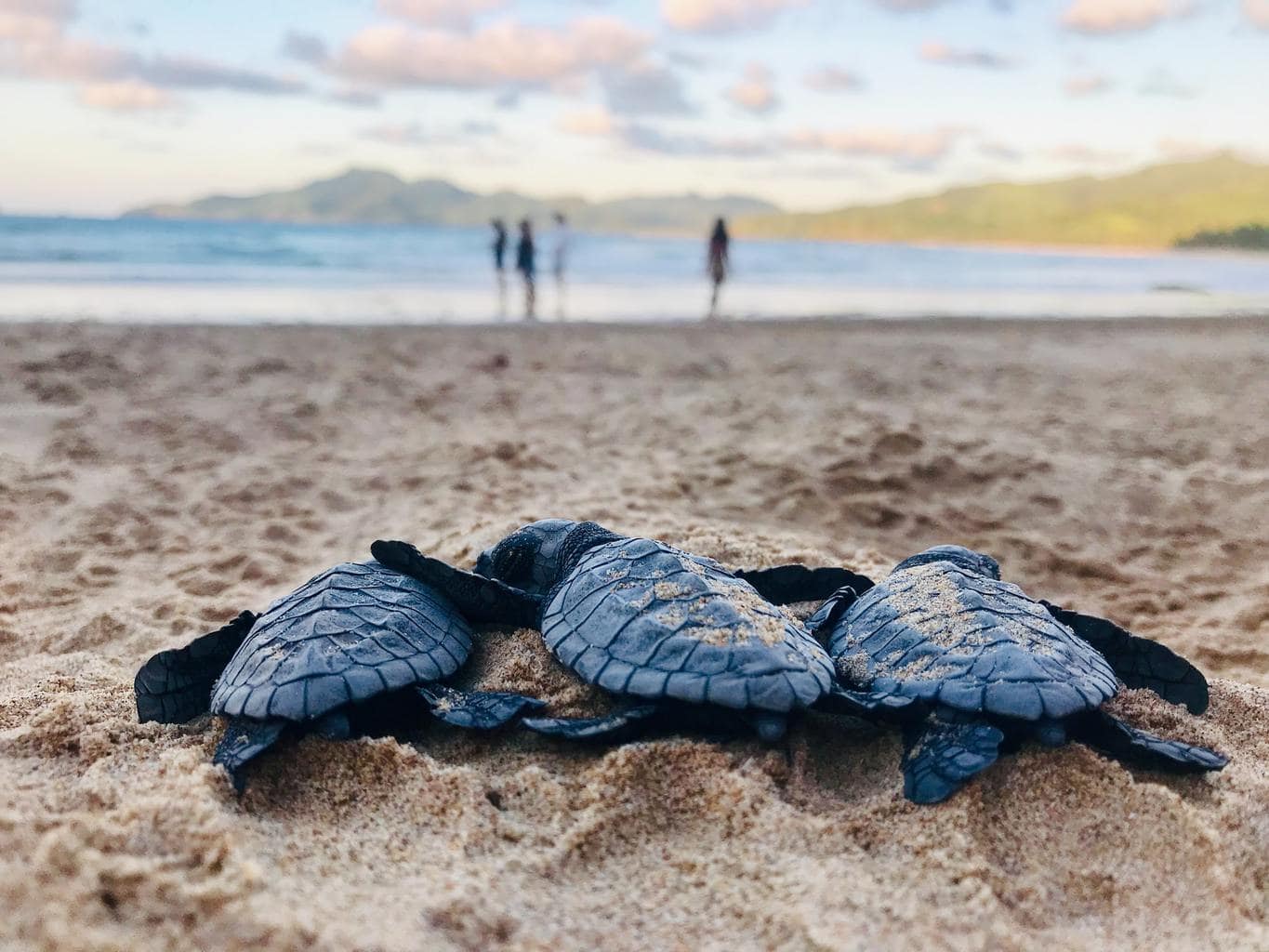 Tropical temperatures tend to be very stable, that’s why equatorial critters have evolved to thrive in narrow ecological niches. When they move a bit outside their ideal temperature range, it can be disastrous.

Cold-blooded creatures like sea turtles are particularly at risk. “Reptiles are ectotherms—they’re cold-blooded—and they’re intrinsically tied to the thermal characteristics of their environment. So temperature influences lots of parts of their life cycle, and reproduction in particular,” said Leo Clarke, a marine ecologist at Bangor University.

Research has shown that nest temperature can determine the sex ratios of baby turtles—warmer nests result in more young females and vice versa. But the concern doesn’t end there. High temperatures can decrease hatchling fitness and success; stronger and larger hatchlings have come from cooler nests.

This change could also affect similar reptiles like tropical iguanas and beach-nesting snakes. Although, Lavers and Auty stated that some other reptiles may be less affected. According to them, the temperature stability found at depth could be good news for loggerhead sea turtles because they typically nest deep enough that their eggs won’t be affected by the temperature variability.

Other animals like shore birds and seabirds may be negatively impacted by plastics’ warming effects. According to conservation ecologist Stephanie Borrelle, “If there’s plastic at the nest sites and it’s incorporated into nesting materials or into the burrows, and that’s increasing the temperature, that could potentially have impacts on the development of an egg or a chick.

“That’s a big, important question for us to start looking at. We’re really at the beginning of trying to understand it.” 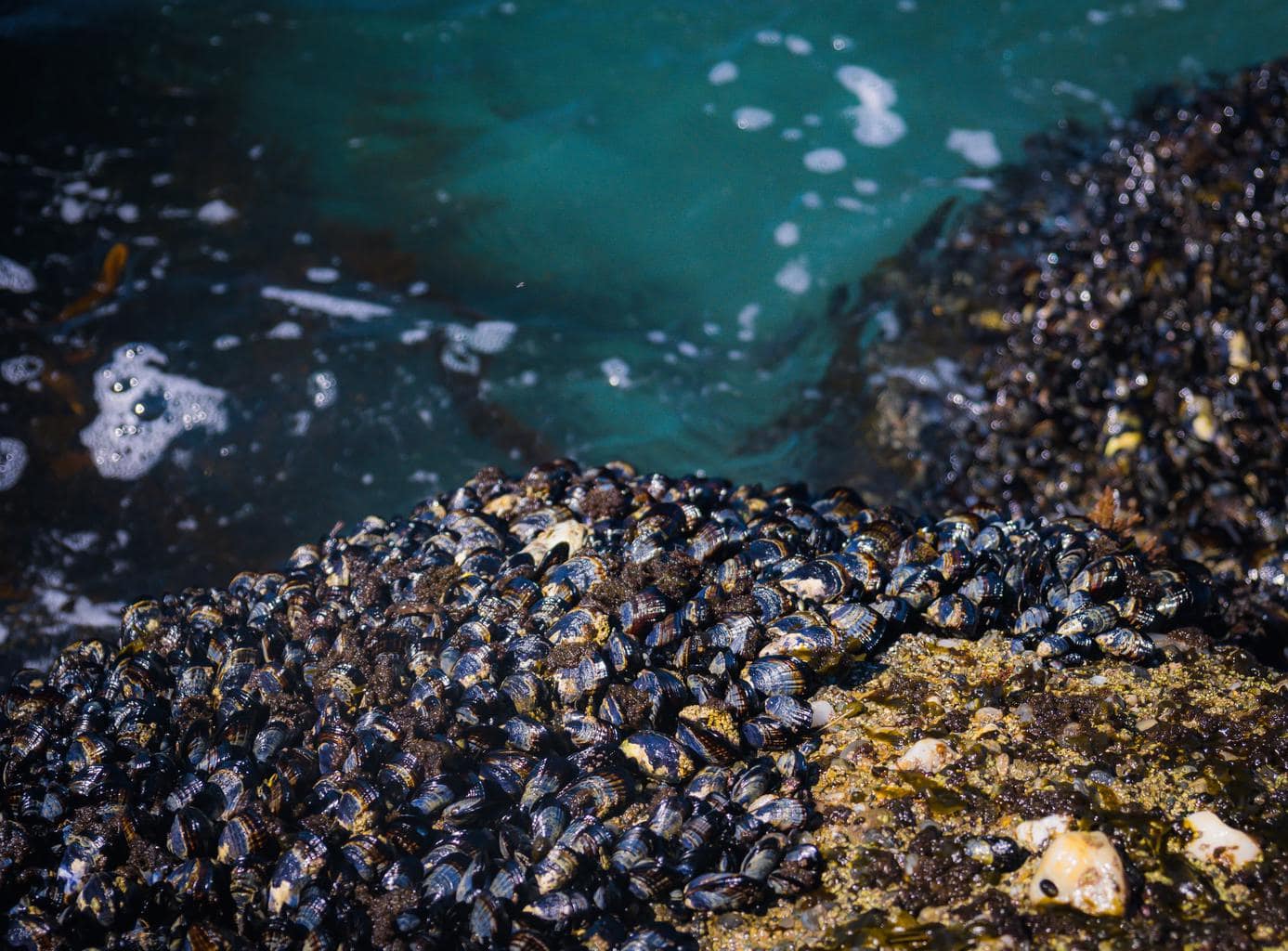 The effect from small creatures to ecosystems

It’s not just the wildlife and evident creatures—microscopic communities get the bad stuff too. Bacteria and tiny invertebrates like barnacles can be highly sensitive to temperature. Therefore, more extreme daily highs and lows could let some organisms thrive while others perish.

Auty said, “We talk about sea turtles because they’re charismatic, but temperature changes would also affect invertebrates and microorganisms and soils. They’re really the foundation for coastal, intertidal ecosystems, and they could be incredibly vulnerable to these temperature changes”

When the foundation is weak, that could change everything and topple ecosystems. Borelle said, “If plastics in burrows affect the soil biota, that could impact mites or other disease-carrying microorganisms. With climate change, that’s already an issue for seabirds.”

We sometimes forget that animals get natural diseases too, which can be exacerbated by human made change. Plastic-driven temperature changes may accelerate the spread of avian malaria.

And when negative effects get up to the food chain, whole species or populations could suffer. Those tiny changes could eventually become something big, visible impacts.

According to some of the scientists, humanity should also look for other ways to protect and toughen ecosystems. While carrying out research in Antarctica, Borelle stumbled across plastic bottle rings and therefore suspects the damage’s already done—it’s too late to focus on cleaning up plastics.

Borelle believes that efforts should shift on making species and ecosystems resilient to threats that are better understood.

“Unfortunately, it’s like climate change. We’ve already done a lot of damage to the environment with plastics. o at this point, I think it’s more about finding ways to mitigate other threats and buffer those populations to try and avoid further declines, or the cumulative impact of multiple threats,” said Borelle.

Similarly, Clarke stated, “The populations with the most potential to adapt and to be resilient to environmental change are healthy ones, so conservation efforts need to focus on not just temperature and climate change, but all threats turtles face, from pollution, to overfishing, to exploitation.”

The scientists believe that the core of this problem is global plastic consumption. Addressing that and will help these ecosystems survive.

Auty said, “We have filled the atmosphere, the oceans, the world with plastics, and there’s no way to reverse it, which is terrifying. There really is only one solution, and that is to stop buying and producing plastic. And then hopefully things will recover.”