You are here: Home / Hello Earth / The Plastic Problem in Guatemala: Can We Fix It?

We are not going to talk about geography here, but we just want to tell you upfront that the country has such a big population. And for your information, the whole population of the country is going to be affected by their own decision in the future.

The thing that we should pay attention to is how the country can become the victim of its own irresponsible plastic littering. What’s worse, even some of the citizens are ‘enjoying’ to pollute the waterways. What an irony since the country has been fighting plastic like crazy in the past years.

Here, in this article, we are going to talk about plastic pollution in Guatemala, and how the battle is carried on. 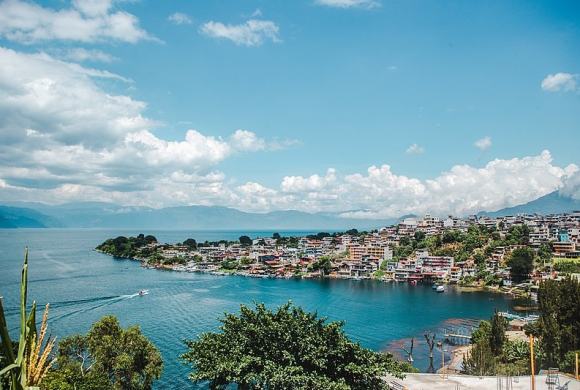 Located in southwest of the country, San Pedro La Laguna is one of the country’s most beautiful cities. However, that’s not always the case. Before 2016, if you visit the city, you might be surprised to discover the city covered by single use plastics.

Thanks to the city’s major decision to wage war against plastic, the condition of this city is now a lot better. Before, the city where Lake Atitlan located was full of plastic shopping bags, food wrappings and Styrofoam trays that fills up the landfill.

A lot of those things also end up in the lake and pollute the natural wonder into a phase where the ecosystem was damaged. Funny enough, the initiation to fight plastic waste was opposed by residents who were accustomed to the convenience that plastic brought.

However, with hard work and dedication from municipal government who provided alternatives to plastic containers, the change began to show. The officials even went as far as giving education to the resident’s house to house.

The success to fight plastic pollution back apparently is not for everyone in Guatemala. Up until nowadays there are still beaches and rivers full of plastic, especially single use plastic, up to the dangerous level. So, what do they do? 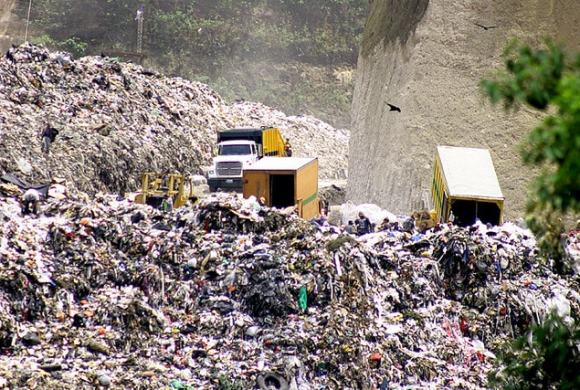 After talking about the San Pedro La Laguna, what if we take a peek at other places, like in the country’s capital of Guatemala City where its only basurero is located? Basurero is what we usually call as garbage dump, and yes there is only one of it in the entire country.

Even though there is only one in the whole country, but the size of this basusero is humongous. It is the biggest garbage dump in the entire central America. This garbage dump is the place where over a third of the country’s total trash, especially plastic, end up in.

The thing with being the only garbage dump in the country means that the amount of trash collected in the place from back then to nowadays is unimaginable. In 2016, a viral video showed a massive garbage landslide that killed three trash pickers there.

Wait, so there is around two third of the country’s trash that doesn’t go to the only garbage dump in the country? What happen to them then? Big part of them goes into the waterways, and finally end up either in the ocean, the beach, or just fall apart and become microplastic.

Things will just get worse when rainy season comes. It is believed that 80 % of the plastic waste on land is the result of mismanaged waste in the country. The uncontrollable amount of waste in the river results in clogging and you can guess the rest.

The gap that Guatemala’s waste management has when compared to developed countries like USA is too big to be ignored. From the information above, you should have known that the country is lack of proper waste management.

The problem is, plastic consumption between the two countries doesn’t have such huge gap in difference. We know that the industry keeps saying that plastic can be recycled multiple times, but what actually happens is not like what is said.

Recycling only happens to less than 9% of plastic produced, and that’s the data from United States of America where everything is so advanced. In Guatemala, the number cannot reach that height, let alone multiple recycling.

Most plastic in Guatemala, like mentioned above, are thrown away into the river and finally end up in the coast if they cannot enter the ocean. This is the reason why 4ocean, a company from Florida, try to prevent the entrance of plastic into the Guatemala’s ocean.

By collecting the plastic waste, the company is then giving second life to all of the collected plastic waste by converting them into various products. Some of the examples are jewelry, bracelets, face masks, shoes, apparels, and beach gears. 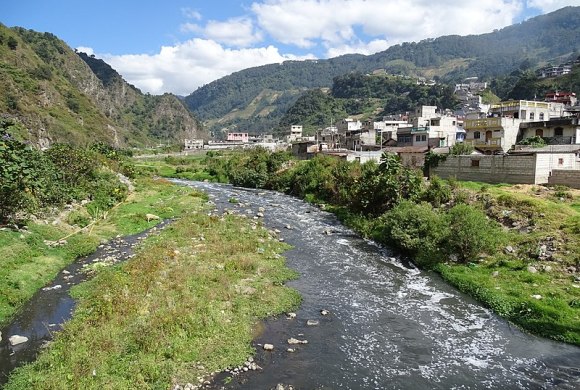 One of the strategies that Guatemala officials and 4ocean are conducting is by putting a fence to entrap the floating plastic waste. This method is considered as more effective than sending vessels into the ocean to harvest floating plastics on the ocean.

“Instead of sending vessels into the open ocean, our crews will focus on recovering plastic from the Rio Motagua and high-impact areas along the coast in the Gulf of Honduras where massive amounts of trash accumulate,” as stated in the company’s website.

The process has significantly reduced the amount of plastic laying in the shore in Guatemala. “With the support of the clean ocean movement, 4ocean will help write the playbook that teaches the world how to clean our oceans and keep them clean,” as stated in 4ocean web.

So, what can we get from this information? Tackling plastic waste is more than just waiting for the end product to come to you. being proactive like in San Pedro La Laguna has proven itself to be the most effective way to tackle plastic problem.