You are here: Home / The Species / Researchers Have Found Living Organism In Impossible Place

Nature can never stop to amaze us with incredible things, and researchers have recently found another amazing thing. It is not a giant bird, nor a living dinosaur, but it is something small that defies all our common senses.

We know that most living creatures require the presence of sunlight to live, even though the amount is not always that much. In example, plants need the sunlight to do their photosynthesis process, while animals including humans need the warmth of it.

Apparently, not every single creature requires the presence of sunlight to live, such as fanged crustacean, blind cavefish and Hades centipede. However, their lack of needs of sunlight is because they have evolved in particular way that even when this planet is in total darkness, they can still live the way they are.

But this time, it is different, what the researchers found was something totally mind blowing. A kind of microorganism that we long believed totally dependent on sunlight is actually living in total darkness for thousands of years. What is this?

The Sun For Photosynthesis 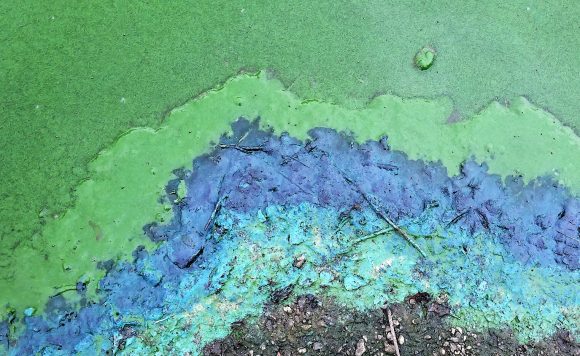 As mentioned before, almost every single living organism needs the presence of the sun whether for its warmth and or its light. Plants need both the light and the warmth to do photosynthesis process and live, while we need the warmth it gives.

Sun, especially its warmth and light, has been one of the main reasons why we are here in this planet right now with any other organisms occupying this planet. Sunlight has been the biggest support for our presence and the biggest helper for our survival in this vast universe.

And this case of dependence doesn’t only apply to large creatures like humans and animals, even microscopic organisms also need the presence of the shiny sphere up on the sky. For example, let’s take the biggest contributor of oxygen in this planet: phytoplankton in the ocean. They get their foods from photosynthesis that definitely requires sunlight.

Another kind of photosynthesizing microbe that we know is cyanobacterium, a kind algae known for its blue-green color. This microscopic bacteria can be found everywhere on earth, from the scorching desert to the cold ocean.

This is the reason why researchers, and the rest of the world, thought that the blue-green bacteria are highly dependent on sunlight. Without sunlight, there should be no way they are able to do the food-making process. And this is why the newest research surprised the world. 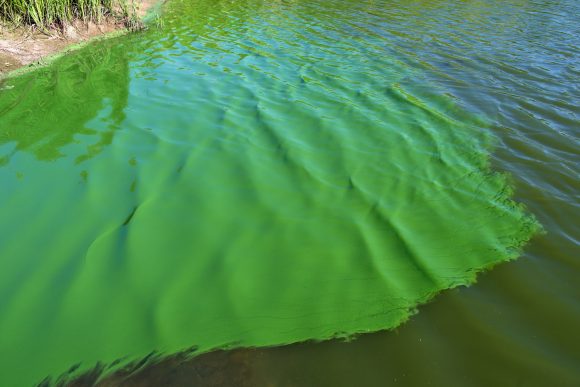 Ancient Cyanobacteria were thought to be the first organism to produce and release oxygen to this planet during the earliest stage of its birth. The event, however, dramatically changed the composition of earth’s life forms, from a planet of anaerobic organisms to the planet that we know nowadays.

The thing is, such huge contribution to modern society was thought to be done by early cyanobacteria population near the surface of the earth. No other because they produced and released the oxygen from photosynthesis process.

Surprisingly, a study conducted by a team or researchers in Spain, Germany, and United States found something interesting about it. They found a type of cyanobacteria living about 600 meters below the ground.

In such condition, the bacteria should have never seen sunlight, thus it should be impossible for them to survive by photosynthesis. “When you think of cyanobacteria you think of photosynthesis,” said Dr Fernando Puente-Sancheza, the leader of the study.

What’s Wrong With That? 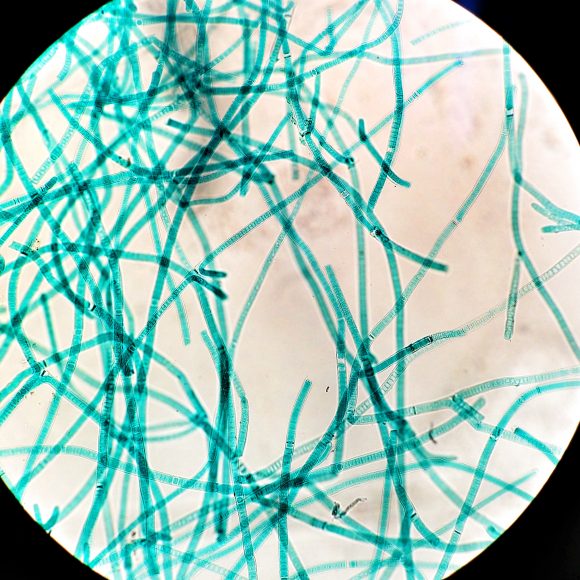 So, researchers found a group of photosynthesizing bacteria beneath earth surface. What’s so special with that? What’s wrong with their existence beneath the earth surface where zero amount of sunlight can penetrate it?

If only they were different from ‘normal’ cyanobacteria, then it would be just another discovery of different species. But after the team studied the microorganism using microscope, they found out that they are as much the same as the ‘normal’ ones.

The only difference is something very genetic in their bodies. The subterranean bacteria have the ability to produce enzymes that can convert hydrogen into energy. Thus, they don’t need the presence of sunlight as long as they are provided with hydrogen.

Indeed, researchers found small hydrogen pockets in rocks where the bacteria were found. Researchers said that it must have been the result of hard will and long fight for survival. Not so many species can do such evolution work, especially underground.

As researchers said, for subterranean species there is only “minimal opportunities for the introduction and propagation of beneficial mutations”. They have to be able to evolve even though they are facing “severe nutritional and environmental stresses”. 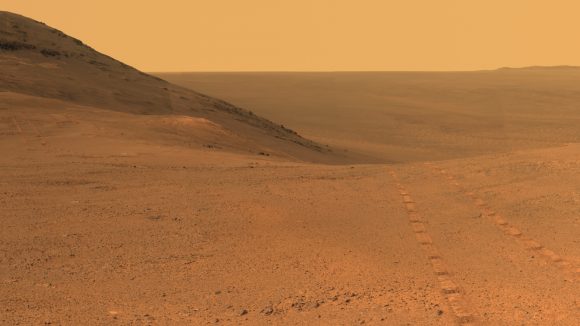 The elaboration of this study might lead us to finding life in other planets, such as Mars for example. The existence of subterranean bacteria whose species can also be found on the surface can be a great cue.

We know that cyanobacteria were the pioneers of other living creatures in this planet’s surface. And when we can find them in another place outside this world, maybe we are allowed to assume that there is life in those places.

In addition, when the bacteria can be found underground on earth, what makes we think we can’t find such existence in Mars too? There is a possibility for such existence to also exist in the red planet, since the planet’s underground condition might not be as extreme as the surface.

“The subsurface is a good place to live on if you are on Mars. On the surface in Mars there is almost no atmosphere so you get a lot of radiation that could damage life. If you go some metres below the surface then you are protected, it is a very stable environment,” Puente-Sancheza explained.

With further research, maybe the discovery of ‘scientific’ aliens is very close to us. Who knows when will the rover find similar subterranean life in some corner of the red planet tomorrow?

Remember the 330 Dead Elephants in Botswana? Toxic Algae Is the Answer