You are here: Home / Hello Earth / Meet SoFi The Fish Robot That Love To Get Close To Real Fish

People said that we have mapped the space much more than we do to the ocean. That’s why the deep dark ocean remains to be the most mysterious place on earth. But why did we prefer to do more effort exploring the space up far than the ocean laying next to our lands?

But we are homo sapiens, the thinking primates, and we love to unravel mysteries. Somehow, we still have some kind of passion in exploring the deep dark oceans. And since money and safety are the two main concerns in the investigation, it became the main concern for the researchers.

An innovation from Massachusetts Institute of Technology in United States might become the answer for our desire. The innovation is called SoFi, the robotic fish. In this article, let’s talk about this tiny little swimming robot. 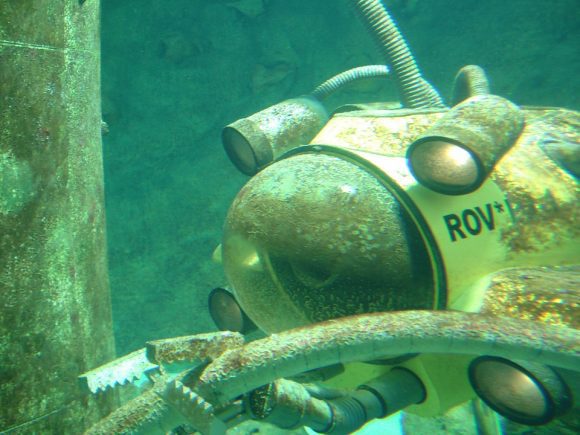 Unlike space exploration, where we all faced to the vacuum of pressure, the pressure of deep water is the biggest enemy for human to explore the ocean. In space, scientists had found some exact calculation to prevent the vacuum affecting the spaceships and causing it to outburst.

However, there is not any exact calculation of the pressure in the deep water, since the deeper we go the more pressure we get from the weight of the water. Any small mistakes in the calculation might result in the submarine getting crushed into a tiny cube, along with anything inside of it including human.

That’s why, manual exploration using submarines to map the ocean floor is pretty risky. But not every exploration needs to be done manually. We can use robots with cameras attached to do it for us, while we can just safely control the exploration from above sea level.

Clinging to that idea, a group of creators from MIT’s computer science and artificial intelligence lab CSAIL tried to make a breakthrough in ocean exploration. They decided to create a robot which may allow us to learn more about the large water body better.

After some hard work, they successfully created a robot that they consider as the best one to do the job. The name is SoFi, a robotic fish that can be controlled from the lands without getting our hands wet. But haven’t we made such kind of robots to explore the sea before? Indeed we have, but SoFi is more than just such kind of robot.

As Close As Possible 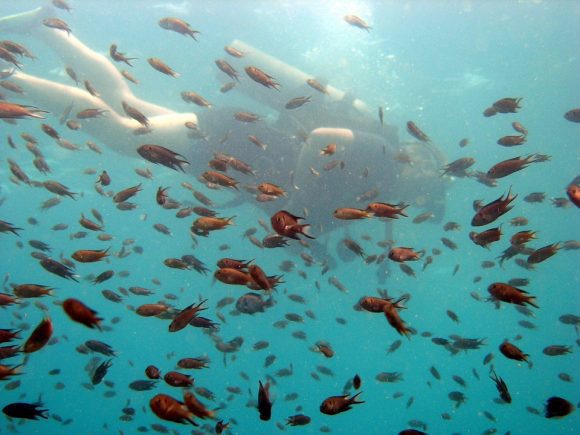 Former generations of sea exploration robots which require manual control usually come in particularly big size. Most of the times, their existence will scare the smaller fish out which will then provide us less information about some kinds of fish.

Not only that, usually the robots are controlled using visible cables or some kinds of radio frequency. Both communication methods can disturb real fish in the ocean. Again, it is ineffective for the researchers to get closer to the marine life.

SoFi can automatically swim in the ocean just like a fish. In other word, the robot is disguising itself as just another tiny fish swimming in the ocean. It can also be controlled by using ultrasonic communication system whenever the researchers need more details about specific things.

There are two positive points that we can get from it, first the existence of the robot most likely won’t scare the little fish away. Second, because it can be controlled using ultrasonic communication system, it lacks of wires and other kinds of disturbing communicators to get close to real fish.

“We are excited about the possibility of being able to use a system like this to get closer to marine life than humans can get on their own,” said CSAIL PhD candidate Robert Katzschmann, lead author of the study, to MIT News.

With about only 25 centimeters long and weight about 2 kilograms, SoFi resembles real small-sized fish. However, it can dive up to 60 feet down silently without causing any disturbing noises. The propellers attached were designed to be as quiet as possible to avoid disturbing real fish.

With small battery attached to it, SoFi can do its work for about 40 minutes. And to spend its time underwater, using high-resolution fish-eye cameras attached to its head it can both record and take picture of any kinds of marine life it encounters.

Since SoFi was designed to resemble real fish as much as possible, scientists can freely command it to get close to other fishes without causing any disturbance. Thus, any detailed information should not be missed, even when the fish are hiding in the coral formation SoFi can just sneak up to them.

“It could be an extraordinary tool for studying marine biology. To find out about the secret lives of animals that live underwater, we need to collect more data. This could help,” said CSAIL’s Daniela Rus, a co-author of the paper to The Verge.

SoFi is more than just automatically moving robotic fish. It is also an innovation worth noticing, since it opened up so many possibilities in the future of ocean exploration. Not only for the shallow water marine biology exploration, but it is possible in the future that it can do the deep water exploration.

Currently, the robot is only protected with plastic housing using 3D printing method. However, the scientists have planned in making the robot stronger against bigger water pressure to make the robot able to swim deeper without worrying about the pressure.

Accompanied with better and longer lasting energy source, SoFi might be able to roam the bottom of the ocean and collect data about deep sea creatures. For further application of this small robotic fish, the scientists also plan to release a swarm of SoFis to the ocean, so we can collect data about the ocean life much more effectively.