You are here: Home / Eureka Green / Kuwait Is Giving New Life to the Biggest Tyres Graveyard

Have you ever counted how many times have you changed the entire set of tyres up to nowadays? How many tyres have accompanied you this whole time? Ever imagined where did your old tyres go to after you worn them out and you replace them with newer ones?

The presence of old used tyre might be subtle in most places because they are well-hidden in the landfill or recycled before even getting there. But if you see the earth’s biggest tyre graveyard in Sulaibiya in Kuwait, you will immediately understand how consumptive we are toward tyre.

Makes sense, because after you feel something is a little bit off about your tyres, of course you want to change them for safety reasons. This world consumes a lot of tyres every single day, because averagely a tyre can only run around 30,000 kilometers before losing their grips.

How bad is the ‘tyre pollution’ in Sulaibiya? What have been done to at least make it less bad to the environment, and what’s actually the effect to the environment? here in this article we are going to talk about it.

Graveyard of the Tyres

What comes o your minds if we are talking about the graveyard for tyres? Can you even imagine a graveyard for used up tyres which have lost their grips? Even though it sounds almost impossible, but this world actually has one.

Located in Sulaibiya, small town in Al Jahra Governorate, Kuwait, the graveyard has existed since 2010. Even though we call it as graveyard of the tyres, but actually it is just a landfill but the whole content is used up tyres.

According to previous statements by Kuwaiti activist Abdullah Al-Bunyan, there are around 50 million old tyres in the graveyard. All of those worn-out huge rubber bands were just left there without any further processes.

All of those 50 million worn-out tyres are just left in square piles forming a formation that looks like Catalonia from the above. Of course the tyres graveyard is without the beauty of the city in Spain, because it is just piles of black worn-out tyres.

All of those tyres came from anywhere around the country, in addition to the country itself. It proved how not eco-friendly our automobile usage. In addition to producing airborne pollutants, we also produce worn-out tyre that cannot biodegrade by themselves. 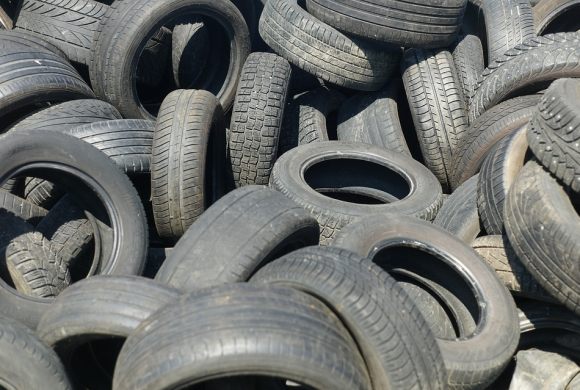 You might want to check the condition out by looking on some YouTube videos talking about this thing, because it was just an incredible scene. And maybe today YouTube is the only place you can see the graveyard of tyre, because Kuwait government is transforming it into something new.

What used to be a graveyard for around 50 million tyres is going to be a new smart city. Wait, how can? It all started with frequent fire busting in the place that made residents of the city frustrated and scared. We all know that tyres are highly flammable once ignited.

One example of the horror is when a huge fire burned around a million tyres back in October 2020. According to KUNA, the fire blazed through 25,000 of the site’s one million square meters and thick black smog colored the sky as a result.

Asseel Al-Ragam, Associate Professor of Architecture and the Vice Dean of Academic Affairs, Research and Graduate Studies at the College of Architecture at Kuwait University explained why such kind of fire is just natural to happen in graveyard of tyres.

“Tires are notoriously difficult to ignite; they have to heat up to a very high temperature ~400 C to catch on fire and once they do it is very difficult to control. Most tyre fires around the world are a result of arson or lightning,” Al-Ragam explained.

What to Do With the Tyres? 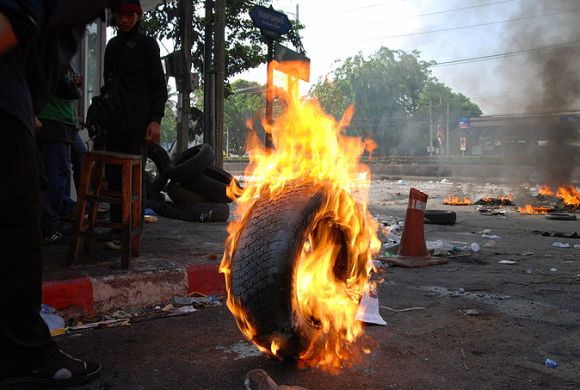 Let’s get back to the topic about turning the graveyard into smart city. So, wha t should be done and have been done to reach the target? There are several things that we can talk about, and it should start with getting rid of the tyres.

Just like mentioned above, burning them is not a good answer. But starting this February, recycling process is done by EPSCO Global General Trading. The recycling company transform the millions old tyres and give them new life.

The tyres are shredded into smaller pieces and pressed into forming rubbery colored flooring tiles. The tiles can be used as the floor of children playground, so that children around the area can have safer floor to play on.

“The factory is helping society by cleaning up the dumped old tyres and turning them into consumer products,” said EPSCO partner and CEO Alaa Hassan from EPSCO. The final product is also going to be exported to neighboring gulf countries and Asia countries.

The company said that they can recycle up to 3 million tyres a year, which is a great help to protect our environment in addition to the progress of the new smart city. The government of Kuwait hoped that this is just the beginning of the story, and more companies are interested to join to make the cleaning progress farter.

The Importance of Recycling 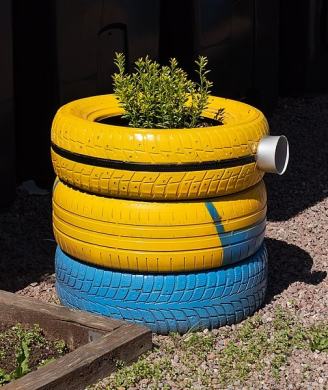 Kuwait is one of the members of OPEC which has abundant oil deposit below its ground. The country with around 4.5 million people recorded the possession of around 2.4 million vehicles. That’s a huge leapt of numbers from 2010 with 1.5 million vehicles owned.

The number of vehicles in the country will only keep on growing year by year, and of course the amount of tyres consumed will multiply in no time. Furthermore, the number of worn-out tyres being thrown away into the graveyard will also increase.

The initiative to start recycling the worn-out tyres is such a fresh air because it means the growth of the graveyard will apparently stop. But there is always a better thing than solving the problem, which is preventing it before it gets too complicated to solve.

Tyre is actually pretty easy to recycle, and there are a lot of recycling plants or small to medium industries that would open heartedly receive worn-out tyres. It is up to us whether or not we want to participate in the cycle.