You are here: Home / Eureka Green / Do We Still Need Fossil Fuel to Run Vehicle? Maybe Not

Let’s talk about how we treat our planet every single day, starting from how we are going places. First thing first, what kind of vehicle do you use? Is it still fueled by liquid corpse of dinosaurs, or electric but your electricity is fueled by the solid form of the liquid corpse?

Yes, the problem with modern mode of transportation is that we depend highly on fossil fuel. We cannot deny that fossil fuel is still the favorite fuel whether it is directly or indirectly (like in electric cars), because both the producers and customers keep supporting the consumption.

However, it doesn’t mean that fossil fuel is the only source of energy we can use to make our vehicles move. There are many other alternatives that we may use, but is still not supported enough to make the breakthrough.

That’s why, in this article, we want to talk about the alternatives to fossil fuel.  Some of them are already doable, while some may still need a little tweak to make it available for public. Spoiler alert, some are very unique!

It has been a formidable idea to create vehicle that runs solely fueled by water, because as we know that engines need to burn fuel while we cannot burn water. However, some concepts showed that it might be possible.

So far, the most possible method is by utilizing water electrolysis. The process is done by separating hydrogen and oxygen in water molecules and consumes them separately. Both gasses are highly combustible gasses, thus burning it to move the engine is possible.

Some of the most notable claims are Garret Electrolytic Carburetor, Stanley Mayer’s Fuel Cell, Dennis Klein, Genesis World Energy, and Genepax. While each has different concept, but overall their idea is about separating hydrogen and oxygen.

The concept is indeed doable, but it needs sophisticated technology to be done. In the meantime, some groups of people believe that it is up to conspiracy from evil elites that there is none of them succeeded to make it mass produced. 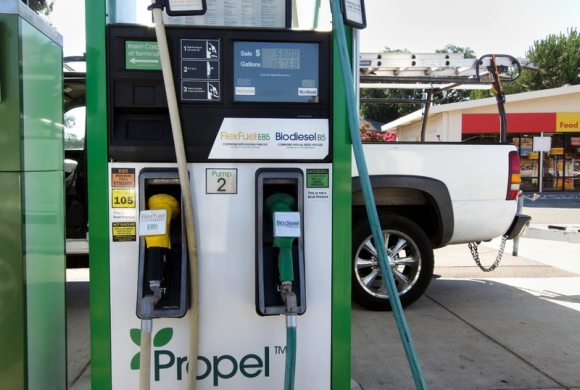 Have you ever imagined going to restaurant to get some fuel for your vehicle instead of gas station? If you think that’s some stuffs can only be done in cartoons, think again. We can actually do it starting from today if you want.

The technology we are talking about is called biodiesel, and we are sure that you have heard about it somewhere. Biodiesel is pretty similar to conventional diesel fuel, but is made of plants instead of the dirty fossil fuel.

But what kind of engine can run on biodiesel? Any kind of diesel engine can, and we don’t need any modification to the mass produced diesel engine cars. If you own one diesel engine vehicle, you can literally just go to any restaurant and ask for their used cooking oil to fuel your vehicle.

Yes, the biodiesel we are talking about is almost similar to cooking oil. But the real biodiesel sold in gas stations are modified with ethanol, glycerin, and catalyst to prevent clogging in the machine. And even though it sounds funny, but biodiesel is actually superior to fossil fuel.

Biodiesel is far less toxic, burns cleaner, easy to be produced locally, reduces waste, and renewable. The only reason why we are not using it enough is because there is still not enough production of it to replace mass-consumed fossil fuel.

The next alternative is using solar energy as fuel to run your vehicle. This concept might have come to your mind some time earlier, but don’t you know that this concept is not as easy and practical as we always thought?

The biggest problem to solar-powered cars is what always happens every day: nighttime. We cannot rely on our vehicles only during the day and walk anywhere we want during the night. We need a vehicle that can be used anytime.

But it doesn’t mean that solar energy vehicles are already at dead-end. There is a method that researchers are developing so that we can rely on the energy of the sun to roam this planet like what satellites do in outer space.

The concept is by developing battery that can store the energy harvested from the sun, and utilized anytime we need. This concept is almost similar to electric vehicles, with the only difference is we charge the battery by parking under the sun instead of plugging it in into electric socket.

Solar-fueled vehicle is a good idea that we can apply in area where sunlight is abundant such as tropical lands or desert area. Just like how we are dreaming of planting abundant solar panels in Sahara desert, maybe it is worth trying to also use solar-fueled vehicles to transport the parts.

And finally, just as creative as our minds can be, the last but not least concept of green vehicle is fueled by something that we never thought of. How would you explain a vehicle fueled by gas emitted by the swamp or ditch?

Introducing Uitsloot, a concept of green vehicle from Netherlands, engineered by Gijs Schalkx. The word ‘sloot’ means ditch in Dutch, and Schalkx used this word because the motorcycle he developed needs to be fueled with methane he harvests from the swamp by manually pumping.

The methane is stored in a balloon located at the back of the bike, and as the gas is consumed the balloon is deflating.  The modified Honda GX160 is also modified with pedals, so that when the engine runs out of methane he can still go to where he can refill the balloon.

The harvesting process is done with the help of floating overturned container which gathers occurring methane. And, do you know how much time is required to fully charge the bike that can go up to 20 kilometers in one full charge?  8 hours.

“Driving an electric car does not mean that you are exempt from the oil circuit on which our society runs. Throwing more money at a problem won’t solve it, we are the problem and we have to change,” said the inventor.

Jet Engine that Runs Without Fossil Fuel? Is This a Dream?