You are here: Home / Hello Earth / We Already Eat Plastic Every Day, Time To Use Edible Plastic?

What did you eat for breakfast this morning? What if we tell you that you ate plastic, will you believe it? Well, in fact you might be eating plastic everyday already. Newly published study found out that yes we are actively consuming plastic already.

Researchers have predicted that it would happen in the future, but apparently this specific case of direct plastic consumption in human comes sooner than predicted. It implies that plastic is already everywhere, from the water we drink, the food we eat, and the body we live in.

How bad is it, and how unhealthy is it? In this article we are going to talk further about this. 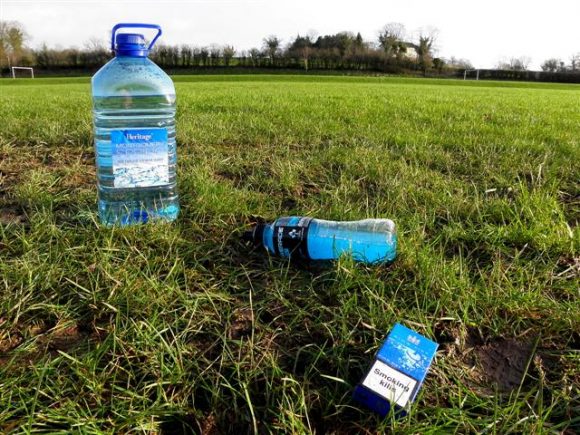 The presence of plastic in our food, and eventually in our body, is a kind of contamination. There is no other possible way that the plastic is produced by the living creature’s body, or our body. It must be because the living organisms, humans and animals, are in some way let the plastic go inside their bodies.

As stated above, the contamination doesn’t come from only eating fish or any other marine animals. And yes, plastic has been discovered contaminating marine food chain. Microplastic is now getting into plankton, mollusks, fish, sea turtles, and sea birds.

A study conducted earlier found plastic pieces in any size from dissecting marine creatures carcasses. And yet this is not the main case in the newest study, since plastic has been found in human body even in those who live remote areas where fish consumption is low.

In other words, the environment around us has been polluted by plastic in a whole new level. The pollution level has already been so acute that our daily activity gives us the contamination that was not supposed to happen.

We are facing a new enemy nowadays, and this fight is more like fighting a ghost. We know it exists in the battlefield, but we can’t see it. We still don’t know where and when it will hit us, and the only thing we know is that it already harms us. 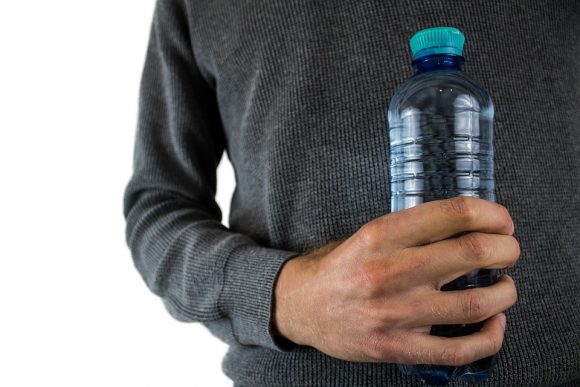 So, how did researchers know that we are facing a whole new level of enemy? It all started when a group of researchers from Medical University of Vienna conducted a study to learn more about human plastic ingestion.

The sample was 8 human subjects from Europe, Russia, and Japan with different lifestyle and living in different environment. The researchers collected the samples’ stool and examined it in the lab to find any signs of plastic ingestion.

However, what the researchers found was more than just a ‘sign’, but rather a prove. Out of eight human samples, all of them showed plastic ingestion in their stool. The size of plastics were various starting from the grain of sand to the grain of rice.

8 different people, with different habits, different sources of food, and thousands of miles away  from each other yet gave us the same result. This might imply that human plastic ingestion has become a global problem.

Not only that it has spread all over places, but the kind of plastic being ingested by the samples were also various. Among 10 kinds of plastic known nowadays, there were 9 kinds of them found, leaving only one kind of plastic weren’t found in the 8 human samples. 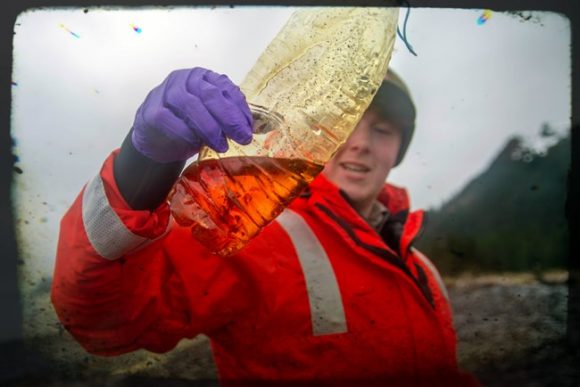 Human plastic ingestion is definitely not a good thing to be discovered. But we know that this is not a surprising thing anymore. We should have realized that sooner or later this kind of thing is going to happen to us.

“This is the first study of its kind and confirms what we have long suspected – that plastics ultimately reach the human gut. Of particular concern is what this means to us, and especially patients with gastrointestinal diseases,” said Dr Philipp Schwabl, the lead researcher of the study.

We also already know that in some way plastic ingestion will affect our health. Yet, researchers are still figuring out what kind of health problems that it can cause. There is still not enough proof about how plastic can affect human health.

“Now that we have first evidence for microplastics inside humans, we need further research to understand what this means for human health,” said Schwabl. How much microplastic ingestion is too much and will microplastic beads turn into dangerous chemicals are the things being studied.

Researchers have found microplastic in a fish’s liver, meaning that there is a possibility that microplastic is capable of getting through digestive tissue into other body parts. “The smallest microplastic particles are capable of entering the bloodstream and lymphatic system and may even reach the liver,” said Schwabl.

Where Can We Get It?

The next question is how can we get microplastic in our bodies. The first possibility is from food, especially those that come from the ocean. It doesn’t mean that nowadays fish are not safe to eat, but proper processing is highly required.

But it is not always about eating sea creatures. Scientists have also found a kilogram of salt might contain about 600 microplastic pieces. And if you eat a lot of salt everyday, there is a chance that it would be your main source of microplastic.

Again, the problem is not about how highly contaminated marine resources are. But how we have contaminated the ocean with a lot of plastic, which cannot be decomposed naturally.

“I’d say microplastics in poop are not surprising. For me, it shows we are eating our waste. Mismanagement has come back to us on our dinner plates. And yes, we need to study how it may affect humans,” said  says Chelsea Rochman, an ecologist at the University of Toronto.

We already have decomposable, even edible alternatives to plastic. So, why don’t we just use it instead of conventional plastic?